With hydration comes urination. There's no point in fighting it. 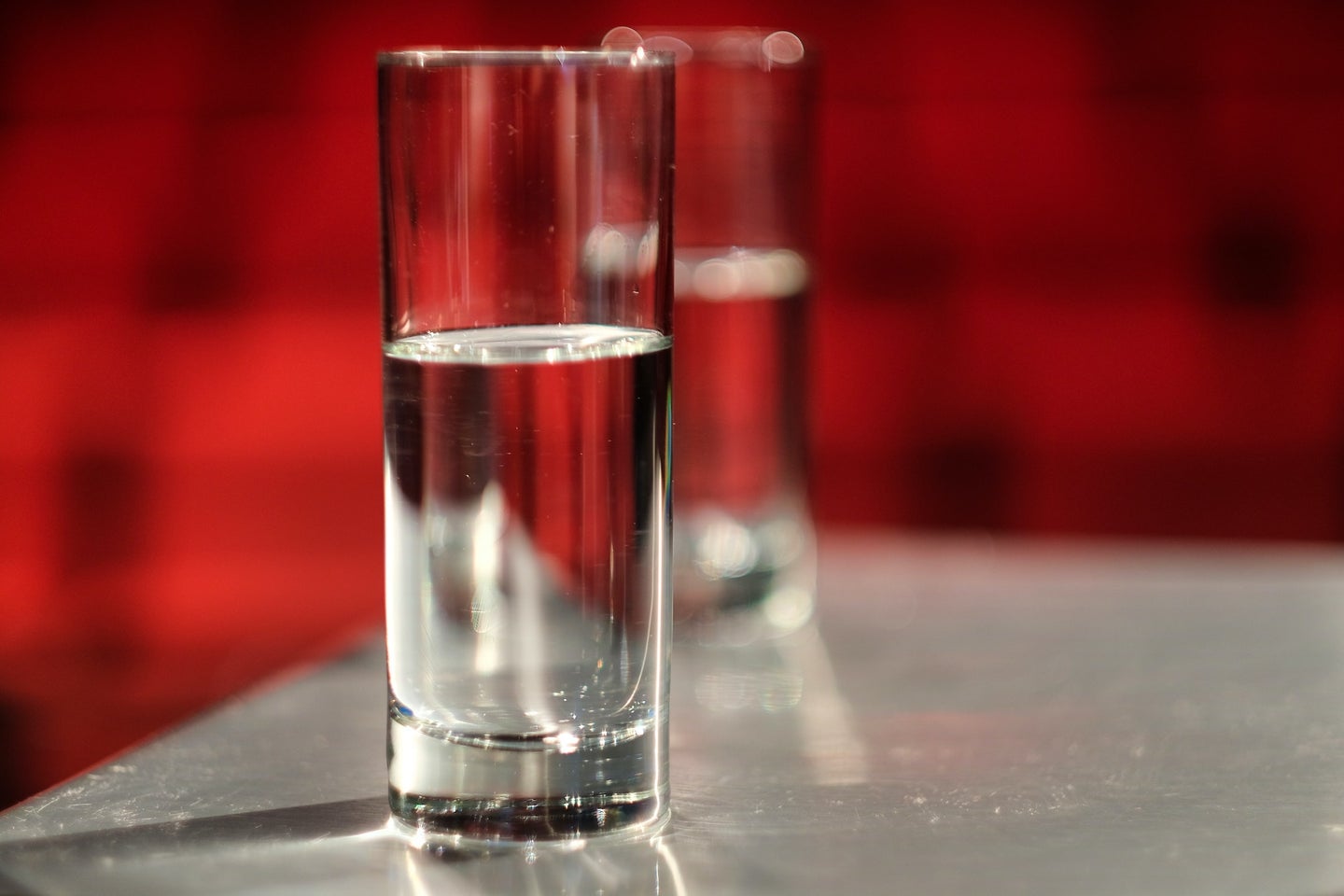 Plain, ol' H20 is all you need. Lennart Schneider via Unplash
SHARE

The person in the video looks puzzled, even troubled. They’ve finally gotten into the habit of drinking plenty of water every day. The problem? They’re also peeing all the time. But wait! The social-media text overlay has an answer: All that hydration is passing straight through them, because the body needs minerals to help it absorb water. So, they reach for a pinch of salt. Yes, salt.

As the hot, water-guzzling days of summer descend, videos like this one are circulating more and more. Are there reasons to supplement your salt intake? Sure. But is running to the bathroom less one of them? Absolutely not.

Fundamentally, the idea of seasoning your beverage to stop the wet stuff from flowing right on through your system isn’t wrong. Sodium binds to water, which helps maintain the balance of fluids in the body. Losing too much salt—a deficiency called hyponatremia—can lead to muscle cramps and other ill effects. Excess salt, however, may also lead to excess retention. That means excess bloat—i.e., you might be relieving yourself less often, but will likely experience other uncomfortable side effects.

Related: How to time bathroom breaks at the movies

While the idea of mineral water isn’t wrong or harmful in and of itself, dropping sodium into tap H20 does not a mineral water make. That class of hydration is typically bottled at a natural source and includes naturally occurring elements like calcium and magnesium—and, yes, sodium. Aside from bloat, extra salt might do more harm than good, especially where blood pressure is concerned. Besides, most of us get more than enough of the brine-y stuff from foods on a daily basis.

A little extra salt may help boost electrolytes before or after an intense, sweaty workout. But exactly how much of those essential solubles we lose during exercise and therefore need to replace is still unclear. Ultramarathoners have also long believed they need salt tablets to help them replace lost electrolytes to avoid cramping, nausea, and fatigue during long races, but there’s no strong evidence of any real benefits.

As far as the everyday person goes, pinching in some Pink Himalayan just doesn’t make sense. The most important thing is to stay hydrated.

Let’s review what that means: First, we must accept that there’s no golden rule for how much water we need on a daily basis—and even what an individual might need to guzzle can change over time. The amount you exercise, the current weather conditions, and underlying health conditions all influence how much water you need.

Second, pretty much any liquid is hydrating to some degree, but you have to balance how much good any particular cuppa will do with its negative effects. Coffee, for example, is mostly liquid (good!) but caffeine is a diuretic, which means it gives you the urge to pee (bad!). Research has also found that juices, sodas, and sports drinks make people more hydrated not because they’ve cracked some magical code for getting your body to hang onto more of the wet stuff; we simply chug more quickly because sugar tastes good.

And, finally, there’s not even a right or wrong amount of times a day to pee. Urination frequency is tied to lots of things—from age to genetics—and fluid intake is one of them. That’s just the way it works. Sudden and unexplained swings in bathroom time can certainly indicate a bigger issue like a urinary tract infection, but peeing more because you’re drinking more isn’t a problem worth solving.