How to avoid the mid-movie bathroom break 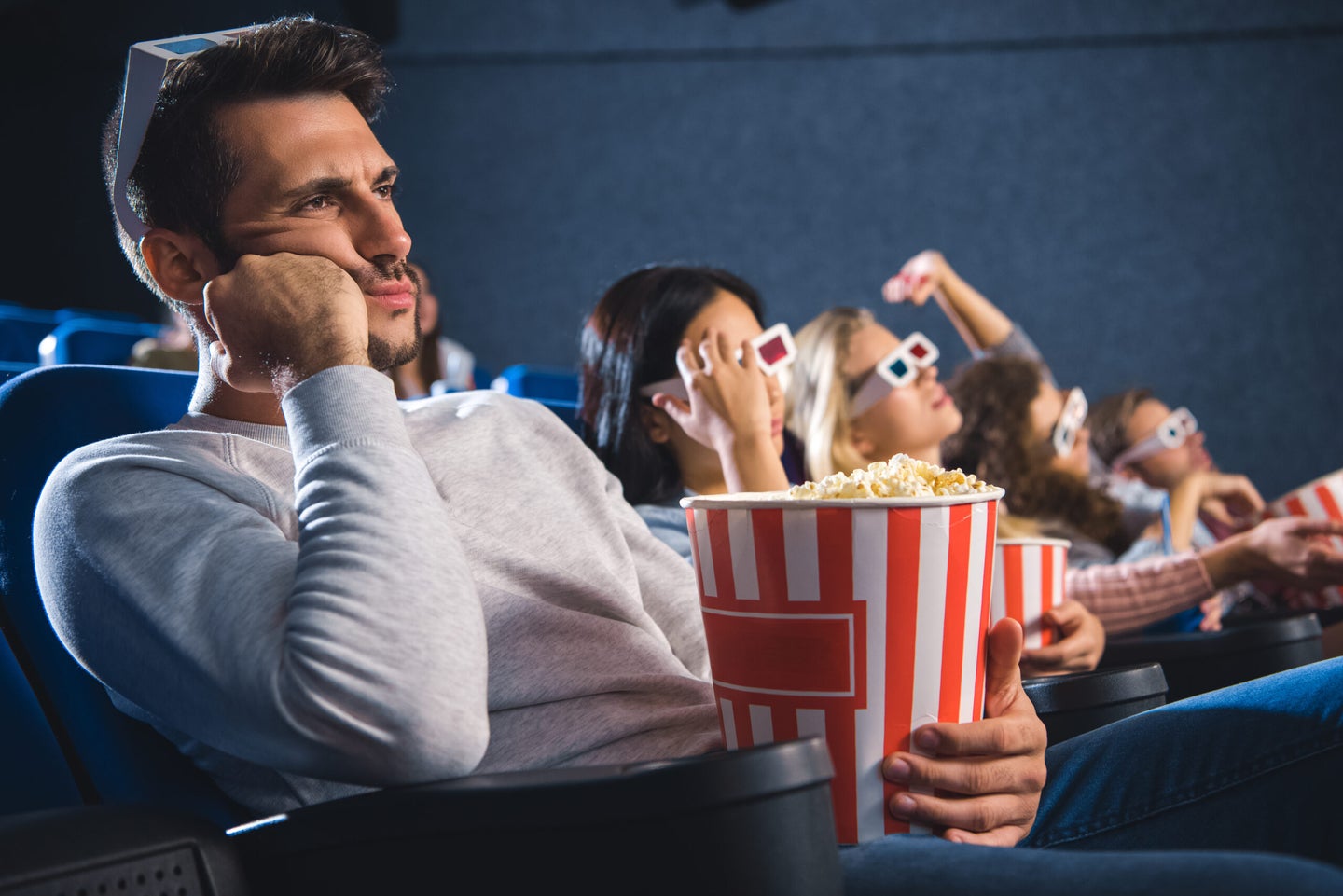 Long movies and the urge to pee have been linked since the early days of cinema. Sixty-three years before Avengers: Endgame and its three-hour runtime, moviegoers settled in for nearly four hours of The Ten Commandments.

“There will be an intermission,” director Cecil B. DeMille announced during the movie’s introduction. And audiences’ bladders were relieved.

On average, movies aren’t getting longer, but they also don’t come with a predetermined bathroom break. That means when nature calls, you’ve got to either sit in growing discomfort or gamble on the best time to run to the restroom. But it doesn’t have to be this way, and for most people, setting your body to “do not disturb” is fairly simple.

Go before the show

The first piece of advice is also the easiest: pee before the movie starts.

Generally, healthy adults urinate every 3-4 hours, so the longer a movie runs, the more urgent it becomes to reset your internal pee clock as close to the opening scene as you can.

“The principle of emptying the bladder is going to be helpful because the less urine is in there when you go in, the less there’s going to be at the end of the movie,” said Dr. Derek Fine, associate professor of medicine at Johns Hopkins University.

Even if your body seems locked into a urinary routine, tweaking it a bit before a movie isn’t going to throw it out of whack.

“Changing your routine for that one day is not going to change your bladder capacity or bladder habits,” said Dr. Ladin Yurteri-Kaplan, a urogynecologist at Columbia University Irving Medical Center.

That doesn’t mean you should always play it safe by relieving yourself at the tiniest urge, as your body may eventually adopt a new pattern, but sporadic schedule shifts should be fine, doctors said.

Don’t drink too much

Handling food and drink is a little more complicated. Obviously, if you don’t want to pee, you should avoid liquids. And unless you’re binging the list of longest movies ever made—topped by the 35-day experimental art film Logistics—odds are you’re not going to die of dehydration during a screening.

“The more you input, the more you output,” Yurteri-Kaplan said. “It’s directly related to fluid intake.”

But for many, eating and drinking at the theater is part of the experience. And even if you’re not shoving popcorn into your face while guzzling that mixture of 15 sodas you made at the drink machine, you probably ingested something in the hours before the show.

What you put into your body matters. Caffeine, carbonation, alcohol, and acidity are particularly problematic. They’re either diuretics that make you pee more, or bladder irritants that make you feel the urge earlier than you normally would.

“Avoiding the caffeinated drinks at the snack counter is probably a good idea,” said Dr. Leslie Rickey, associate professor of urology and obstetrics, gynecology, and reproductive sciences at Yale School of Medicine.

Salt, known for absorbing water, doesn’t help either, and might actually make things worse. For one, the more salt you eat, the thirstier you get, so you’re likely to drink more. Even if you’re resisting the urge to quench your thirst, the salt is still inside you, drawing water out of your cells to make up for what you’re not drinking. So, people with high-sodium diets usually urinate more because of the excess water inside them.

There’s an app for this

Sometimes, though, peeing is unavoidable, but technology is here to help. RunPee, a free download with in-app purchases, offers recommended and emergency pee-times for movies showing in theaters. It’ll tell you the approximate length of the break you can take and offer a cue for when you should leave.

For example, in Avengers: Infinity War, the app’s first recommended break is 53 minutes in when Thanos says to someone (name redacted by the app to avoid spoilers), “I like you,” then vanishes. RunPee has determined the four minutes after that line are skippable.

While it’s free to view pee-times for movies that have been in theaters for a while, that information will cost you for new releases. If you’re looking to check in on a movie’s release day, you’ll have to spend Peecoins, which can be acquired by watching video advertisements or spending real money. Signing up also grants you two free Peecoins.

Ultimately, the more you plan ahead for your trip to the movies, the better off you’ll be.

“Don’t wait until the last minute because you’re going to be running out trying to find a bathroom,” Yurteri-Kaplan said. “And in the end, the bladder tends to win.”