Polio is officially circulating in the US again

The US joins a list of about 30 other countries where the paralyzing virus is circulating. 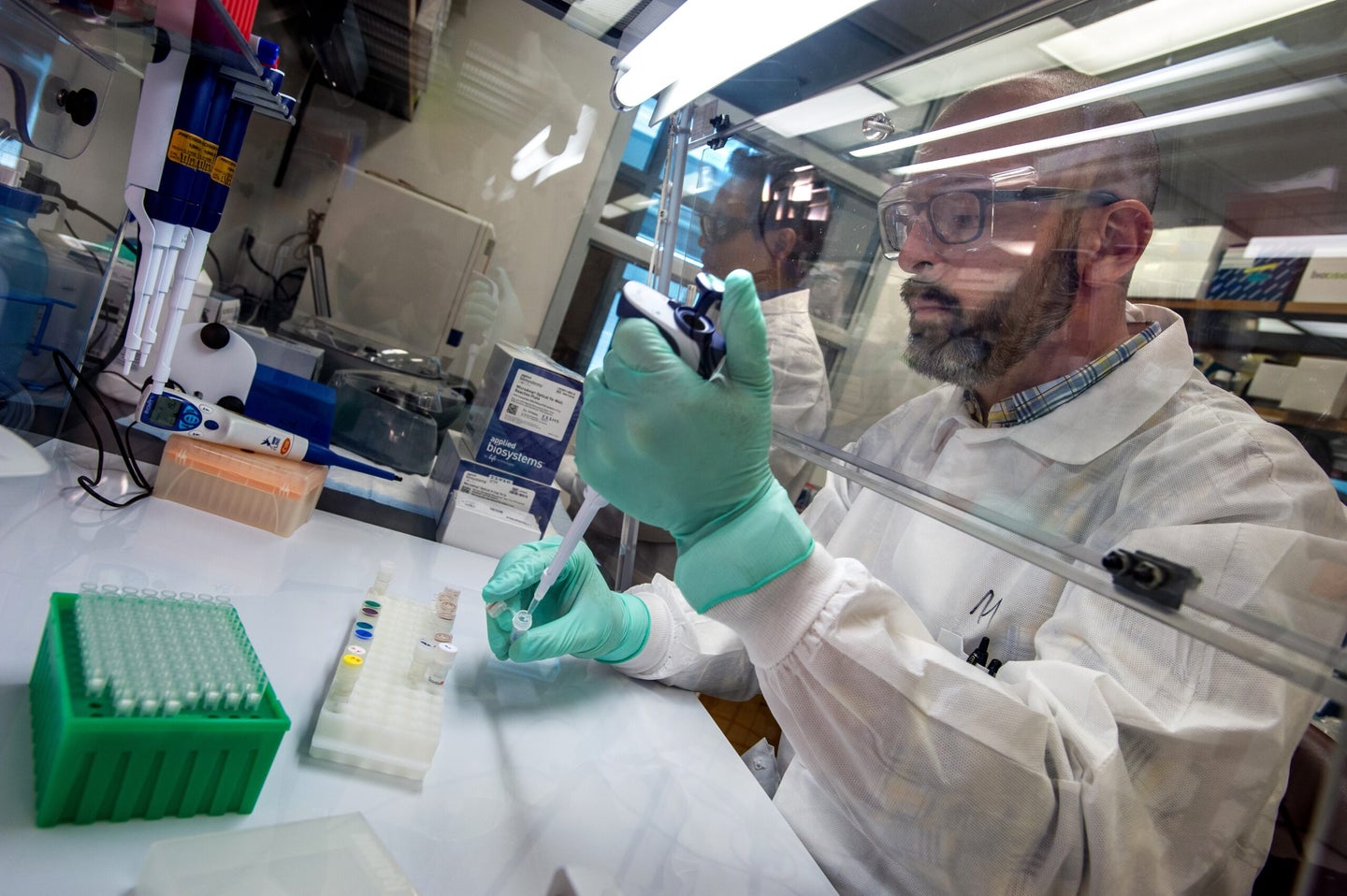 A worker at the CDC tests samples for polio in 2018. James Gathany
SHARE

The Centers for Disease Control and Prevention announced Tuesday that polioviruses found recently in Rockland County, New York, meet the World Health Organization’s (WHO) criteria for circulating vaccine-derived poliovirus (cVDPV), which means that the pathogen continues to be transmitted in the county and surrounding areas. Vaccine-derived refers to the strain’s relationship to the weakened live virus found in the oral polio vaccine.

cVDPVs are not caused by a child receiving the current polio vaccine, which is delivered as a shot. The oral polio vaccine has not been used in the US for 22 years, although Mexico, Russia, and many other countries still administer it.

A case of paralytic polio in an unvaccinated adult in the county about 40 miles northwest of New York City was diagnosed in late July. Wastewater samples from communities near the patient’s home—which were linked to samples in Jerusalem, Israel, and London—confirmed the spread. Viral gene sequences from the patient experiencing paralysis, combined with the diversity detected in the environmental samples, were sufficient to meet standards set by the CDC as well as the WHO for a “circulating” poliovirus status. cVDPV is present in about 30 other nations, including the Ukraine, Egypt, and Algeria.

[Related: “What to know about polio boosters, oral vaccines, and your medical history records.”]

Circulating vaccine-derived poliovirus happens when “local immunity to poliovirus is low enough to allow prolonged transmission of the original weakened virus in the oral polio vaccine,” according to the CDC. More genetic changes occur as the virus circulates, and the virus can regain its ability to infect the body’s central nervous system, which causes paralysis.

“Polio vaccination is the safest and best way to fight this debilitating disease and it is imperative that people in these communities who are unvaccinated get up to date on polio vaccination right away,” said José R. Romero, a physician who directs the CDC’s National Center for Immunization and Respiratory Diseases, in a press release. “We cannot emphasize enough that polio is a dangerous disease for which there is no cure.”

Vaccination rates for childhood diseases in the US have long topped 90 percent, making the risk of infections like polio and measles incredibly low. However, there are pockets of the US population with much lower rates. Rockland County’s overall vaccination rate is 60 percent, and in some zip codes the rate dips as low as 37 percent. The county also faced an extended outbreak of measles in 2018 and 2019 concentrated among the ultra-Orthodox Jewish community.

[Related: “COVID-19 is helping another terrible disease make a comeback in Afghanistan.”]

In the United States and other countries, there are some troubling signs that the COVID-19 pandemic has created new chances for diseases that have been in retreat—like polio and measles—to spread. Lockdowns and restrictions due to COVID-19 and growing vaccine resistance, only made worse by misinformation and politicization, have hindered routine immunizations.

Analysis by UNICEF and the WHO showed that the percentage of children worldwide who received all three doses of the diphtheria, tetanus, and pertussis vaccine dropped 5 percentage points between 2019 and 2021, with measles and polio vaccinations also falling. The organizations call this a “historic backsliding,” because it is the largest sustained decline in childhood vaccinations in roughly 30 years.

“This is a red alert for child health. We are witnessing the largest sustained drop in childhood immunization in a generation. The consequences will be measured in lives,” said Catherine Russell, UNICEF Executive Director, in a press release. “While a pandemic hangover was expected last year as a result of COVID-19 disruptions and lockdowns, what we are seeing now is a continued decline. COVID-19 is not an excuse. We need immunization catch-ups for the missing millions or we will inevitably witness more outbreaks, more sick children and greater pressure on already strained health systems.”