America’s sexually transmitted disease rates are out of control

And the CDC is particularly concerned about newborns with syphilis. 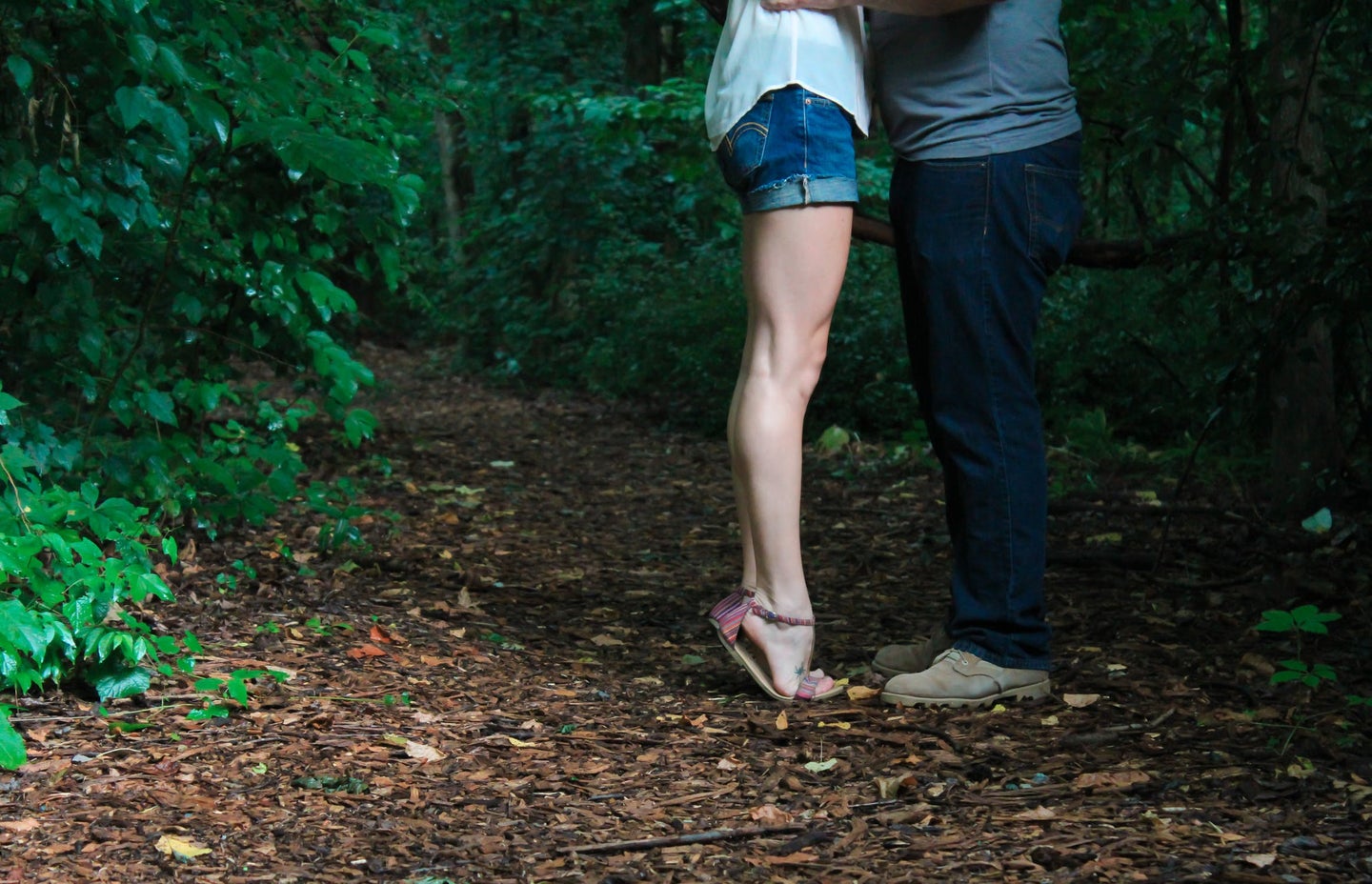 Sexually transmitted infections (STIs) are still on the rise in the United States, according to the latest data from the Centers for Disease Control (CDC). On Tuesday the CDC released a report on statistics from 2018, which indicate historic rates of chlamydia and the worst rates of syphilis and gonorrhea since 1991. Most concerningly, the CDC reports a 40 percent increase in congenital syphilis—a potentially fatal and totally preventable condition where infection passes from a parent to a fetus through the placenta—since 2017. This represents the fifth year in a row that STIs have hit all-time highs.

In 2018, Jonathan Mermin, director of the CDC’s National Center for HIV/AIDS, Viral Hepatitis, STD, and TB Prevention noted that rising infection rates showed we were “sliding backward,” with “systems that identify, treat, and ultimately prevent STDs… strained to near-breaking point.” The latest report makes it clear those systems have all but crumbled.

Here’s everything you need to know.

Are STIs and STDs the same thing? Which STDs are on the rise?

First, a little clarification: The CDC uses the acronym “STD” in its reports, which is short for sexually transmitted disease. But when we speak broadly about sexual health, sexually transmitted infection (STI) is actually more accurate. Many infections do not turn into “diseases,” which are afflictions that alter the body’s function. Herpes, for example, fails to cause symptoms in the vast majority of people infected with it.

Generally, STI covers more bases than STD. But since the CDC’s report focuses on people who’ve been diagnosed with infections by a doctor, it sticks with the older, more familiar acronym: STD.

So, for the purposes of understanding the CDC’s reports, STDs and STIs are one and the same. But when the CDC says STD rates are at an all-time high, they don’t necessarily mean all sexually transmitted diseases have hit peak numbers.

The CDC’s annual report focuses on chlamydia, gonorrhea, and syphilis, which are by far the most common infections primarily transmitted through sex (lots of random viruses and bacterial plagues can be transmitted through various forms of sexual activity, as anyone who’s ever dated someone with the flu can tell you, but you won’t catch chlamydia from a cough). HIV is reported separately, and overall case rates have actually remained stable in recent years.

How have infection rates changed?

In 2018 (the CDC’s reports always lag behind by nearly a year, as it takes time to compile and analyze all the data), all three of the most commonly reported STIs saw an increase.

Syphilis is a bit more complex, as the bacterial infection presents in several stages if it’s not treated with antibiotics. But cases of the most infectious first and second stages increased by 14 percent, hitting 35,000—the highest number since 1991.

The CDC is most concerned about the large uptick in congenital syphilis in newborns, which can cause serious health problems throughout adulthood. The CDC received reports of 1,300 cases in 2018, representing a 40 percent increase. Related fatalities also increased by 22 percent. Those 94 infant deaths were completely preventable, as syphilis can easily be treated with antibiotics if patients have access to testing and healthcare.

Why are rates of sexually transmitted infections going up?

That’s the million-dollar question, and there are likely several factors at play. One issue, as previously reported by PopSci, is that the immense stigma surrounding STIs prevents people from getting tested, getting treated, and disclosing infections to partners. Recent reports actually show that teens are waiting longer to have sex, but CDC data does suggest that young people, along with gay and bisexual men, are using condoms less reliably. An increase in unprotected oral sex among young people may also be a factor.

But one thing is clear: The above factors are not to blame for our current predicament. According to a report published by the CDC in February, the uptick in heterosexual syphilis transmission seems closely tied to recent drug use epidemics, and could potentially be addressed in tandem by offering better access to counseling and healthcare. The CDC also reports that more than half of local STD-prevention programs have experienced budget cuts in recent years, resulting in clinic closures, reduced screening, staff loss, and reduced patient follow-up.

How worried should people be about sexually transmitted infections?

The good news is that all three of the aforementioned infections are bacterial, and they’re generally easy to treat. The bad news is that tricky “generally.”

Antibiotic resistance—the evolution of bacteria to evade the drugs we’ve designed to kill them—is on the rise, and the bacteria that cause STIs are no exception. A 2017 report by the World Health Organization (looking at data from 77 countries) found that gonorrhea is increasingly resistant to antibiotics. The organization called for new antibiotics to add to our line of defense. Unfortunately, they reported that only three such drugs were in any stage of development at the time. The CDC’s 2018 report showed that gonorrhea continues to gain resistance over our pharmaceutical defenses.

In most cases, people who get infected with one of these three STIs will be just fine after a course of antibiotics, and may not even have any unpleasant symptoms. The problem is that too many people aren’t getting tested, which means they aren’t getting treated, and could be passing their infection along to other partners. The more people who catch these infections, the more antibiotics we need to throw at them—and the more likely the pathogens are to develop resistance. That’s why it’s important to practice safe sex and get tested early and often.

If you are pregnant or trying to become pregnant and have never been tested for STDs, get tested. Syphilis is easily cured with antibiotics, and swift treatment will minimize its impact on the fetus.

One thing that’s important to remember is that people can pass syphilis back and forth. If you get treated and your partner does not, they can reinfect you at any time. If you are continuing to have sexual contact with a partner who has not been tested for syphilis, has received a diagnosis and has not followed through on treatment, or is also having sexual contact with other people, you should get tested again during the third trimester of your pregnancy to confirm you don’t need another course of antibiotics. The CDC is urging healthcare providers to follow these protocols and pay attention to patients who may be at risk, but just because your doctor doesn’t offer to test you doesn’t mean you’re in the clear.

What can we do to curb rates of sexually transmitted infections?

The Office of the Assistant Secretary for Health (OASH) is working on an STI Federal Action Plan, which is supposed to be ready by 2020. Until then, the onus is on doctors and patients to make a change.

Get tested. Get treated. Use condoms. Talk to your partners about past and present STI testing. Disclose your diagnosis. Take your antibiotics as prescribed. Don’t shame friends, family, or partners for having STIs or being at high risk of getting them. Rather, encourage them to get tested and treated. Be honest when your doctor asks for a complete sexual history, even if you’re not there to discuss a sex-related issue. Ask your local government what it’s doing to support the health of at-risk populations; making sure teens, members of the LGBTQ+ community, drug users, and people living in poverty have reliable access to comprehensive medical care is the best way to keep infections in check.

Anyone can get an STI. But by being smart about how we have sex and making sure everyone in the country has easy access to testing and treatment, we can keep sexually transmitted infections from turning into dangerous epidemics.