The CDC just released new concussion guidelines for kids. Here’s what you need to know.

How much rest is enough? 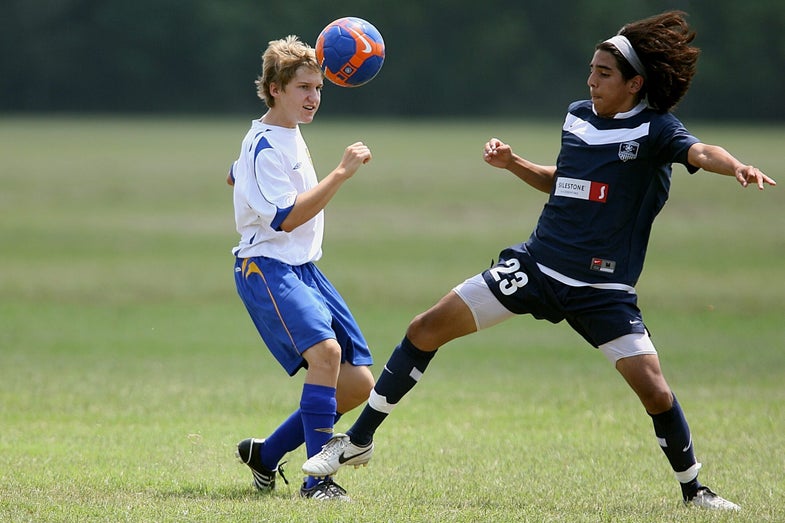 Kids’ brains are precious, in more ways than one, but until recently there wasn’t much guidance on how to best treat young people with concussions.

Now, for the first time, the Centers for Disease Control have released specific guidelines for health care workers treating young people with mild traumatic brain injuries (the medical term for a concussion). The recommendations are the result of an exhaustive review of the current research—which wasn’t always substantial—by a panel of experts to determine what the evidence says should be best practice.

It’s only recently that we’ve started to have enough research to do this. For a long time, we didn’t know a whole lot about brain trauma in general. And we still kind of don’t. Chronic traumatic encephalopathy, or CTE, definitely seems related to repeated concussions, but we don’t know how many or how severe those concussions need to be to induce long-term damage. People who play head injury-prone sports like football also seem to exhibit changes in their brains’ white matter and an increased risk for degenerative diseases like Parkinson’s and Alzheimer’s. They seem to have mood problems and depression, plus learning impairments, at a higher rate than the average population.

But we’re still at a loss for exactly which types of brain trauma contribute to these changes. Part of the problem is that doctors aren’t able to just look at a brain scan and tell you what’s wrong. “We’re quite a ways off from being able to look at imaging showing persistent changes without any symptoms and being able to say why that matters,” Matt Gammons, the former president of the American Medical Society for Sports Medicine, told Popular Science. And even when we can find specific traumas on the scan, it’s unclear to researchers like Gammons whether those brain changes are lasting or significant.

A lot of the new guidelines, which the Centers for Disease Control published at the beginning of September, reflect this. They recommend against computed tomography (CT) scans, magnetic resonance imaging (MRI) scans, as well as x-rays and SPECT scans for the purpose of diagnosing a mild traumatic brain injury. Instead, the guidelines highlight a variety of other, more relevant factors that clinicians can use to identify kids who are at high risk for this kind of damage and should, therefore, get further testing.

The recommendations also stress that physicians should use a combination of various tools, scales, and cognitive tests to help young patients recover from their injuries. “Most people assume that the only treatment for concussion is prescribed rest,” Anthony Kontos, Research Director at the UPMC Sports Medicine Concussion Program, told Popular Science. More active rehabilitation—like cardiovascular and mental exercises that slowly ramp up over time—can actually be more beneficial than a total lack of activity. But it also depends a lot on the particular case. Some children may need more time to recover before returning to their normal lives, and physicians need to treat each concussion patient as separate and distinct.

Perhaps most important of all is that kids recover properly. Though full rest isn’t necessarily the right move, young people need to take enough time to slowly build back to their normal level of activity. Trying to do too much too soon is counterproductive. Research suggests athletes who keep playing their sport after a concussion double their recovery time, have worse symptoms, and tend to have more longterm impairments. Repeated injuries can be costly, or even deadly—second impact syndrome can kill or at least severely disable people.

That’s why the CDC recommendations emphasize how important it is for kids with brain injuries to take it slow—and listen to their doctors. After a few days of rest—they specify around three—most kids can start to get back to some moderate activity. But it has to be a cooperative process, built around what the child can handle. The guidelines note that emotional and social support is also crucial to the recovery process, as is proper sleep.

It’s also important to remember that while these are the best practices now, they may not be in the near future. Researchers are still learning a lot about brain injuries. Last year we started understanding why women seem to get hurt more by head impacts. We recently learned that learning disabilities like ADHD and dyslexia can make some people more prone to concussions. It’s all part of a growing, increasingly complex picture of how head trauma turns into brain damage. These recommendations are just the beginning.