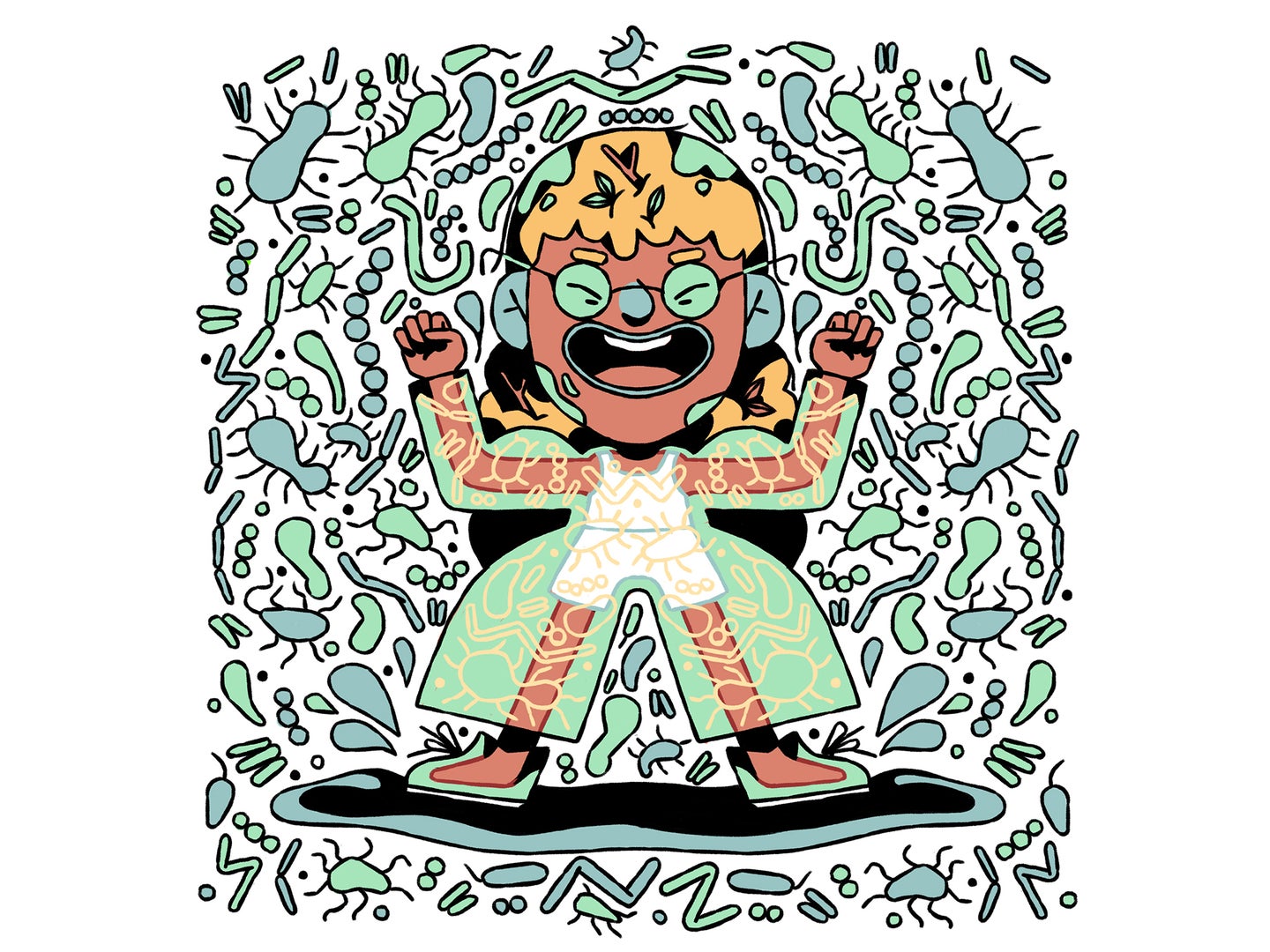 Should you be worried about your dirty kid?. Ignas Krakys for Popular Science

We dissect the current science on the suggested amount of dirt and germ exposure for kids.

LEFT TO THEIR OWN DEVICES, most children won’t hesitate to, say, lick a doorknob or wipe snot with their sleeve. But is there any truth to the idea that their affinity for getting dirty can be beneficial to their health?

That theory dates to the 1800s, when European doctors realized that farmers suffered fewer allergies than city slickers. However, it didn’t gain widespread attention until 1989, when British epidemiologist David Strachan discovered that youngsters with older siblings were less susceptible than other kids to hay fever and eczema. Strachan suggested that early childhood infections “transmitted by unhygienic contact” helped foster a robust immune system.

His theory, called the hygiene hypothesis, provides a convenient explanation for why allergies and asthma, as well as autoimmune disorders like multiple sclerosis and Crohn’s disease, have increased 300 percent or more in the US since the 1950s. Maybe Western societies have become too clean for their own good, and parents too fearful of a little dirt. “Whatever it is that’s happening in the modern world, it’s causing the immune system to be active when it doesn’t need to be,” says microbiologist Graham Rook of University College London.

As Rook notes, however, the hygiene hypothesis has its flaws. For example, some viral infections appear to trigger asthma, not prevent it. Most research now blames changes in the human microbiome, not a dearth of childhood infection, for at least some of the sharp rise in chronic diseases, from digestive disorders to kidney failure.

[Related: This pseudoscience movement wants to wipe germs from existence]

Getting a bit messy can help cultivate the thousands of microbial species that call the body home and keep it healthy. Providing that boost can be as easy as having pets, tending chickens, or playing in a green space. In fact, a 2020 study published in Science Advances found that when daycare centers in Finland replaced gravel yards with soil and vegetation, tykes saw almost immediate benefits to their immune systems, including an increase in disease-fighting T-cells. Eating a varied diet high in fiber helps too. And vaginal childbirth and breastfeeding promote healthy guts in newborns and nursing babies.

It’s also wise to go easy on the antibiotics. Although they can be lifesavers for patients with severe bacterial infections, there’s “a real risk of harm” from overuse, says John Lynch, a doctor at the University of Washington School of Medicine. “Regaining your native microbiota can be extremely hard to do,” he explains.

All this is not to say tots should be slobs. You definitely want them washing their hands regularly, and scrubbing high-touch surfaces is imperative to avoid unpleasant infections like norovirus, Rook and a colleague advised in a recent paper. Just don’t go overboard and sterilize everything. As it turns out, kids probably do need a few germs to stay healthy.