What's hair got to do with crystallography? 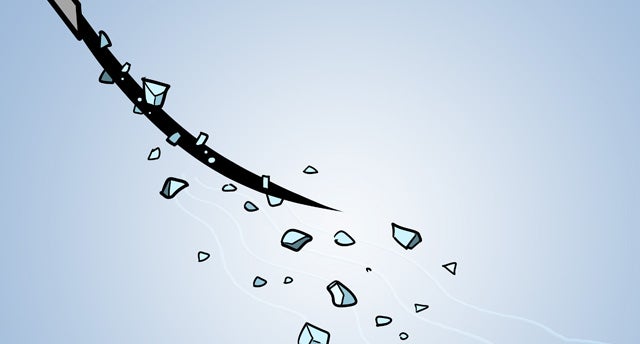 Minor Erratum: Last week when I told the story of how this series came to be, I said I had read about crystallographers using hair to obtain better samples. It was actually a reader who told me. Apologies and kudos all around!

2014 marks the centennial anniversary of the discovery of x-ray crystallography by Team Bragg and Max von Laue, who was awarded the 1914 Nobel Prize. As such the United Nations General Council saw fit to proclaim this year the International Year of Crystallography. I did not know about it when I planned this series. I only wish I were that organized.

When I asked David Briggs if he had heard of any crystallographers using hair in their work, not only was he one such practioner, but he provided me with an extensive presentation on crystal seeding techniques. In crystallography, obtaining a nice, big crystal is the name of the game, and crystallographers have tried just about everything in order to get a good sample. In the document titled, “Nucleation and Seeding in Protein Crystallization: An Old story Retold”, crystallographer Allan D’Arcy covers a wide variety of these seeding* techniques. It’s filled with images of pretty crystals growing on hairs not dissimilar to the crystals-on-a-string found in grade school science classes.

*If you’ve never grown crystals, one way to help them along is to provide a “seed” for them to grow from. From the smaller crystal, molecules in a solution can arrange themselves upon it in a process called nucleation. A while back, I grew some nice rochelle salt crystals by taking smaller crystals from a previous batch, and suspending them in the solution by a string. You can see some photos in the article here. Fascinating thing about rochelle salt is that it’s piezoelectric! Which means it accumulates an electric charge when put under mechanical stress. I’ll grow some more and go deeper into the subject in a future series on kitchen science.

In other news, one of the proteins above first appeared in a comic I drew a week or two ago about a recent article published in Prostate regarding a possible fungal cause of prostate cancer. I’m playing pretty fast and loose with the imagery of course. PSP94 (the orange one) is at least slightly based off the shape of the actual protein. The purple guy? …just let me draw something fun, okay? Here are some actual proteins.

More from this series: