Genesis of the X-15 Rocket Plane

The X-15 rocket plane, sometimes considered the first spacecraft, wan’t designed to take man’s first steps into space. It was... 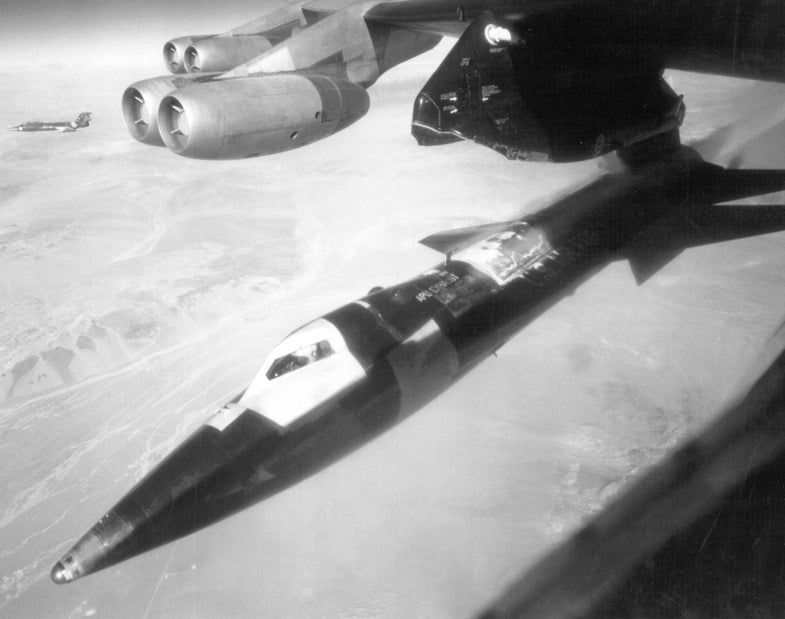 The X-15 rocket plane, sometimes considered the first spacecraft, wan’t designed to take man’s first steps into space. It was designed to gather data at a time when new technology was fast outstripping engineers’ understanding of how aircraft behaved in high speed flight conditions. 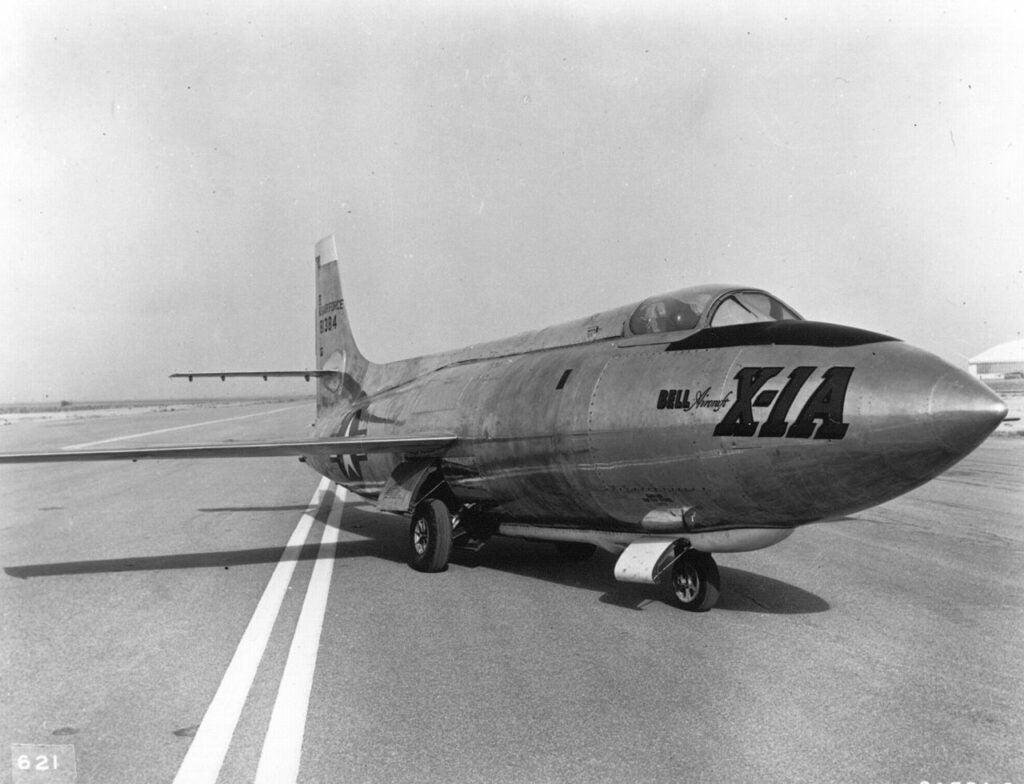 For years after Chuck Yeager broke the sounds barrier in 1947, the X-1 remained the most advanced aircraft flying at Edwards. Variants improved on the basic design, but they all shared the same bullet shaped fuselage, thin stubby wings, and rocket engine in the rear. And none were quite ready to reach the next big speed goal of Mach 2.

But a good pilot can push his airplane, and at the end of 1953, Yeager and Scott Crossfield were battling one another to be the first man to break Mach 2, the former in the X-1A and the latter in the Skyrocket. Both planes were challenging to fly and unstable at speeds upwards of Mach 1.8, but both pilots knew their planes well enough to push them beyond that Mach 2 threshold. The problem was that Crossfield, an NACA pilot, had been ordered not to take his plane to Mach 2. Yeager would secure the record by default.

Undaunted, Crossfield made a personal appeal to the Navy’s liaison at Edward’s High Speed Flight Station to have his Mach 2 ban lifted. It was a bold move that paid off. A week later he was given a “go” to try for Mach 2 in the Skyrocket, but only once. If he failed, Yeager would have the next try at the speed record in the X-1A. Crossfield’s attempt came on November 20, 1953, and took successfully took the Skyrocket to Mach 2. Yeager followed in short order, taking the X-1-A to Mach 2.44 on December 12 that same year.

But Yeager’s flight came with a nearly fatal price. The X-1A, unstable above Mach 1.8, succumbed to inertial coupling above Mach 2. The plane started tumbling violently and plummeted nearly 50,000 feet in 70 seconds. In the cockpit, Yeager was subjected to accelerations of 8 g’s, negative 1.3 g’s, and side loads of 2g′s. He blacked out and smashed his head through the canopy, but recovered in time to regain control and land. 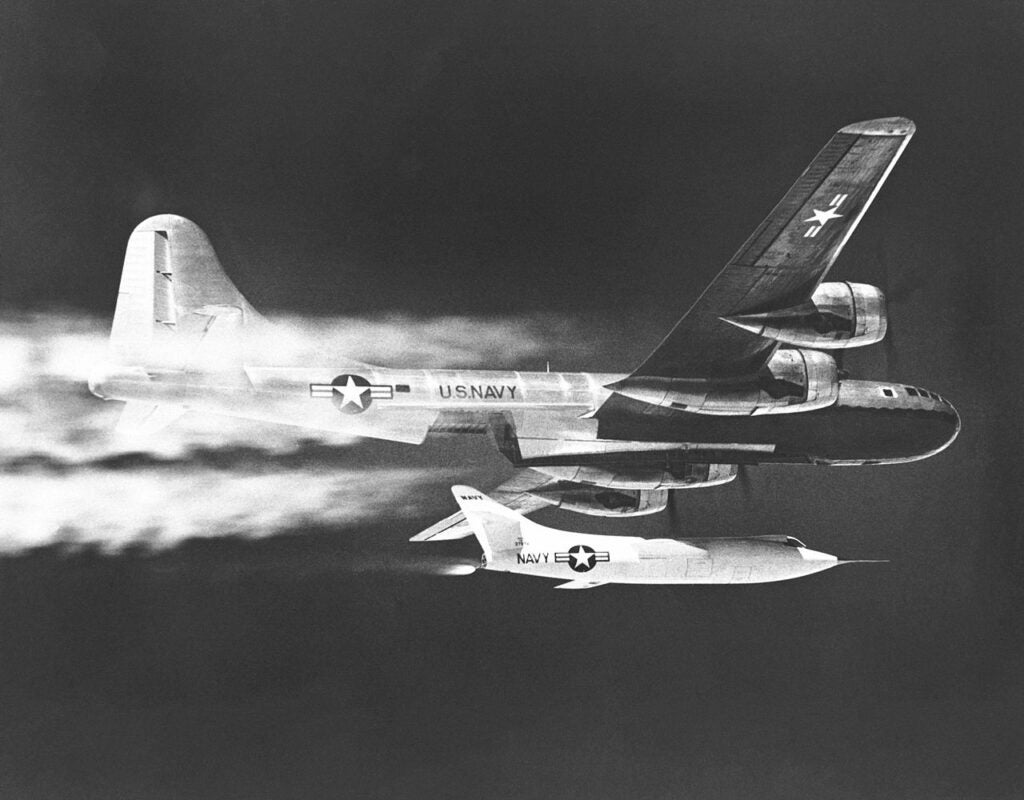 The Skyrocket just after launch

Yeager’s wild ride underlined the fundamental problem at Edwards at the time. The unstable X-1A was the fastest thing at the desert station and there were no shortage of unknowns beyond Mach 1.5, problems many in the aviation industry wanted to answer. Among them, Bob Woods of Bell, the company behind the X-1.

In a January 8, 1952 letter to the NACA Committee on Aerodynamics, Woods proposed the committee take firm steps towards addressing the basic problems of hypersonic flight with an eye towards spaceflight, problems like heating associated with hypersonic flight and atmospheric reentry. Woods saw a growing interest in high speed, high altitude flights were the atmosphere is too thin for traditional flight controls, and he was sure the NACA was the organization to head up this research.

The NACA was slow to move on Woods’ proposal — experts agrees that hypersonic flight would demand significant technological advances — but the organization did eventually begin defining the ideal research plane. What emerged was a plan for an aircraft that could reach altitudes upwards of 50 miles and speeds between Mach 4 and Mach 10. A followup aircraft would go further, traveling above 50 miles and reaching speeds that could take it into orbit around the Earth. In 1954, a new Air Force-Navy-NACA Research Airplane Committee brought this airplane to life and secured congressional funding for the project. Luckily, the X-series of research aircraft were so successful that there was great support for a new model. 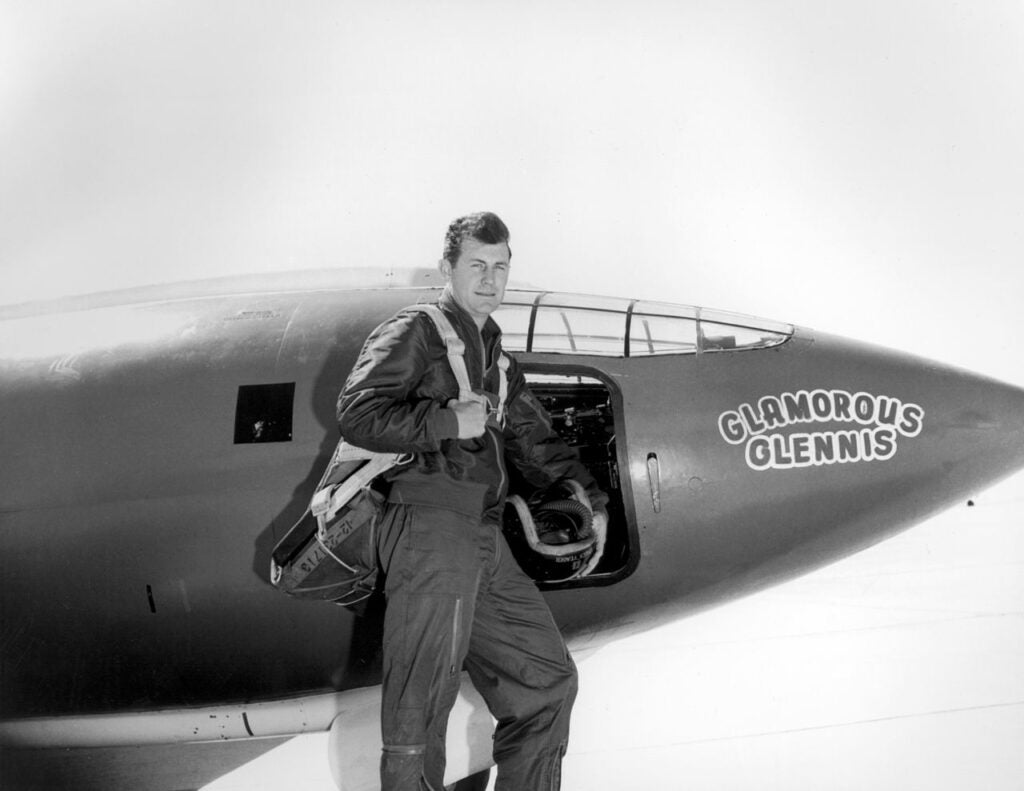 Yeager and the X-1

The new aircraft took shape in the year that followed. Studies determined that the best way to deal with reentry heating was to have the plane descend with a high angle of attack, that is, with its nose aimed upwards exposing the larger surface area of the lower fuselage to the atmospheric friction. A thick, wedge-shaped vertical stabilizer, speed brakes, and a split trailing edge would keep this aircraft stable though a variety of flight environments. A new nickel-based alloy called Inconel X was the optimal material to withstand the punishing heat associated with the airplane’s flight profile. And it was a punishing profile. The only way the aircraft could reach the high altitude and high speeds it was designed to gather data on was to follow one of two flight profiles. Always air launched from a mothership, speed runs would see the pilot burn his engine while flying in a straighter path while altitude runs would see the pilot pitch his nose up and climb steeply. In both cases, there would be no fuel left after the engine burn so the pilot would have to make an unpowered landing on the dry lakebed.

This high altitude flight profile raised another problem: how would the pilot control his plane on a flight that would reach altitudes where the air is too thin for traditional flight controls to bite into? The solution was hydrogen peroxide jets. Small impulses would be enough to ensure the aircraft remained at the right angle of attack reentering the atmosphere. 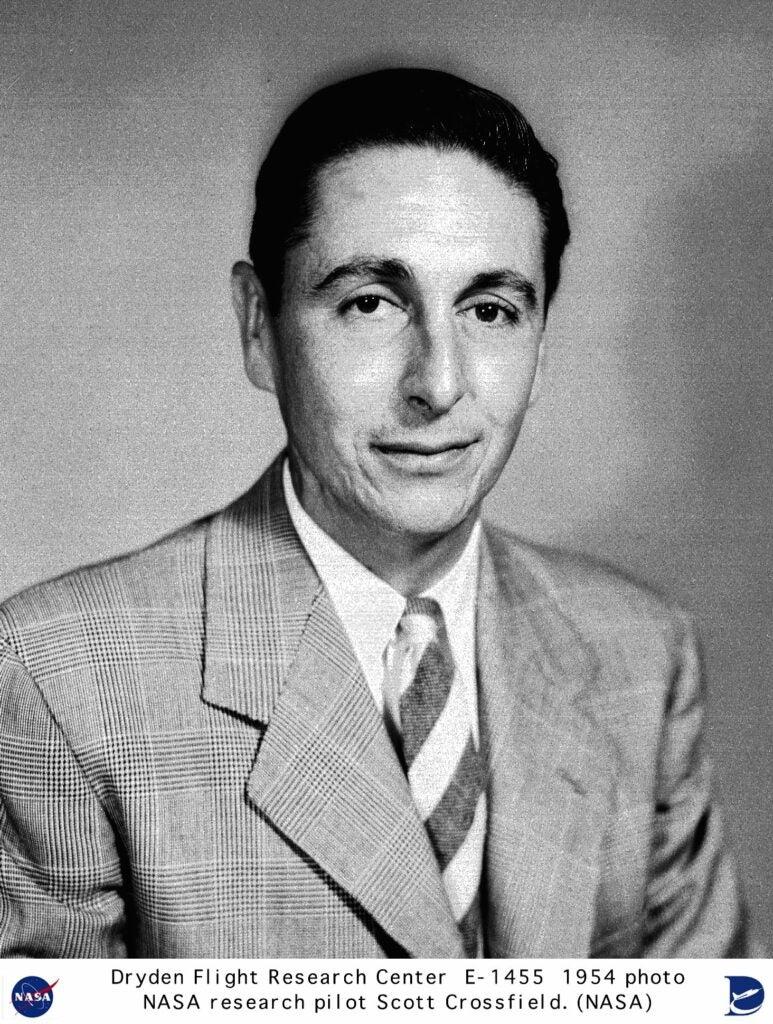 The early specifications of this conceptual research aircraft was released during a meeting at the NACA Headquarters on July 9, 1954. Proposals from industry reached the NACA on May 9, 1955. The proposals, one from Bell, Douglas, North American Aviation, and Republic, each had its merits. Bell channeled the simplicity of the X-1, Douglas pitched something similar to the Skyrocket, Republic presented an idea similar to the Mach 3 interceptor it was working on, and North American essentially gave the NACA exactly the proposal it had designed a year earlier.

North American ultimately won the bid in the fall of 1956, and had just 30 months to deliver the first X-15. But the aircraft’s evolution was far from over; it evolved even after it started flying. We’ll pick up the story of the X-15, notably the variations the aircraft went through in its lifetime, next week!