How to return a lost phone to its owner

Do your good deed for the day. 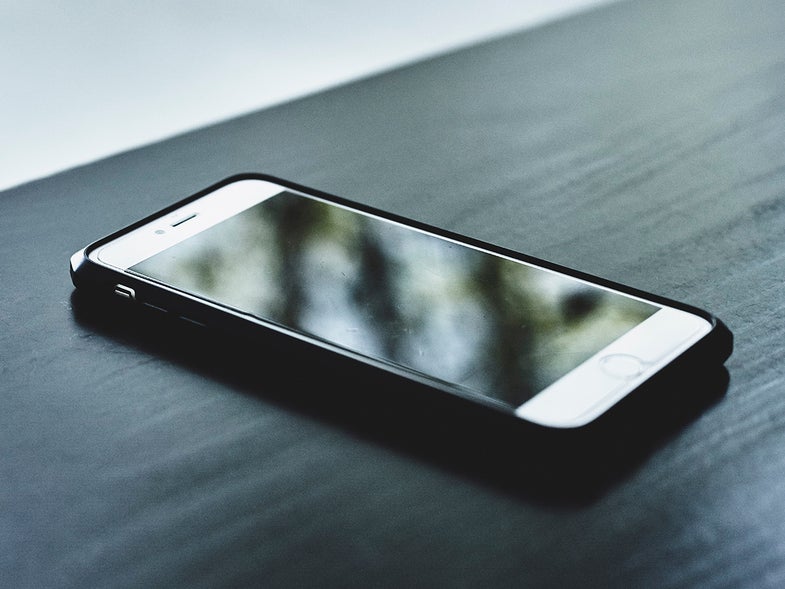 Identifying the owner of a lost phone can be tricky. George Morgan via Unsplash
SHARE

If you’ve ever misplaced your smartphone, you know how hard it can be to retrieve a lost device. So when you find a deserted device, you should return it as soon as possible.

However, most people lock their phone screens for security, so when you need to track down the owner, you can’t simply fire up the Contacts app and start calling friends and family. Unless they printed their name and address in big letters on the back of the device, you’ll have to rely on other methods to restore the lost phone. Here are some tips we came up with, including a few from this Reddit thread.

Don your detective hat and look around the area where you found the phone. Is a wallet or a coat, which could carry some contact details, nearby? Also look at the case, if there is one, because it might contain a business card, a credit card, an inscription, or another clue that will help identify the device’s owner.

While you’re examining the area, do you see anyone looking around forlornly for their missing device? Checking the people around you is the quickest way to restore the phone, and it also ensures that you don’t accidentally steal somebody’s device while their back is turned! The owner also might come rushing back to the area in search of their phone, so if you have time, hang around for a little while.

Keep the phone on

Before you start toying around with the lock screen, make sure to keep the phone switched on and the battery charged. You should leave it on because its owner will likely find another handset and call their own number as soon as they can. This way, you can pick up right away and arrange a meeting.

Of course, it’s impossible to keep a phone on if it dies. While you not find the charger next to the lost phone, you can use your own cables, or those of a friend, to juice up the handset. You’ll need a Lightning connector charger for iPhones and a microUSB or USB-C charger for Android devices. If you don’t have a compatible charger lying around somewhere, go on and buy another—it’s cheap, and the original owner will probably reimburse you.

If the lost phone’s owner has saved emergency contact details in their device, you can access these friends from the lock screen. On an iOS device, tap the Emergency link in the lower left corner, then choose Medical ID. If you’ve picked up an Android phone, tap Emergency then Emergency Information. If you see an emergency contact listed, get in touch with them to find out whose phone you’ve found.

While you’re at it, you should probably add emergency contacts to your own phone’s lock screen—just in case. On an iPhone, open the Health app and tap the Medical ID button followed by Edit. On Android, you can find the relevant screen by opening Settings, choosing Users & accounts, and selecting Emergency information.

By default, both iOS and Android let you access their digital assistants—Siri and Google Assistant, respectively—right from the lock screen (unless the phone owner has disabled the feature).

Once you’ve accessed Siri or Google Assistant, try saying “Call mom,” “Call home,” or another command that might access one of the phone’s owner’s contacts. Siri also has a trick that Google Assistant doesn’t: Ask “Whose phone is this?” to bring up contact details for the owner.

At this point, you’ve exhausted the options for reaching a phone’s owner through his or her contacts. Now it’s time to get creative. For example, this person might have some kind of photo and video backup system in place. This means all pictures and movies shot on the phone will sync to the cloud—and to the owner’s other devices.

You can usually access a smartphone’s camera from its lock screen: On iOS, swipe left; on Android, tap the camera icon in the lower right corner and drag it toward the center of the display. To use this to your advantage, snap an image of your personal contact details. If the photo syncs to the phone owner’s backup system, he or she can easily reach out to you.

In a similar vein, you can use Siri or Google Assistant to set a reminder that the phone’s owner will be able to see from another device. On iOS, press and hold Home (on the iPhone X, hold the Power button); on Android, tap and hold the microphone icon on the bottom left and then swipe up. When the assistant app appears, say, “Set a reminder for 2pm every day to call…” and then state your name and number.

If the owner of the phone is signed into their Apple or Google account on any other devices, they should have access to their reminders there. In that case, they’ll see the note you’ve left pop up at 2pm (or whatever time you choose) every day. After that, it’s up to them to get in touch.