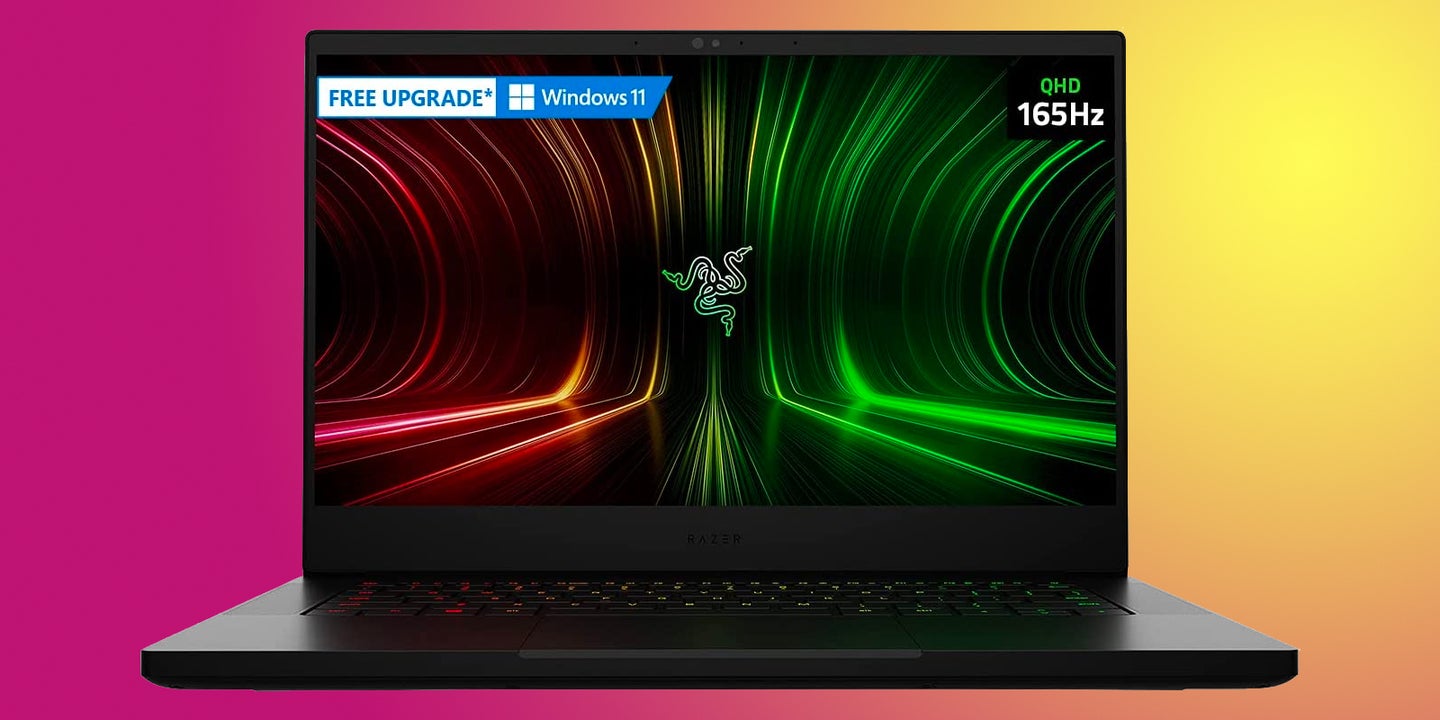 Razer's Blade 14 offers the ideal mix of portability and power gamers need to play the latest titles anywhere in the world. Razer
SHARE

The Razer Blade 14 is one of the best dedicated gaming laptops on the market, and it’s currently down to its lowest price ever on Amazon. This four-pound machine can play all the latest games at reasonably high resolutions without causing permanent back problems if you try to carry it around.

Currently available for $1,999, $800 less than its regular $2,799, the 14-inch laptop runs on a Ryzen 9 5900x processor and has a 1TB of storage, 16GB of RAM, and an NVIDIA GeForce RTX 3080 with 8GB of dedicated video memory. Its QHD display will allow you to play games at higher-than-HD resolutions, and its 165Hz refresh rate will make the on-screen action look super smooth. You’ll have a better experience playing games on the Razer Blade 14 than many cheap gaming monitors—despite the smaller screen size. The premium components in this laptop require a lot of power, but Razer designed its burly cooling system to prevent the machine (and hopefully your lap) from overheating. The company says this machine gets up to 10 hours of battery life per charge, but that will depend on which games you’re playing and at what settings.

Razer outfitted its laptop with two USB-C ports, two USB-A ports, an HDMI port, and a headphone jack, so you can easily plug in any accessories without an adapter. The HDMI port is an especially nice touch as you’ll be able to connect the machine directly to any monitor or TV. These ports are complemented by support for Wi-Fi 6e and Bluetooth 5.2, which are the latest versions of these wireless standards. All of the Razer Blade 14’s tech specs are impressive, but what’s especially great is that they all fit into a highly compact package. This laptop is just over half 1-inch thick, which means you’ll be able to fit it into a backpack without adding too much bulk. We’ve already mentioned this machine’s impressively low weight, which makes it a good choice for frequent travelers. Plus, all that computing power and its high-end screen make it a solid choice for content creators who need to edit photos and videos when they’re not battling zombies or other in-game enemies.

If you’ve given up PC gaming because you don’t have enough space for a desktop, or spend a lot of time away from home, the Razer Blade 14 is the ideal solution, especially at its current price.