With a new architecture, Nvidia’s next line of graphics processing units will provide a lot more power. 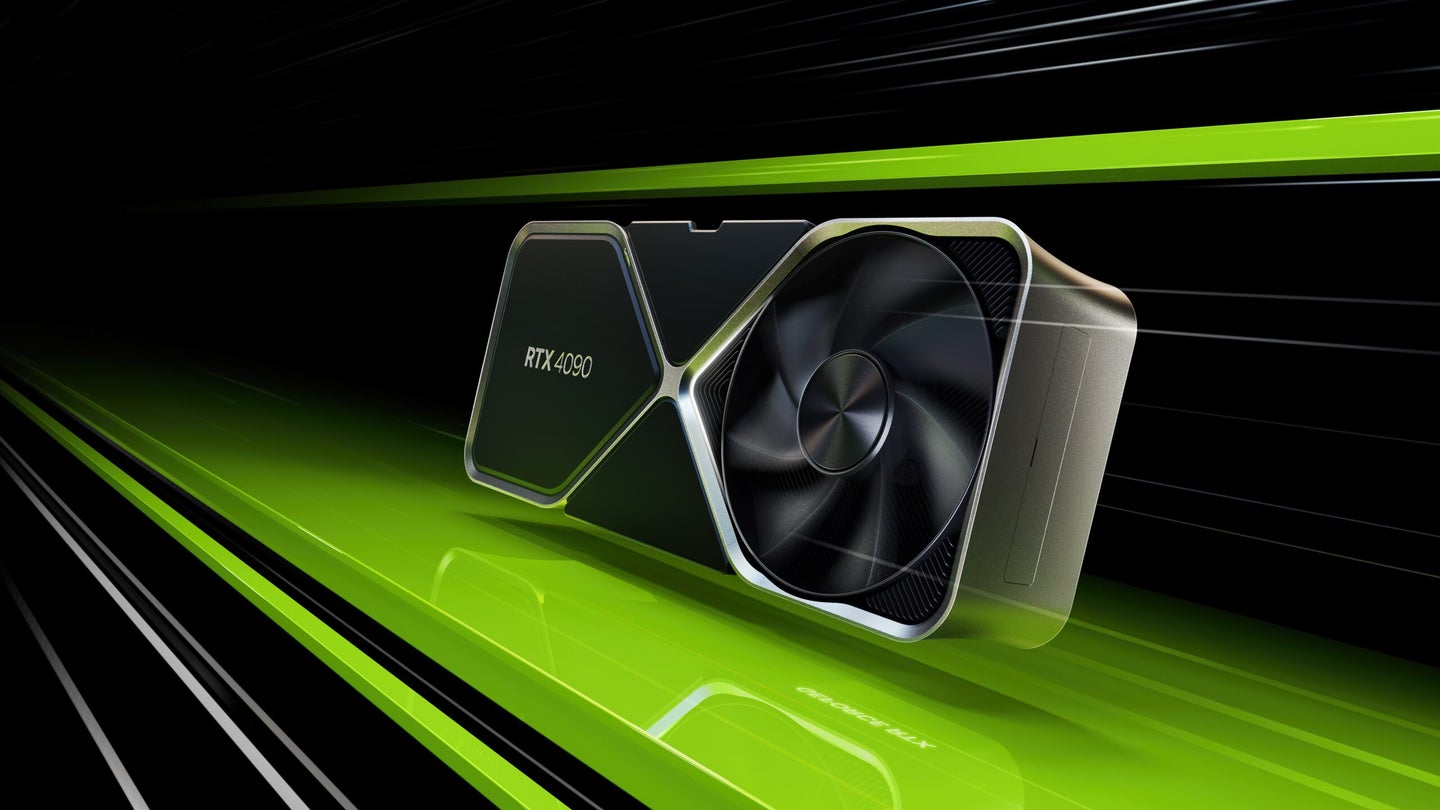 Kicking off its GTC 2022 conference on Tuesday, Sept. 20, Nvidia unveiled a pair of new graphics cards, the GeForce RTX 4080 and RTX 4090, which feature the company’s next-generation Ada Lovelace architecture. This new GPU architecture promises to be more efficient than previous generations while taking big steps forward in performance and AI-powered graphics.

Nvidia CEO Jensen Huang described the Lovelace architecture as a “quantum leap” for gaming. The cards feature 76 billion transistors, which allows them to deliver better performance in a more efficient package. It also supports an upgraded version of Nvidia’s Deep Learning Super Sampling, or DLSS, which uses artificial intelligence to enhance specific games’ fidelity and performance. Huang promised the RTX 4090 will offer up to “four times the performance” of its current top-of-the-line GPU, the GeForce RTX 3090 Ti. All that power requires a serious amount of juice, though: The new GPU will consume the same 450W of electricity as Nvidia’s high-end 30-series graphics cards.

The GeForce RTX 4090 features a monstrous 24GB of GDDR6X memory, along with 16,384 CUDA cores (up from the 3090’s 10,496 CUDA cores) and a base clock of 2.23GHz that you can overclock to 2.52GHz. It also has 1,321 Tensor-TFLOPS, 191 RT-TFLOPS, and 83 Shader-TFLOPS, allowing you to enjoy games that offer more advanced graphics and artificial intelligence. Put it all together, and Nvidia claims these specs can consistently deliver 4K gameplay at over 100 frames per second.

The GeForce RTX 4080 will also empower incredible performance. Nvidia claims it is four times faster than the GeForce RTX 3080 Ti. Whether it’s two times more powerful or four times may come down to which of the two memory configurations you purchase. Though they’re defined by their memory—there’s a 12GB GDDR6X model and a 16GB GDDR6X model—they feature a very different set of specs.

The 16GB GDDR6X GeForce RTX 4080 features 9,728 CUDA cores, a base clock of 2.21GHz that boosts up to 2.51GHz, 780 Tensor-TFLOPS, 113 RT-TFLOPS, and 49 Shader-TFLOPS of power. Essentially, these cards will be able to display higher fidelity graphics with more lifelike lighting, while offering improved power-efficiency.

Both RTX 40-series cards also feature some new hardware features, including real-time path tracing, a more advanced form of ray tracing that simulates the natural path of light by bouncing back on a single pixel in random directions. This provides gamers with a more faithful reproduction of light, so games are more immersive and lifelike.

Though all of these cards are incredibly powerful, the newly upgraded DLSS 3.0 may be the most important feature for Nvidia GPUs moving forward. According to Huang, DLSS 3 is capable of generating additional frames of gameplay without involving the game, allowing the GPU to effectively boost frame rate and performance even if a game is maxing out your CPU. Nvidia showed off the new RTX-specific optimizations with gameplay from Microsoft Flight Simulator 2020, a very resource-intensive game, that ran smoothly in 4K resolution with frame rates reaching in the 100s even in busier, more graphically demanding areas.

The Ada Lovelace architecture includes third-generation RT cores, which greatly enhance in-game lighting. Nvidia said this is thanks to two new hardware units. The Opacity Micromap Engine can double raw ray-tracing performance, while the Micro-Mesh Engine can increase the amount of geometric coverage without hits to storage or performance.

If you’re in the market for a very powerful, very expensive graphics card, you won’t have to wait long to get your hands on the Nvidia 40-series. The GeForce RTX 4090 will launch Oct. 12, for an extremely luxurious $1,599. The GeForce RTX 3080 cards will launch in November at $899 for the 12GB version and $1,199 for the 16GB model. As always, you can expect custom versions from all the usual third-party GPU manufacturers, including Asus, Gigabyte, and MSI. You will also see configurations of pre-built desktops from manufacturers like Acer, Alienware, ASUS, Dell, HP, Lenovo, and MSI popping up in the near future.