Dyson’s New Vacuum Driven By the Fastest Motor Ever

Though it may not be much comfort as you use it on the usual round of chores, inside the new... 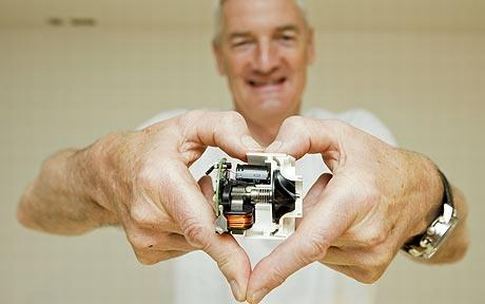 James Dyson with the DDM2

Though it may not be much comfort as you use it on the usual round of chores, inside the new Dyson DC31 vacuum cleaner is a motor that’s ten times faster than a jet engine, and much quieter. At 104,000 rpm, the DC31’s digital switched reluctance motor actually spins faster than any motor on earth.

Powering the device is the second-generation Dyson Digital Motor (DDM), which weighs just 139g and measures 55m in diameter. Compared to conventional motors, which use carbon brushes that spark to create the rotations, the DDM uses a a stator that creates a strong electromechanical field, which is then switched digitally using an on-board microprocessor. The motor never actually touches the rotors. The motor draws only 200 watts (about half the power needed for a typical vacuum motor), does not emit any carbon dust, won’t wear out as fast, and puts your high-end blender to shame.