Bing Is Pretty, But Is it Any Good?

The Grouse takes a chance on Microsoft's Google-killer 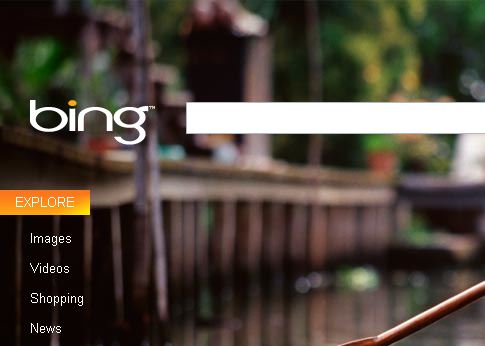 Heard of Bing yet? If not, you soon will. Backed by a reported $100-million-dollar promotional campaign, Bing is Microsoft’s latest grasp at double digits in the war for search engine market share, of which Redmond now owns between 5 and 6 percent (according to Net Applications’ Market Share report). After months of beta testing followed by a public preview, Bing officially took over this week as THE search engine powering all of MSN. So, if you use any Microsoft services with even limited frequency, you’ll be getting friendly with Bing whether you know it or not, and whether you like it or not.

But Microsoft isn’t going to carve out a fatter slice of market share unless it can convince a new, non-MSN audience to abandon Google and to make Bing its second brain instead. Of course, there has to be good reason to do that. Very good reason. So this week I installed the official Bing add-on to Firefox and put the new kid on the block to the test.

First, though, a word about the name. Bing isn’t terrible — certainly easier on the ears than Wolfram|Alpha, and I suppose I can imagine myself one day “binging” the answer to something instead of “googling” it. But every time I hear the name, I can’t help but think of Chandler Bing, Matthew Perry’s character on Friends. Nothing against Matthew Perry, but I’ve already grown really tired of picturing what he’s up to every time I get some search results back. Hey, at least they didn’t call it “Schwimmer,” right? Then again, was Bing really the best Microsoft could come up with? Surely Ballmer and the boys realized, as many bloggers have cleverly pointed out, BING is a nice acronym for, “But Its Not Google.” Ha!

The first thing you’ll notice on the Bing homepage is the beautiful background image, which changes every day. One day it’s a photo of a quaint Italian village, the next it’s hot-air balloons, the next it’s space, and so on and so forth. Each image is embedded with hotspots that you can click to search for different content related to the photo. It’s an interesting little gimmick Microsoft hopes will give folks a reason to come back and visit every day. I think good search results would be a better reason — and Bing more or less delivers.

This week, the band Rancid came out with a new album. When I search for “rancid” in Bing, I like what I see. The main part of the page spits out the standard search results you’d expect from Google (in fact, they’re almost identical), though with nice photos of the band up there as the top result. Each result also pops up a little preview when I mouse over it, to give me a better idea of what to expect on the site that’s being suggested. If a Wikipedia entry is returned (as they almost always are), I can click an “enhanced view” link to read the entire Wikipedia article right on the Bing page, instead of going off to the Wikipedia site.

The left column really differentiates Bing. Here, I find a set of contextual links pointing me toward images, tour dates, tickets, lyrics, downloads, interviews, and videos. Very cool. I follow the video link and am presented with tons of relevant video from all over the Web, not unlike Google’s video search. And, similar to Google’s video search, I can filter those video results by length, resolution, screen size, and source. But here’s what Bing does that’s fairly novel: When I mouse over the video thumbnails, a preview of the video starts to play. That’s pretty sweet.

One of my favorite parts of Google is the instant knowledge it effortlessly returns, like currency exchange rates or what time it is right now in a given city. Bing handles these kinds of queries as well. And just for fun, I typed in “red sox score” to see what would happen. 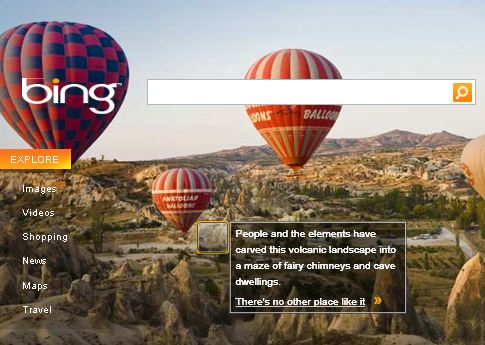 Right there above the search results appeared the score of last night’s game, the score of the game before that, and the schedule for the next four outings. A search for “yankees score” gives me the line score of the game currently in progress! Amazing…well, until I realize Google actually does the same thing. Who knew?

Next, I search for something that’s been in the news recently: “air france.” This time, the contextual links change from “lyrics” and “tour” to stuff like “news,” “reservations,” and “schedule.” Again, the main results are pretty much what you’d expect from Google, though with one important distinction. The top result, which is the official Air France site, lists the company’s customer service number. Wow. I try “ups” looking for the same thing and I nearly fall out of my seat. Not only is the UPS customer service number there, but I can track a package from right within Bing! Same with Fedex, though the customer service number is missing. I try “american express”, “time warner cable” and “hertz” in hopes of locating that same magical nugget of ever-elusive customer contact information, but Bing comes up empty. Microsoft’s search engine is loaded with features, but its actual content is pretty hit-or-miss.

So, it seems Bing can deliver some amazing search results — if you know exactly what to type into the search box. I’m sorry, but the reason Google is so successful, at least with me, is that it is incredibly easy to use and incredibly forgiving when it comes to both laziness and stupidity. If I misspell “its always surny in phillehlphia” into Google, I’m politely asked if I meant to type, “its always sunny in philadelphia.” If I type the same butchering of the title into Bing, I get nothing. The best suggestion it can muster is Always Maxi Pads.

Here’s the thing, though: Thanks 100 percent to Google, I no longer make even the slightest attempt to spell anything correctly when I search. I don’t have to! I don’t have to type in full addresses, either. If I type “2 park ave nyc” into Google, I’m shown a map zoomed tightly in on the location of PopSci headquarters. If I type the same into Bing, I get a map zoomed out a bit to include a florist’s shop that’s eight blocks away. To duplicate the Google result on Bing, I have to search “2 park ave new york ny.” The difference of 9 keystrokes may seem trivial, but it really isn’t when your patience and attention span are so minute they could only be measured on the molecular level.

In the end, that’s why it’s going to be tough, even impossible, for Bing to steal market share away from Google. To convince someone to leave Google, your offering needs to be 100 times superior. Otherwise, why bother? Bing certainly does do a few things better than Google, but those few things aren’t quite enough.