Google Wants To Be Your Wireless Carrier

The service would let phones jump between Wi-Fi and 4G 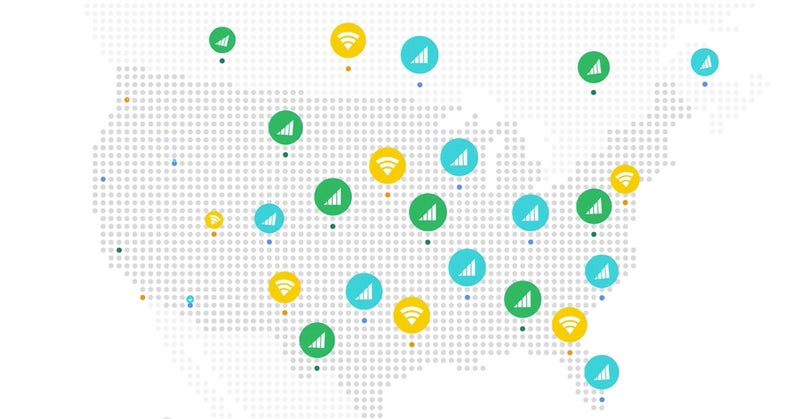 Google’s been many things to many people: search engine, email service, social network. Now the folks from Mountain View are branching out into a brand-new arena by launching a mobile phone carrier, Project Fi.

The cell phone market might seem like a strange move for Google, but keep in mind that the company has also been expanding its broadband efforts via Google Fiber.

As in that case, Google is offering a few things that set it apart from the competition. For one, it’s using towers from two separate wireless carriers, T-Mobile and Sprint, combined with a database of free, open Wi-Fi hotspots for both data and voice connections. Thus, at any given moment, your phone could choose from up to three possible networks, selecting the fastest one. It’ll even encrypt your connection to Wi-Fi hotspots using a Virtual Private Network (VPN) to help evade snooping by others.

The other two major selling points of Project Fi are free international data without roaming charges in more than 120 countries (though only at slower 3G speeds), and the promise that, unlike most other carriers, Google will only end up charging you for the amount of data you actually use, offering a credit for unused data on your following month’s bill.

Before you jump ship to Google’s offering, however, there are a couple of things you should know. For one, it’s currently on an invite-only basis, and only available to users of Google’s Nexus 6 phone.

Why might Google want to join the wireless carrier fray? For one, most people are increasingly dissatisfied with their mobile phone carriers. But perhaps the biggest advantage is simply getting more people connected to better networks more frequently. The more (and easier) that people can be online, the more they can rely on the other services Google has to offer–which themselves help drive Google’s core money maker: building profiles of its users and advertising to them.