With New Standard, Wi-Fi Could Become As Widespread As Cellular 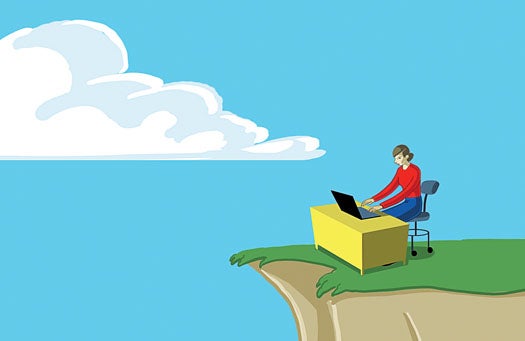 In late 2010, Verizon rolled out its 4G LTE network, which offers data speeds 10 times as fast as 3G networks. But as mobile data traffic continues to grow—experts anticipate that it will increase 26-fold in the next three years—it’s unlikely that any network will be able to keep up. Fortunately, something else is set to happen over the next three years: Wi-Fi could become as ubiquitous and easy to access as cellular is now.

Wi-Fi is up to 15 times as fast as LTE, but at this point it’s an unrealistic substitute for cell service. Connecting is not a standard process. Users need to log into access points individually, enter passwords, and go through other credentialing rigmarole. And range is limited; once logged in, a user can’t wander more than a few hundred feet from an indoor router. But such limitations will soon be gone.

Later this year, the Wi-Fi Alliance, a consortium that oversees Wi-Fi certification and testing, will release the Wi-Fi Certified Passpoint standard to automate logins. Based on the IEEE 802.11u protocol, Passpoint will allow devices to identify preferred hotspots, connect to them, enter passwords, and authenticate security credentials—all automatically. Users may be able to add Passpoint access to their cellphone plans or sign up for standalone service through another provider, such as Boingo, a company that serves 400,000 hotspots at locations like malls and restaurants. When users with Passpoint walk into a coffee shop or arrive at an airport, their phones will automatically connect with the network.

Wi-Fi’s range is also set to increase significantly. In December, the Federal Communications Commission announced a plan to transition unused over-the-air wireless bands into Super Wi-Fi. Unlike today’s Wi-Fi, which uses the 2.5-gigahertz and 5-gigahertz bands, Super Wi-Fi’s low frequencies (from 470 to 698 megahertz) have longer wavelengths that travel farther and penetrate walls. An indoor hotspot with a 40-milliwatt transmitter will quadruple the range of standard Wi-Fi, and an outdoor four-watt commercial transmitter could create a hotspot that extends two or three miles in a dense city, or up to 40 miles in an open plain.

Super Wi-Fi field tests are already under way in four U.S. towns. In Claudville, Virginia, for example, public-school students and local businesses in the 25-square-mile community have free access to high-speed broadband. The first Super Wi-Fi gear, including dual-mode Wi-Fi/Super Wi-Fi routers, will most likely arrive by 2014. Mobile manufacturers may begin installing Super Wi-Fi chips in devices late next year, and will release dongles that will upgrade older products.

In a Passpoint and Super Wi-Fi world, a user within a short drive of a city or town could have instant, ultrafast Internet access without having to rely on cellular service. Business travelers could use their laptops without cellular USB dongles, tablets wouldn’t need power-hungry 3G and 4G radios, and a Skype account could practically replace a phone line. At the very least, Wi-Fi could absorb a lot of the data poised to choke networks, leaving phones to fulfill their primary purpose: making calls.