Microsoft’s Smart Glass Is Like Apple’s AirPlay, But More So

Today at E3, the massive electronics expo that yesterday played host to Nintendo’s announcement about the updated Wii U, Microsoft... 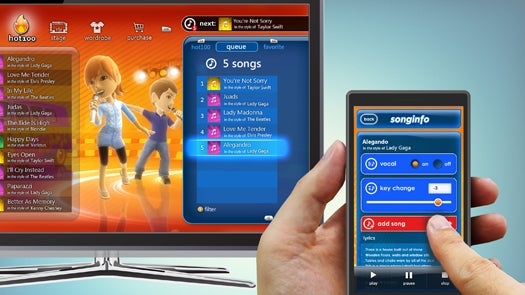 Today at E3, the massive electronics expo that yesterday played host to Nintendo’s announcement about the updated Wii U, Microsoft broke out an announcement that’s really more about media–especially video–than games. Microsoft Smart Glass is a way to join all of your devices together: smartphone, tablet, and TV, all sharing media.

Smart Glass is kind of similar to AirPlay, which (though it has its faults, most importantly that it works with very very few non-Apple devices) is a really unheralded and amazing thing. The ability to seamlessly move between screens is about as futurey as media gets–it’s no longer about where your video or music is, it’s about where you are, and how you want to experience it. Smart Glass allows you to watch a video on your Xbox 360 and continue it on a phone or tablet (or vice versa), but it has a new feature that’s actually pretty new: added content. In the example Microsoft showed, you could be watching an episode of Game of Thrones (real ballsy choice to pick that show at a videogame convention) and get a full map of the kingdom on your tablet.

There’s also a web browser coming to the Xbox 360 thanks to Smart Glass, with the tablet or smartphone acting as a keyboard and navigation tool. That’s long been an option with set-top boxes like the Boxee Box and Google TV, but it’ll be interesting to see how Microsoft handles the mostly chaotic and difficult task of reproducing the web on a TV.

As far as gaming goes, the features seem pretty similar to the Wii U (or, to go back a bit farther, to the Dreamcast’s VMU memory card): you can use a tablet or phone to plan plays in sports games, say, so your opponents can’t see what you’re doing.

Thankfully, Smart Glass will be available not just on Windows and Windows Phone, but also Android and iOS–a smart move, considering that the Xbox 360 is immensely popular and Windows Phone (through no real fault of its own) is not. And, lest we forget, the Xbox 360 isn’t really a gaming console, at least not in Microsoft’s view–it’s a full on entertainment device. So this isn’t too unexpected. Smart Glass should launch sometime this fall.