Apple’s iPhone 4S: Faster, and a Better Listener, But the Same iPhone You Know and Love

Today in Cupertino, Apple announced the newest version of its bajillion-selling iPhone, to be named the iPhone 4S. Like the... 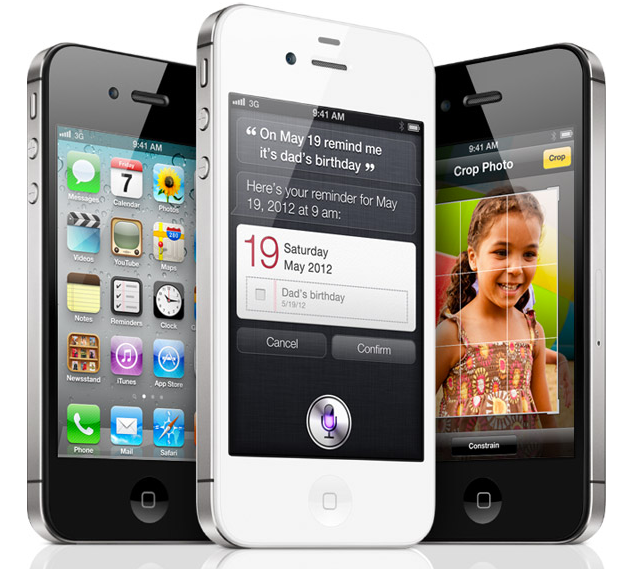 Today in Cupertino, Apple announced the newest version of its bajillion-selling iPhone, to be named the iPhone 4S. Like the iPhone 3GS, this is a small, mostly internal upgrade over its predecessor–a new dual-core processor here, an improved camera there–though there is a major addition in the form of Siri, a voice-command service Apple bought awhile back that allows you to ask your phone questions, or tell it to do things, in natural language. Lots of things.

So, what’s new in the iPhone world? The new iPhone 4S is in the same case as last year’s iPhone 4, so it’s the same size and weight. There’s no external change that we know of–all of the new goodies are on the inside. Hardware-wise, it’ll be using the A5 dual-core processor that serves the iPad 2 so ably, and it’s also getting a brand-new sensor. The old iPhone 4 camera was actually quite good, but the new one seems even better–it’s getting a size bump to 8MP, but the new sensor is backside illuminated, which Apple claims will allow it to get 73% more light than the iPhone 4’s sensor. It’ll also have an f/2.4 lens, and will take pictures 33% faster.

Otherwise, not too much going on in the hardware–Apple’s implemented a new sensor design that’ll hopefully eliminate that whole “grip of death” problem the iPhone 4 has, and it’ll also be a world phone, meaning it has the antennae to work on just about any international band. Oh, and there’ll be a 64GB version, in addition to the expected 16GB and 32GB versions.

Software-wise, it’ll be rocking iOS5, which brings some much-needed improvements in the notifications and multitasking departments, as well as some nice new features. There’ll be more intense Twitter integration; you can tweet your location from the Maps app, for example. Apple also introduced an app called Friends and Family that works sort of like Foursquare, locating your, well, friends and family. There’s iCloud, which will sync your contacts, calendars, mail, that kind of thing–a feature Google mastered several versions of Android ago, but still nice.

The big news is integration of Siri, a voice-command software that’s previously been available as an app but is now deeply embedded within iOS 5. It lets you give commands in normal phrasing–“Find me a Greek restaurant in North Beach,” say, or “define mitosis.” It’ll work with lots of apps, including calendar, email, maps, and services like Wikipedia and Wolfram Alpha.

Oh, right, pricing and availability. Well, the iPhone 4S will be available for pre-order on October 7th, releasing on the 14th. It’ll sell for $200, $300, and $400 for the 16GB, 32GB, and 64GB versions, respectively. The iPhone 4 is still around, with an 8GB version selling for $100. Oh, and the old 3GS is still here, with its non-Retina Display and shameful curved body. It’ll be free, on contract. Those will all be available on AT&T, Verizon, and now, for the first time, Sprint. Sorry, T-Mobile–not sure why you’re left out, but we sympathize.