Nokia Patents a Tattoo That Vibrates When Someone Calls You

Is corporeal connectivity a good idea? 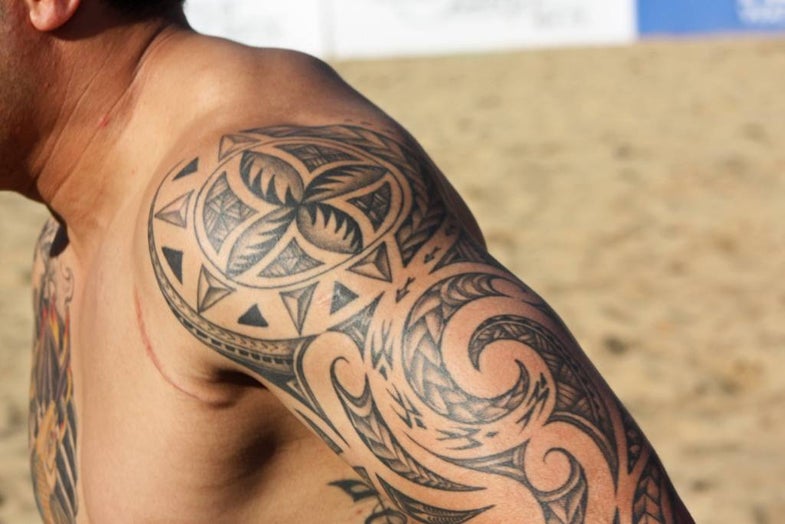 Sometimes, when I’m occupied or just don’t feel like answering it, I ignore my phone. Sorry, but I don’t always have time for a telemarketer or whatever. Now Nokia wants to make this physically impossible by patenting an electronic tattoo that would vibrate, on your body, whenever someone calls. It would work like a body-based caller ID system, vibrating in a specific pattern according to the caller or the type of message. Talk about a rude interruption.

Nokia’s patent application describes a system that could work in two ways. The first concept uses a detachable electronic material that could peel off your skin, much like these, that you could pair with a phone. The peelable circuitry could detect a magnetic field and cause a vibration, probably through piezoelectrics. When someone calls your phone, the phone sends a signal to the haptic material, which would vibrate in a certain pattern.

“A user of an electronic device may specify in settings of the device that when [the] caller is defined to be ‘Bob’ in accordance to the phone book of the mobile device, a magnetic field is induced by the electronic device in addition to the ring tone and other possible alert, like visual,” the application says.

The second concept would use a ferromagnetic ink to permanently imprint this material into your skin. You could get whatever image you’d want, just like a regular tattoo, and after it’s applied it would be magnetized so it, too, could recognize a magnetic field from your phone. Unwired View breaks down Nokia’s patent application in greater detail.

To be sure, practical uses abound for electronic tattoos, like keeping tabs on your health and fitness. But using them as an attention-grabbing, physical interruption is something else entirely. You can always leave your phone behind — but what about when your phone is literally _ on your behind?_ There are plenty of moments in life when it’s appropriate to ignore a ringing phone, but it’s not easy to ignore your own pulsating skin. Yes, there is such a thing as being too connected.