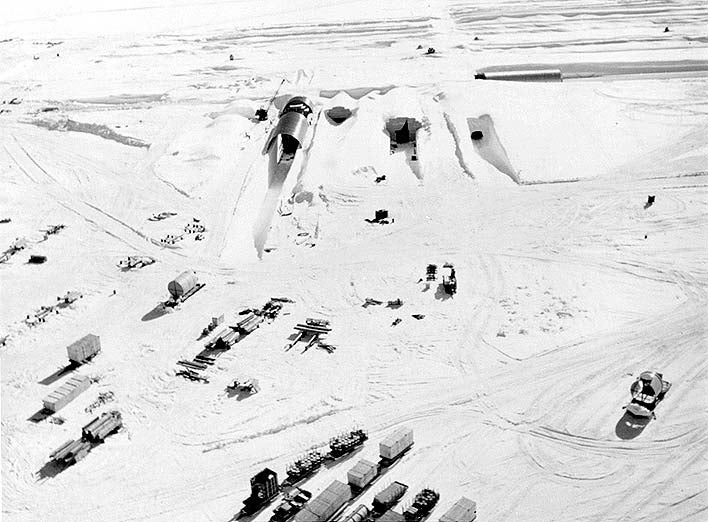 At the height of the Cold War in the 1950s, the Greenland ice sheet hosted a number of clandestine U.S. Army bases whose job it was to get an estimated 600 medium-range ballistic missiles with nuclear warheads ready for deployment. The largest of these sites was Camp Century, which had the public facade of a science station.

The Army never finished what it started at Camp Century. It abandoned the base in 1967, scrapping Project Iceworm, as its secret mission was called. But the Army left behind a nasty legacy buried under all that ice and snow — tons of toxic waste that military officials assumed would stay frozen forever.

Fifty years ago, the Army probably didn’t know about climate change. But now, thanks to global warming, the ice has begun to melt, leaking chemicals the Army thought would stay frozen in perpetuity. This poses a danger to the marine ecosystem, not to mention the potential diplomatic nightmare that could result between the United States and the host country.

“The whole thing seems like a crazy project that a James Bond villain would dream up,” said Jeff D. Colgan, an associate professor of political science and international studies at Brown University. “Sometimes we forget the crazy things the U.S. government is capable of doing. It’s not just other countries that take on risky and ill-advised projects in the name of geopolitical competition.”

The ice at Camp Century hid tens of thousands of liters of diesel fuel, large amounts of polychlorinated biphenyls (PCBs), and what is believed to be a small amount of low-level radioactive material, according to a recent study Colgan authored, which appears in the journal Global Environmental Politics. PCBs, in particular, are quite dangerous. They are believed to cause cancer and have been linked to a wide a range of other health hazards.

The paper is meant to be a case study for understanding the political, diplomatic and financial ramifications of environmental problems at American military bases, and it underscores the impact of so-called “knock-on” effects, that is, secondary environmental impacts, of climate change. It also raises the disturbing possibility that rising sea levels could wash toxic materials from other coastal military sites into the ocean.

The Pacific Islands are especially vulnerable, the study said, citing U.S. military radioactive waste left during the Cold War at Johnston Atoll and the Marshall Islands. Other toxic materials can be found at additional sites, including Orote Point on Guam, Ulithi Atoll on the Caroline Islands, the Solomon Islands and Midway Island, according to the study. The U.S. Geological Survey currently is studying these potential risks, but their full extent isn’t yet known.

“Those knock-on effects are secondary environmental problems — like damage to infrastructure or the release of chemicals or waste housed on site — that can manifest when temperatures and sea levels rise,” Colgan said. “They matter a lot because they are an increasingly common feature of our world, and the politics of knock-on effects are different from climate change itself. Climate change is a global problem, and therefore hard to pin on any one government or political actor. Knock-on effects are territorially specific, so local people can demand somebody be responsible.” 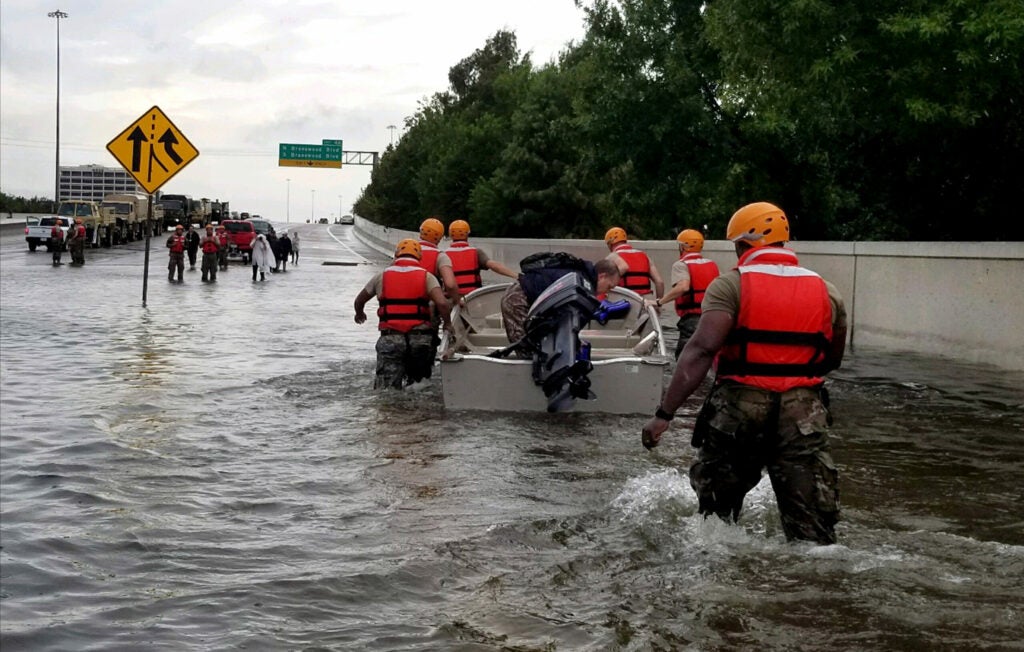 In November, the General Accounting Office released a report urging the military to do more to anticipate problems from climate change at its installations overseas.

“The United States alone has hundreds of overseas bases that require continuous political coordination with host governments,” Colgan said. “Climate-related environmental hazards could represent a new kind of tension within international political alliances. The U.S. Department of Defense would be wise to get out ahead of this issue.”

Trying to find a solution for the Project Iceworm mess likely will ensnare the United States and Denmark — the two countries that signed the original treaty establishing the base — Greenland, now a semi-sovereign territory of Denmark, and Canada, whose waters could become contaminated. Ultimately, there will be cleanup costs to pay, and possibly compensation for locals affected by the pollution.

There already have been reverberations in Greenland and Denmark over this. When Greenland’s former foreign minister took an aggressive stance on the issue, demanding that either Denmark or the United States pay to clean it up, he lost his job, Colgan said.

“He actually accused the Danish foreign minister of lying over the issue, a pretty bold move, considering that Denmark still heavily subsidizes the Greenlandic government,” Colgan said. “That seems to be the reason that Greenland’s Prime Minister fired him — though in politics you never know what else was going on behind the scenes.”

In 1951, at the time the countries signed the Defense of Greenland Agreement, which established the bases, Denmark “had a nominally nuclear-free foreign policy,” the study said. This is important because the treaty allowed the United States to remove property from the bases or dispose of it in Greenland after consultation with Danish authorities.

Denmark could argue that it wasn’t fully consulted regarding the decommissioning of certain abandoned military sites, thus any abandoned waste there remains a U.S. responsibility. Moreover, Denmark never was approached officially with a plan to deploy nuclear missiles to Greenland, according to the study. In the absence of climate change, ice almost certainly would have preserved this secret for all time.

“When Camp Century and the other bases associated with Project Iceworm were built in the 1950s and abandoned in the 1960s, no one was even thinking seriously about global climate change,” Colgan said. “The idea that the Army could just leave the abandoned waste in Greenland, to be buried in snow forever, didn’t seem crazy. No one at the time anticipated the enormous experiment we are now running on our planet.”