Does a fever always mean you have an infection?

Our fear of fevers made us terrified of even a slight increase in body temperature. 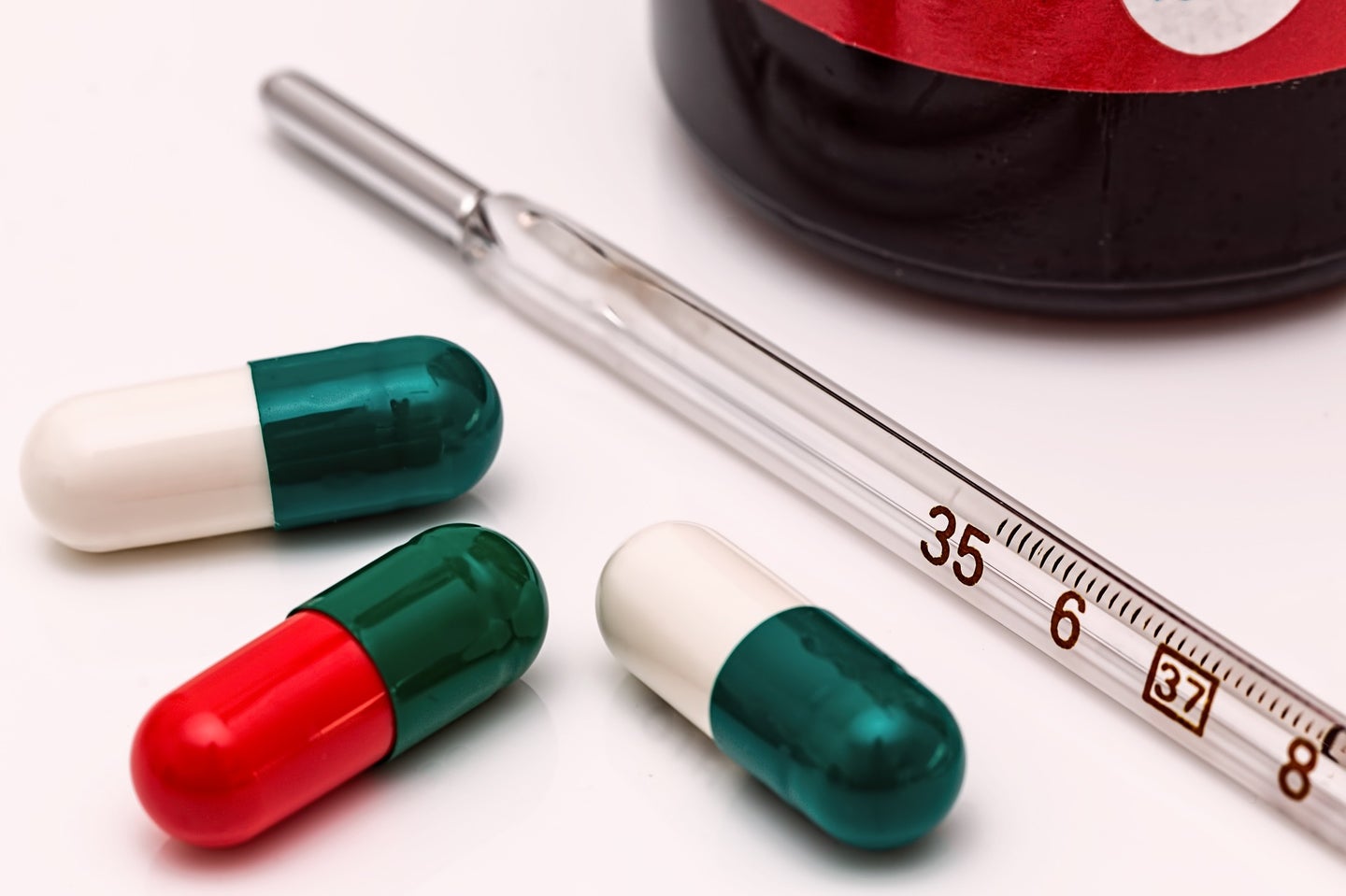 The shivers, the shakes, the chills—we’ve all experienced a fever at one time or another. When we take our temperatures and the thermometer reads anything above 99 degrees, many of us immediately believe we are afflicted with some kind of infectious microbe. But, in fact, having a fever doesn’t always signal infection. Yes, contagions like strep throat or the flu, are the most common reason for an elevated temperature, but it’s surely not the only one. More uncommon ailments like brain injury, reactions to legal and illegal drugs, and even cancer can raise your body temperature above its natural level. But don’t freak out, yet. Knowing what the causes are and how they can occur can help you make the most informed decision about your elevated body temperature.

As most school children can tell you, the average human body temperature is around 37 degrees Celsius (or 98.6 degrees Fahrenheit). But experts says that that perfect temperature comes with a full degree of variation, both higher and lower, to account for a variety of factors including a person’s age, what time of day it is, and their physical activity level at the exact time their temperature was taken.

In general younger people tend to have higher body temperatures, while older people run cooler. That’s for a variety of reasons but for one, older people are often less active than younger, energetic folks. The energy used to run a mile or play a soccer match can increase our core body temperatures. That’s also why we sweat so much during intense exercise, so that we can cool our bodies down. Our internal systems also run hotter during the day than they do at night.

By medical standards, a person has a fever if their temperature rises above 38.2 degrees Celsius (100.4 degrees Fahrenheit), although some people may have medically significant fevers below that temperature (as is often the case with elderly people, or very young infants). However, fever or it’s more official-sounding medical name “hyperthermia” is not a universally defined term. Some doctors refer to fevers as only elevated temperatures caused by infections and inflammation, while others use it to describe all situations where a person’s temperature rises above 100.4 degrees Fahrenheit.

The majority of fevers are caused by an infection. This can include not only viruses and bacterial infections, but also parasites, urinary tract infections, and appendicitis. Less common causes of infection, but causes all the same, include things like malignant tumors, tissue ischaemia (a condition in which not enough blood gets to a particular tissue in need), and reactions to certain drugs. Drugs that can cause reactions include illegal substances like Ecstasy, prescription drugs like antidepressants such as SSRIs, and in rare cases, antipsychotic medications. Other causes of fever include inflammation after surgery or from a brain injury, endocrine disorders, and even cancer.

But what’s actually happening in your body when you feel the urge to wrap yourself in an excessive number of blankets? Dr. Edward Walter, of the Royal Surrey County Hospital in England, says that still, researchers don’t completely understand how the body establishes and maintains a fever. When an infection is present, viruses or bacteria either contain or trigger the production of a pyrogen (any substance known to cause a fever) by your immune system. These pyrogens carry messages to an area of the brain known as the organum vasculosum lamina terminalis. There, it produces a bunch of chemical messengers called prostaglandins. These compounds alter the normal signaling in the hypothalamus, causing it to reset the body’s resting temperature to a higher level.

If an infection is not the instigator, there are a number of different mechanisms that can trigger a fever. Inflammation can often cause fevers because some of the chemicals produced during the inflammatory process are pyrogens. Similarly, some of the drugs that can cause fevers have pyrogenic characteristics. A class of antidepressants known as SSRIs can affect the “thermostat” level by changing the chemical messengers in the brain. Brain damage can cause fever through direct trauma to the areas that regulate temperature.

Fevers, then, are what doctors call a physiological response, and not actually a part of a disease or infection itself. In fact, because many animals also have fever responses to infection, researchers say there is some reason to think fevers may be an evolutionary adaptation to help the body fight the disease-causing micro-organisms. Because of this, scientists are still debating whether it might in fact be beneficial to let a fever run its course without lowering it with medicine. It’s still common practice for doctors to lower fevers with a class of drugs called antipyretics (like ibuprofen and acetaminophen), but that’s mostly to make people more comfortable, not to help them recover.

Not lowering a fever goes against a very strong cultural tendency to worry over an elevated temperature. Social scientists and historians point out, before the invention of vaccines, fevers were frequently deadly, and our fear of them has deep roots in diseases like smallpox and scarlet fever. In contemporary society, doctor’s have named parental anxiety over their children’s temperature “fever phobia,” as they fear things like seizures and permanent brain damage as a result of the high heat. And while these things are possible (and especially dangerous for young infants), they only occur in extremely high fevers over 105 degrees, which are extremely rare in infectious conditions.

It’s worth noting, though, that seizures and brain damage are more common from another heat-related condition—heatstroke. In heatstroke, (which is also, somewhat confusingly, called hyperthermia), the body generates excess heat due to its inability to shed it through natural mechanisms like sweating. In this way, it’s not an internal change in heat-regulation in the hypothalamus, but an inability for the body to keep itself cool. This happens most often for people like athletes during periods of exertion, but is also a danger for older folks living alone during heat waves.

To return to the original question, as long you haven’t just performed some intense exercise in the middle of the summer heat, there is a good chance your hot forehead is caused by an infection. If it’s over 100.4 degrees Fahrenheit you definitely have a fever, and if it’s over 104 you should probably see a doctor. If you know you have ingested drugs of any kind (in particular party drugs or antipsychotics), or if you know have a thyroid condition or a history of cancer, there is a chance these things may have caused the fever and you should also see a doctor. But if you’ve got a low fever and none of the above conditions, you’re probably fine holing up with a cup of soup and some movies and riding out the chills at home.

Ask Us Anything
ask anything
doctors
drugs
fever
infection