Better internet could be a simple router upgrade away

Fill every corner of your home with love and Wi-Fi 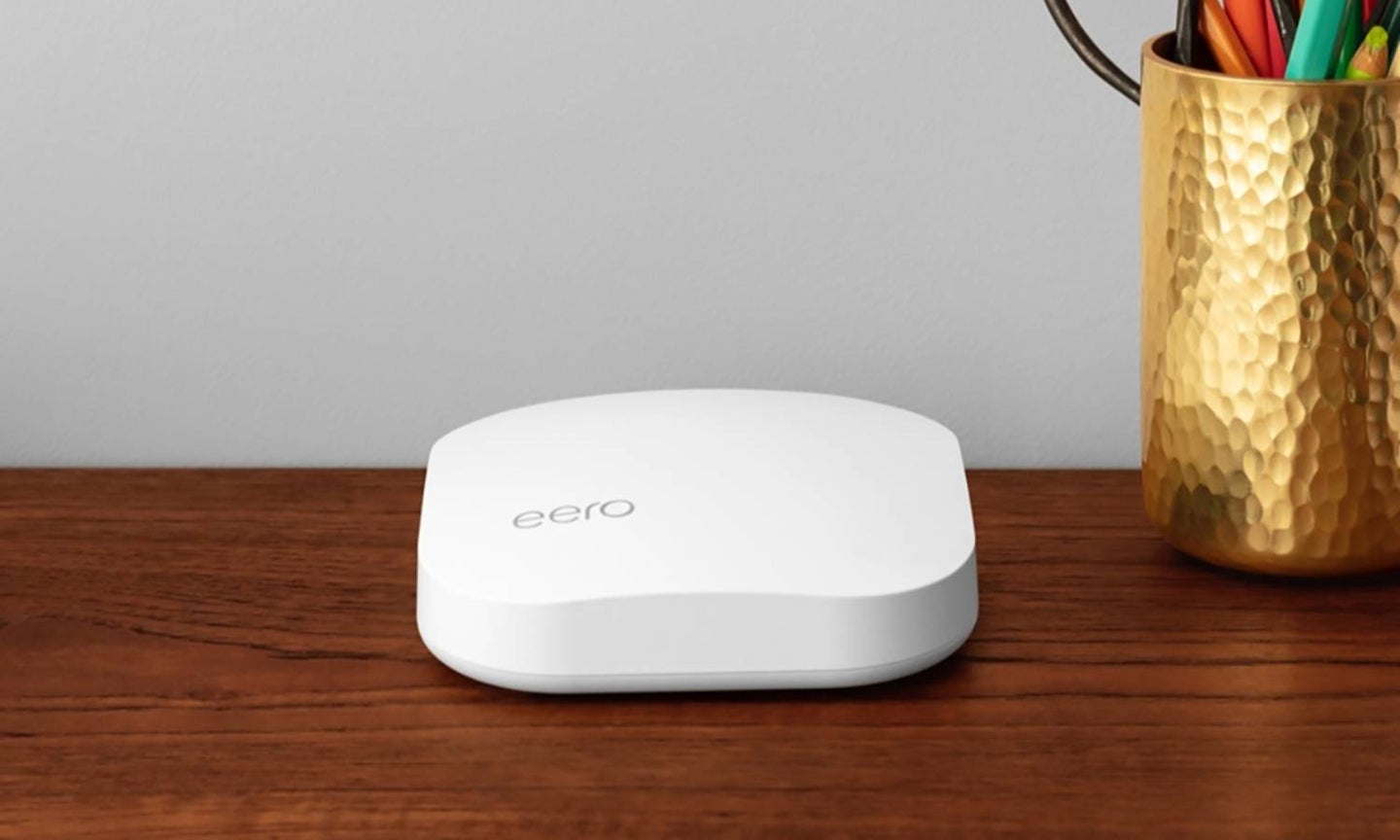 It's highly likely this looks a lot better than the one you got from your internet service provider. Eero
SHARE

When you sign up with an internet service provider, you get a router to blanket your home in precious Wi-Fi. This box will do its job perfectly well, so you might not think there’s any need to spend your hard-earned money to upgrade it. But depending on the model of the router and what exactly you want to do with your home network, an upgrade can make perfect sense for you.

If you’re thinking about leveling up your Wi-Fi setup but you’re not sure what to look for, start by getting familiar with the specs and features you’ll be dealing with in the router world.

Your router and internet package

Whatever router you choose to buy won’t affect the original speed of the internet coming into your home. These are two separate things, so don’t expect much faster download and upload speeds.

The true benefit of a new router comes with having better coverage. If you have some dead zones in your home where you couldn’t load a GIF even if your life depended on it, a new router might be able to emit a stronger signal capable of getting Wi-Fi into more corners of your house or apartment. This also means a faster, more stable connection, even on the same broadband package.

A good way to quantify this is by comparing the internet speed you’ve signed up for from your ISP and the actual speed you’re getting on your devices. Going to a simple online speed test site will do the trick. If you find there’s a large discrepancy between the two, a router upgrade might be in order.

When you start shopping for a router upgrade, you’ll notice a lot of the premium models come with numerous, oversized antennas. Those aren’t just for show, and they’re able to beam Wi-Fi signals that are stronger and travel further. More antennas are usually better—this means more connection points for your devices to latch onto.

Look for the quoted throughput and range on a router to get an idea of the Wi-Fi speeds you can get and how much of your home your network might be able to cover. Don’t forget to check users’ reviews online, too—that way you’ll make sure the manufacturer’s claims match reality.

The number of antennas is important, but keep in mind this is just one of many factors determining how fast a router will be able to pipe Wi-Fi to your devices.

Battle of the bands

Dual-band routers working at frequencies of both 2.4GHz and 5GHz are now commonplace. Essentially, they give your Wi-Fi signals more frequency channels to travel along so signals are less likely to interfere with each other (like having more lanes on a highway). This avoids slow and unstable connections.

Traditional 2.4GHz channels are slower than 5GHz ones and more prone to interference. However, they are able to travel longer distances and are better at penetrating obstacles such as walls. Dual-band routers are smart and capable of managing channels by themselves, ensuring you’re always automatically connected to the best channel at any given time, wherever you are in your home.

We’re now seeing tri-band routers hitting the market, which have an extra 5.8GHz frequency—another lane on the highway. The jump from dual-band to tri-band isn’t as significant, performance-wise, as the one from single-band to dual-band, but tri-band is worth considering if you’ve got a lot of internet-connected devices at home.

Just like video game consoles or smartphone processors, Wi-Fi has successive generations. The latest iteration is Wi-Fi 6, and it’s supported by some of the best router models around.

Each Wi-Fi upgrade brings with it engineering and compression improvements that transmit data faster, more reliably, and with less interference. A later generation also means the connection is better at supporting multiple devices at once.

Upgrading to a Wi-Fi 6 router will certainly improve wireless coverage, though the differences won’t be huge until all your gadgets are compatible with Wi-Fi 6. And considering this entails a hardware update, that could take some time.

In recent years, we’ve seen a number of mesh routers appear on the scene, including models from Eero, Google, and Netgear. These systems include both a main router and one or more satellite nodes to place around the home.

In this setup, instead of one router doing all the work, you have several devices sharing the load, covering a greater range and working in tandem to make sure your gadgets always have the strongest possible Wi-Fi signal.

If you’re in a larger home or often have trouble with Wi-Fi dead zones, look into the flexibility that mesh routers give you. While their maximum speeds don’t typically match the best standalone routers, they’re often a better solution in terms of range.

Other specs and features

Another spec to check on a router is the Multi-User Multiple Input Multiple Output, or MU-MIMO, which determines how good a router is at dealing with multiple devices at once.

The higher the number here, the better—4×4 MU-MIMO is an upgrade over 2×2, for example. Included as part of the Wi-Fi 6 protocol, 8×8 MU-MIMO is the highest you can go at the moment, and it’s supported by the top routers on the market.

You should also look out for mentions of quality of service, or QoS features. They come built into a router’s software and allow it to prioritize internet traffic, giving big data-consuming devices, such as game consoles, more bandwidth than smaller ones, like smart speakers.