The predators deploy different strategies to bring down different prey. 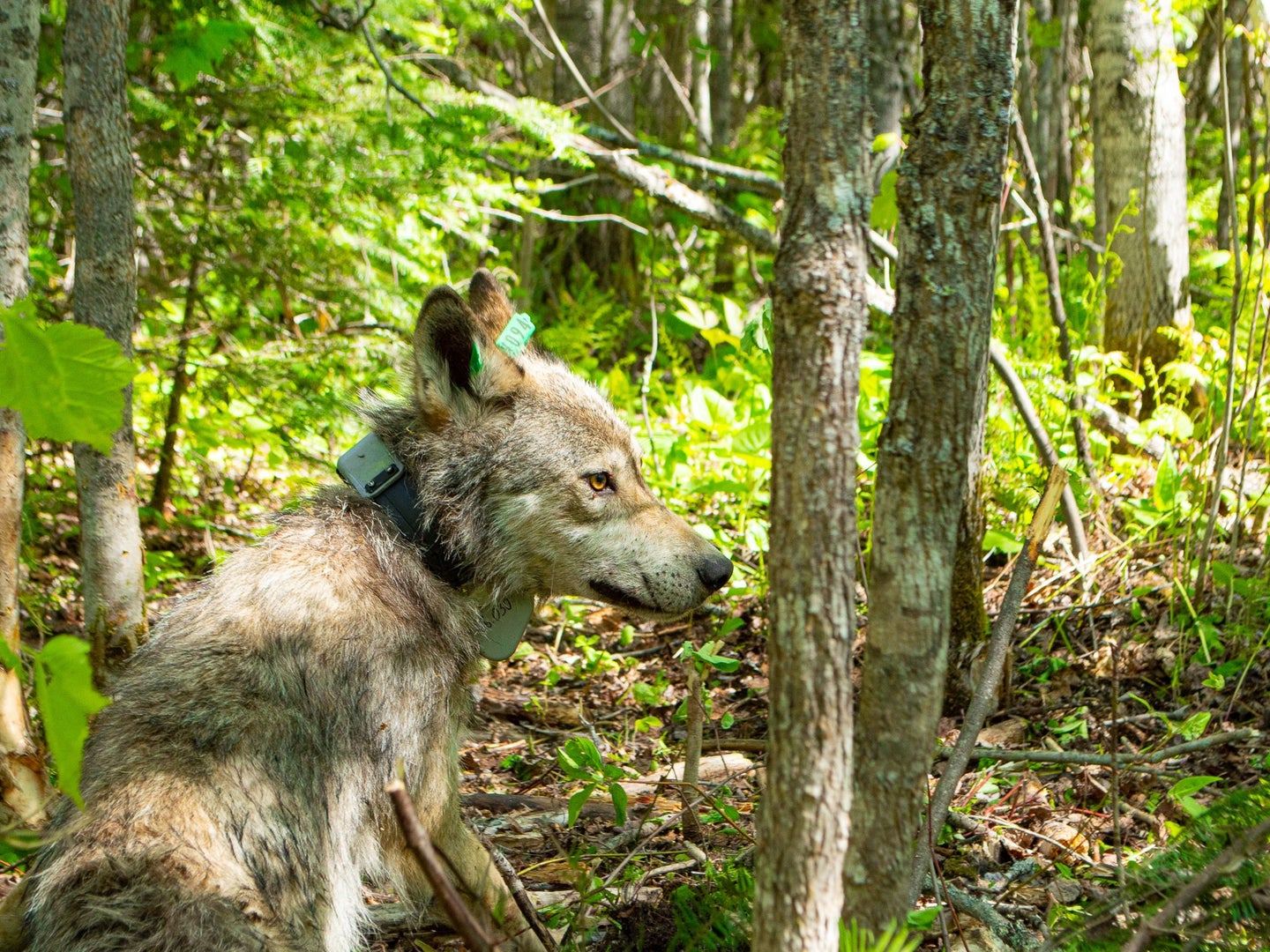 When wolves go on the prowl, they typically run down large animals like deer and elk until their prey is exhausted. However, solitary wolves sometimes prey on smaller animals such as beavers and they use specialized tactics to ambush the unsuspecting rodents, scientists reported on February 9 in the journal Behavioral Ecology.

Over a five-year period, researchers observed the predators at hundreds of locations in northern Minnesota where they were known to stake out beavers. The wolves took advantage of the beavers’ poor eyesight by waiting within a few meters of spots the animals frequented, and thwarted their more sophisticated sense of smell by staying downwind.

“It shows a lot of flexibility in their hunting strategies,” says Thomas Gable, a biologist at the University of Minnesota and coauthor of the new findings. “A lot of large predators have one main way they hunt and kill their prey; for example, cougars are ambushing predators for the most part.”

Wolves, by contrast, seem to adapt their technique to the kind of prey they’re hunting. “They will use ambushes to catch beavers and then they’ll switch back and start chasing after deer if they can find one,” Gable says.

Beavers generally are not easy meals for a hungry wolf. During their brief jaunts onto land, beavers stick close to the water so that if a predator appears, they can quickly flee to safety. The rodents can also be nearly as heavy as an adult wolf and don’t have much neck to latch onto. “Beavers are these sometimes 50-to-60-pound hunks of muscle that are shaped like a football,” Gable says. “[They also have] incredible bite strength and really sharp teeth that could do some real damage.”

Yet in the dense forests of Voyageurs National Park in northern Minnesota, and the surrounding lands, beavers make up a large portion of wolves’ diets during the warm months. In the summertime, bulky prey like moose and deer are well-nourished, making them harder for wolf packs to bring down. So wolves usually hunt smaller prey on their own. Beavers are plentiful in this area, and waiting for them to come onto land demands less energy than seeking out and chasing a moose.

Beavers are also somewhat predictable in their ways, returning repeatedly to well-defined trails to cut down vegetation for their dams and lodges. “Wolves can always go to a beaver pond that’s active and beavers will be coming on land,” Gable says. “Whether or not the wolves are in the right spot to actually catch them is a different story.”

To better understand how wolves choose where to lie in wait for the beavers, he and his colleagues tracked the movements of 32 wolves fitted with GPS collars. They visited sites where the wolves had spent time and looked for signs of beaver activity, such as fresh vegetation cuttings. In most cases, flattened vegetation and scattered hairs provided the team with clues of where the wolf had waited. The researchers also used nearby weather stations to determine what direction the wind had blown from during the stakeout.

“Where wolves choose to wait seems to be almost perfect for catching beavers because wolves seem to understand how beavers detect—or don’t detect—predators,” Gable says. He says the wolves likely adapted certain strategies that keep them as close to where beavers hang out on land as possible, and “they take into account the wind direction so they are basically undetectable by the beavers.”

The team identified a total of 748 sites where 28 of the collared wolves had attempted, seemingly without success (because of the absence of beaver remains), to ambush beavers. These stakeouts lasted four hours on average, although they could run as long as 30 hours. The researchers also documented 214 sites where disturbed vegetation and fresh remains such as bones and fur revealed that a wolf had succeeded in killing a beaver. However, only about a third of these sites occurred near features such as beaver feeding trails. The rest of the kills may have been cases where a wolf encountered a beaver by chance rather than successful ambushes, Gable says, although it isn’t possible to determine from the GPS data alone.

Nonetheless, the fact that the wolves followed a very similar formula when they did attempt to ambush beavers suggests that the behavior is widespread.

“The fact that all these wolves from different packs [and] of different ages are using similar strategies is really fascinating,” Gable says. “This behavior is likely pervasive not only in our area but beyond our area, because wolves travel in…and out of our area often.”