The better to dig with, my dear 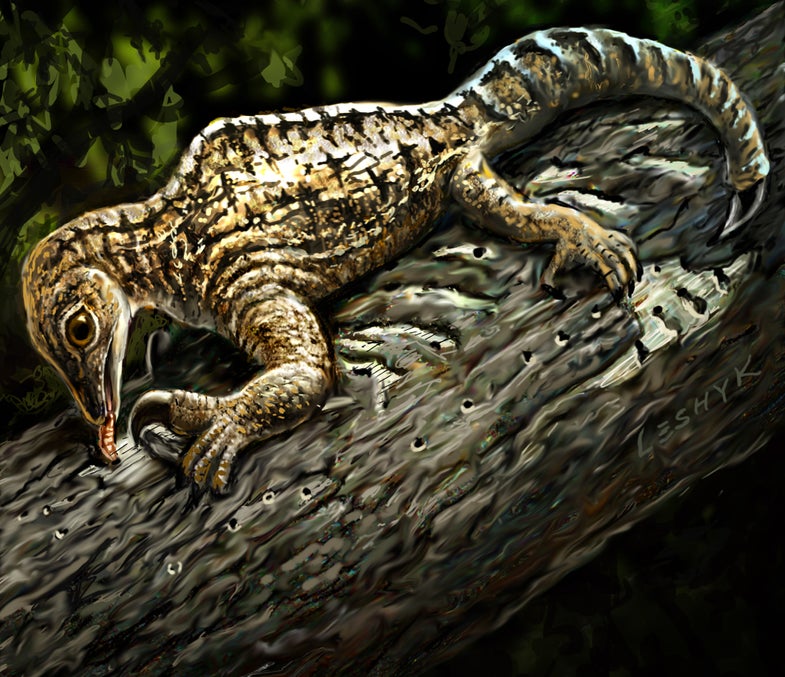 In a paper published in Current Biology today, researchers announced that they’d found the fossilized remains of a reptile with very odd arms.

In most four-limbed vertebrates (aka tetrapods), the two main forearm bones are found parallel to each other. These are the radius and ulna–you have them in your arm too–sitting nicely and normally, side by side.

Whether birds, lizards, or ichthyosaurs, the forearm bones in tetrapods generally tended to be parallel. But in this fossil, of a lizard-like reptile called Drepanosaurus unguicaudatus, the bones were decidedly not parallel but were offset at an angle. 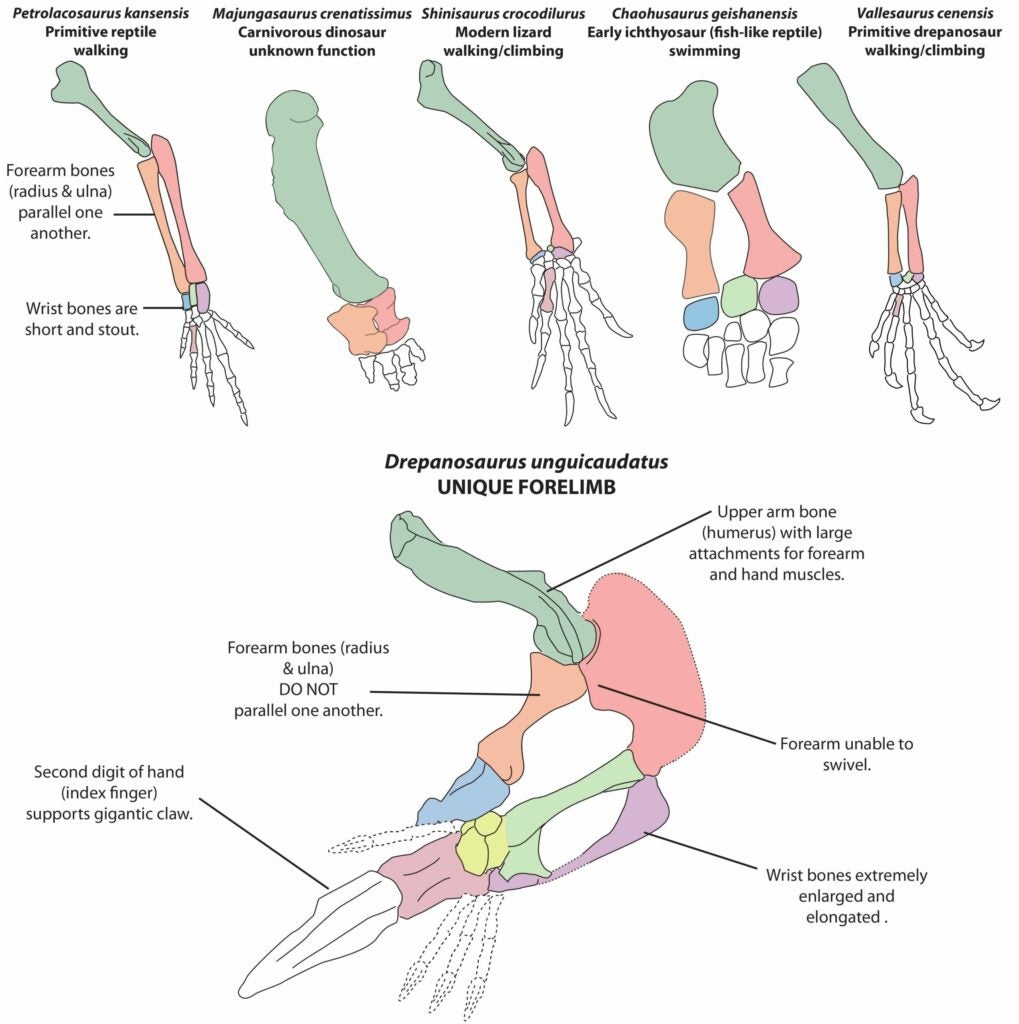 The radius and ulna of the reptile don’t match the formation found in many of its relatives.

The bones resembled the structure of another animal, the anteater.

Anteaters have similarly shaped arm bones, adept at digging through soil to find tasty ants and termites. It’s possible that this lizard-like reptile occupied a similar ecological niche to anteaters and their relatives, only much, much earlier.

“Anteaters use a special kind of digging called ‘hook-and-pull digging,'” Adam Pritchard, lead author of the paper said in a statement. “In this action, the animal will powerfully insert its enlarged claw into a substrate and then powerfully pull back the entire forelimb. The motions and musculature indicated by the New Mexico Drepanosaurus bones were well suited to hook-and-pull digging over 150 million years before the first known anteaters.”