A century ago, wind power was a farming norm. What happened?

Harvesting the wind the way you harvest crops made a lot of sense in the 1920’s. 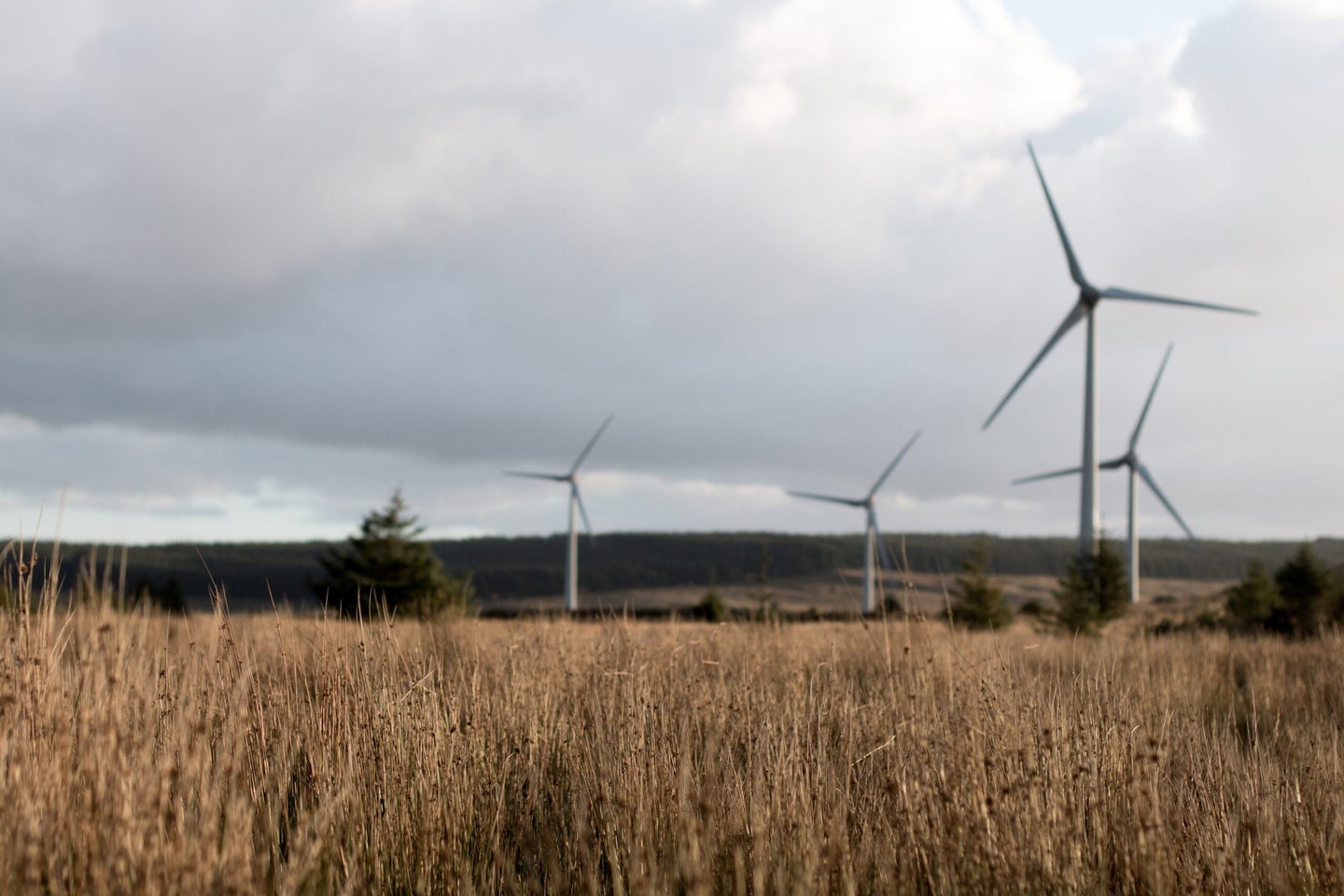 Where the first wind turbines were proposed actually is where many are located today. Sam Forson on Pexels
SHARE

The following is an excerpt from The Big Fix: Seven Practical Steps to Save Our Planet by Hal Harvey and Justin Gillis.

Had you met Dew Oliver in 1926, you might have written him a check. A lot of people did, and came to regret it. He was a charming Texan running around Southern California in a cream-colored Stetson cow-boy hat, sporting a walrus mustache and talking up money making schemes. His boldest idea was a plan to capture the wind.

Mr. Oliver, like just about everybody else who passed through the San Gorgonio Pass, was mightily impressed by the winds there. The pass, created by the famed San Andreas Fault, is one of the steepest in the United States, with the mountains on either side rising nearly nine thousand feet above it. Like a lot of mountain passes, it functions as a wind tunnel. As the hot desert air of interior California rises, cooler air from the Pacific Ocean, to the west, rushes through the pass. The story goes that Mr. Oliver realized how strong those winds were when they blew his Stetson off his head.

His scheme was pretty simple, really. He wanted to erect a ten-ton steel funnel to capture the wind, then send it through propellers connected to a 25,000-watt generator. His intent was to sell the electrical power to the budding nearby resort town of Palm Springs. He apparently failed to realize that a local utility had already claimed the town and would not welcome an interloper. But he did get the thing built: by 1927, Mr. Oliver’s wind machine had been erected at a spot a few yards from where Interstate 10 passes today. A huge funnel on the front end was attached to a cylinder seventy-five feet long and twelve feet wide, with propellers inside to drive a secondhand generator Mr. Oliver had scrounged up. But even Mr. Oliver had underestimated the power of the wind: in the early testing, a propeller spun too fast and set the first generator afire. He found a bigger one. Yet the few customers he managed to sign up complained that the power from his machine was erratic. Needing more money to improve his equipment, Mr. Oliver undertook to sell stock to local people, and it seems he may not have been entirely honest with them about the risks of his venture.

One suspects the costs got away from him, but whatever the cause, the scheme failed. Mr. Oliver was hauled into court and convicted of selling stocks unlawfully. After a short stint in jail, he fled California, and his machine stood forlorn in the desert for years, eventually to be cut apart for scrap in World War II. Why would any investor be duped into writing checks for such a crazy plan? Actually, the notion of generating electricity from the wind was a hot idea in the 1920s, and many Americans had read about it, if not seen it working. On thousands of farmsteads that had not yet been connected to the electrical grid, families were eager to gain access to the new medium of the age: radio.

This new technology had soared in popularity in the mid-1920s, with five hundred new broadcasters going on the air in a single year, 1923. In the pre-radio era, farmers had gotten along with kerosene lanterns at night and no electrical power, but many now felt they had to get connected to the modern world. For one thing, critical farm news, including daily prices, was now being broadcast on the radio. Startup companies plied the countryside, selling kits that included a small wind turbine connected to a generator, a set of batteries, a radio, and an electric light or two. The devices were called wind chargers, and they were finally rendered obsolete in the 1940s, when one of Franklin D. Roosevelt’s New Deal programs delivered nearly universal access to the power grid. Many decades later, though, the cultural memory of the wind chargers would prove to be important. Deeply conservative people living in the middle of the country, who might have been expected to oppose such newfangled inventions as large commercial wind turbines, remembered hearing about wind chargers from their grandparents. The idea of harvesting the wind, the way you harvested a crop, would strike many of them as a perfectly sensible thing to do.

By the time the wind-charger business collapsed in mid-century, it was clear you could generate significant amounts of electrical power from the wind. A few people had the vision to see how much bigger wind power could become: with extensive support from the Massachusetts Institute of Technology, a large-scale turbine was built in this era to feed electricity into the power grid. The turbine, installed atop a Vermont mountain called Grandpa’s Knob, operated intermittently but successfully for five years, sending power to the Champlain Valley below. The turbine broke near the end of World War II, and since power from the wind was somewhat more costly than power from conventional generators, the local utility decided not to pay for new turbines. Yet a dream had come to life, and it would not die. The most important scientist in American public life of that era, Vannevar Bush—who had been President Franklin Roosevelt’s science advisor during World War II—had kept a close eye on the project.

“The great wind-turbine on a Vermont mountain proved that men could build a practical machine which would synchronously generate electricity in large quantities by means of wind-power,” Dr. Bush wrote in 1946. “It proved also that the cost of electricity so produced is close to that of the more economical conventional means. And hence it proved that at some future time homes may be illuminated and factories may be powered by this new means.” While Dew Oliver’s project to generate wind power in the desert had come to naught, he had gotten one thing right: he had indeed found one of the best places in the nation to capture the wind. Half a century after his scheme went under, the idea of generating power at commercial scale with wind turbines would be reborn, and the San Gorgonio Pass would be one of the places where it happened.

Copyright © 2022 by Justin Gillis and Hal Harvey. From the forthcoming book THE BIG FIX: 7 Practical Steps to Save Our Planet by Hal Harvey and Justin Gillis to be published by Simon & Schuster, Inc. Printed by permission.