‘Tornado alley’ looks far different than it did a century ago 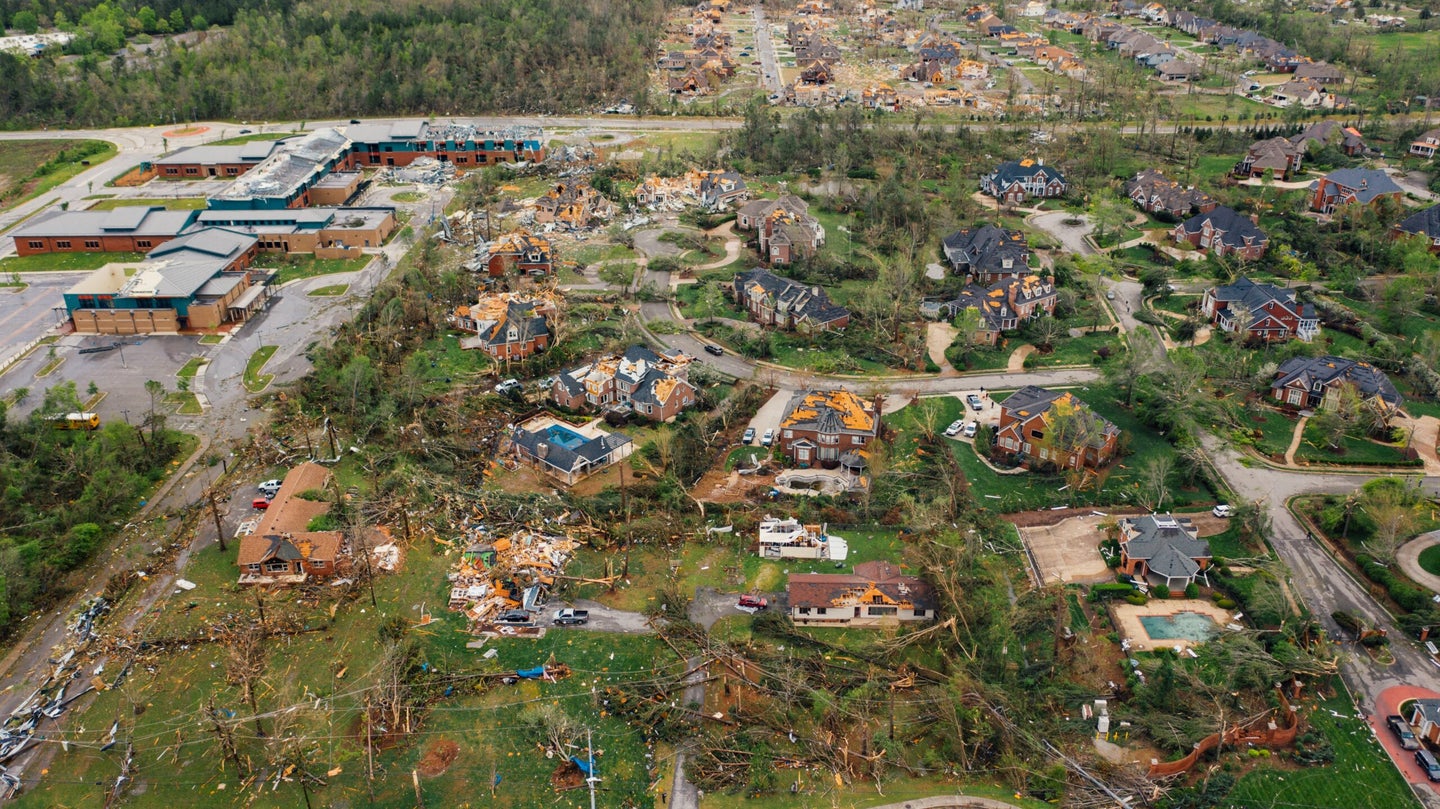 Last week, a deadly outbreak of tornadoes tore across six states in a shockingly unseasonable meteorological event. So far, more than 90 people have died and dozens of residents are still unaccounted for or feared dead.

Unlike hurricanes and tropical storms that can be tracked for days, a tornado lasts just a few minutes and can either cover a large area or stay somewhat stationary. The uptick of data that scientists have about tornadoes has a lot to do with population growth in tornado-prone parts of the Southeast and “tornado alley.”

Jana Houser, an associate professor of meteorology at the University of Ohio, says that there are a number of variables that make it harder to connect tornadoes to climate. Unlike studying weather patterns by looking at tree rings or sediments, a tornado isn’t as easy to capture or connect to a changing climate. Tornadoes come and go and only last a few minutes at a time, making them harder to study.

“Our meteorological research on tornadoes starts in the 1950s and the data between the 50s and the 1990s is pretty unreliable,” she says.

But recently, as storm chasing has also become increasingly popular, scientists have been able to learn more about tornadoes, she says.  More people are plugged into social media, so people near tornadoes can upload photos or videos of the storms and the aftermath. According to the data collected on tornadoes over time, the instances and severity of tornadoes aren’t necessarily getting worse, but the location of tornadoes is shifting slightly. Tornado alley may be moving away from the middle of the country and turning to the Southeast.

Jason Naylor, an assistant professor of geographic and environmental sciences at the University of Louisville, says the amount of tornadoes themselves aren’t increasing or decreasing—despite the US leading the world in tornado counts averaging over 1,000 each year. However, conditions this past weekend were unseasonably favorable for tornado formation. Though tornadoes happen throughout the year, normally tornado season is known to peak at around May and June around the Plains and Midwest.

“There were places that were stressed that were hitting unseasonable highs and humidity for December,” he explains, “so we’ve been really warm recently, well above average.”

[Related: Why it’s so difficult to forecast a tornado’s path.]

When tornadoes form, air along the troposphere, or the section of the atmosphere on the ground that we breathe and live in, must be warm and humid. On top of that system of air is colder and unstable air. The warm air tends to rise up to meet the chilly air, causing the wind to rapidly change direction, creating an air column.

In the days leading up to the tornado, some of the states affected reached temperatures over 65 degrees Fahrenheit, breaking records in cities like Philadelphia.  Across the six affected states, including Arkansas, Illinois, Kentucky, Missouri, Mississippi and Tennessee, many areas were unseasonably warm for early December.

“Devastating tornadoes in December as far north is weird,” Naylor says. Tornadoes do occur in December, but typically stick to the warmer, more humid states along the Gulf Coast region, like Louisiana and Alabama, he says.

James Elsner, a professor and tornado climatologist at Florida State University in Tallahassee, attributed the heat that led to the weird tornado-inducing weather in the region to an “exceptionally warm Gulf of Mexico caused by climate change” in an op-ed for the New York Times.

Victor Gensini, an associate professor of geographic and atmospheric sciences at Northern Illinois University, points out that tornadoes venturing outside the “tornado valley” more often could make for more structural damage and deaths as the storms trickle towards more populated areas, like the Southeast. The terrain of the often woodsy Southeast could make it harder to see tornadoes coming, and houses tend to not have basements or tornado shelters in the same frequency as those along tornado alley.

“Those [factors] will be driven by the increasing sizes of our cities,” he says.

Of course, there have been massive tornadoes all throughout history. The Tri-state tornado of 1925, which hit southeastern Missouri, southern Illinois, and southwestern Indiana, was the deadliest tornado in the country’s recorded history, killing nearly 700 people. The weather event lasted hours and the tornado traveled 200 miles, similar to last weekend’s event, which lasted hours and traveled significantly.

And though some of the data on tornadoes is still imperfect (we measure intensity of damage and not wind velocity for example), Gensini says that meteorology has gotten better at detecting and alerting people to potential tornadoes in their area.

“We’ve come a long, long way since 1925 in terms of our ability to warn for and detect these types of events,” he says.