The find offers paleontologists a rare, clear window into megafauna from the last ice age. 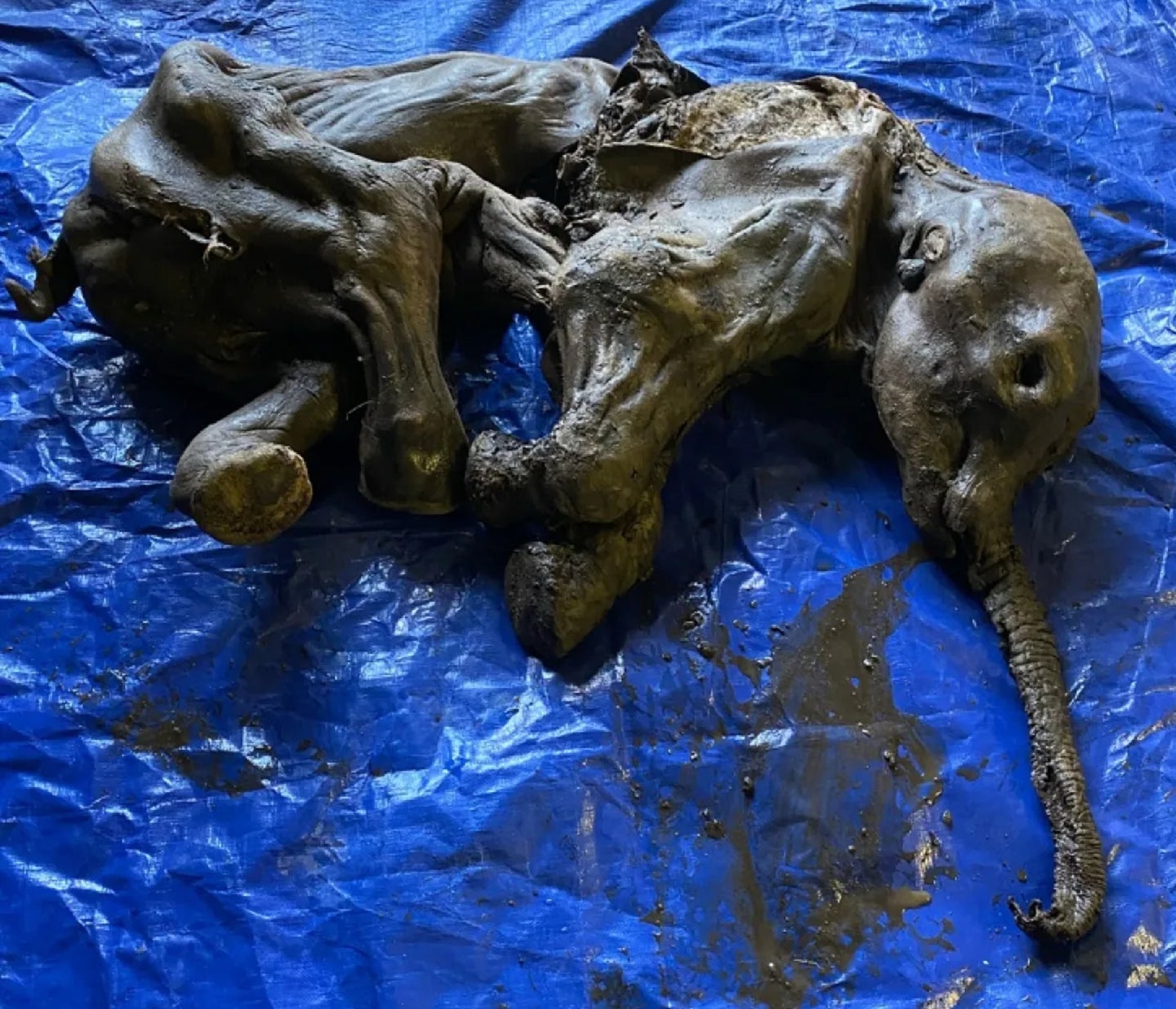 A gold miner breaking through permafrost in the Canadian Yukon uncovered an almost completely intact baby woolly mammoth. The find, officials say, is the best-preserved specimen in North America to date and only the second full calf ever found, offering paleontologists a rare glimpse into the ancient mammals.

The 55-inch calf, which Trʼondëk Hwëchʼin Elders named Nun cho ga, meaning “big baby animal,” lived approximately 30,000 years ago, and was entombed at about one month of age in the permafrost during the last ice age.

On June 21, Treadstone Mining employee Travis Mudry was cutting through a deep layer of permafrost with a tool known as a ripping attachment when he saw what he thought was the head of an ancient bison. A closer inspection revealed skin, eyes, and, most notably, a trunk.

Treadstone reached out to the Yukon government, and paleontologists from Yukon Geological Survey and University of Calgary advised the mining crew on how to preserve the find until they made it to the scene. Mudry carefully unearthed the mammoth in two sections, and the crew covered it in wet blankets and tarp. The timing was serendipitous, researchers told the CBC, as a storm came that could have washed out the find hit quickly after they arrived.

Paleontologists were stunned at the detail in the find. “The most incredible thing about Nun cho ga is the preservation … toe nails, hide intact, hair, trunk, intestines…” tweeted University of Calgary geologist Dan Shugar.

Officials and scientists will now begin the process of studying Nun cho ga as a means to not only glean a better understanding of the extinct species, but also gain a window onto other large game of its era like bison, wild horses, and cave lions. “As an ice age paleontologist, it has been one of my lifelong dreams to come face to face with a real woolly mammoth,” said Grant Zazula, a paleontologist with the Yukon Government, in a statement. “That dream came true today. Nun cho ga is beautiful and one of the most incredible mummified ice age animals ever discovered in the world.“

The team is also working closely with Yukon First Nations leaders. “This is a remarkable recovery for our First Nation, and we look forward to collaborating with the Yukon government on the next steps in the process for moving forward with these remains in a way that honors our traditions, culture, and laws,” stated Tr’ondëk Hwëch’in Chief Roberta Joseph.

[Related: This startup wants to bring mammoths back to the Arctic]

The only other known near-complete woolly mammoth calf was uncovered in Siberia in 2007. Another partial infant found in North America dates back to an Alaskan gold mine in 1948.

Correction 7/28/22: A previous version of this story mis-identified Dan Shugar as a paleontologist; he’s a geologist.