Green Until The Very End

An assortment of green burial options, from high-concept to just-plain-gross, are becoming a reality for the environmentally conscious 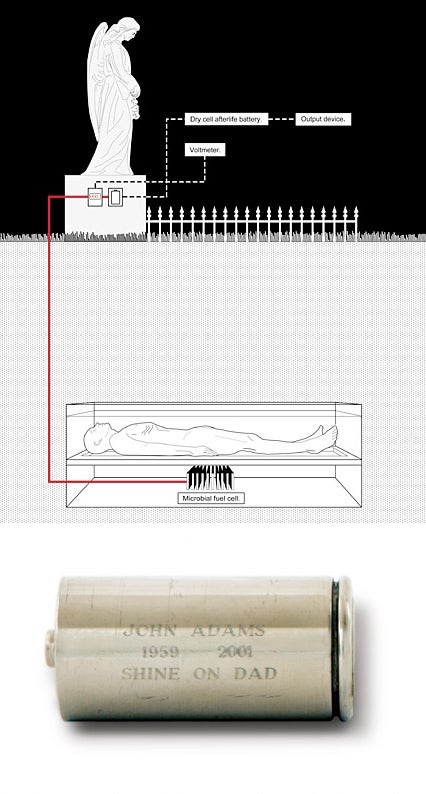 Worried that embalming fluids or emissions from cremation will pollute the earth after your death? There may be a more eco-friendly albeit somewhat grisly alternative—dissolving the body in lye. The process, which has been used to dispose of animals and lab specimens for many years, is now being considered more seriously for human use. Called alkaline hydrolysis, the method uses a steel cylinder that dissolves the body in lye with 300-degree heat and 60 pounds of pressure per square inch. The result is a sterile, coffee-colored liquid with the consistency of motor oil that can be safely poured down the drain. A small amount of bone residue that can be scattered like cementation ashes is the only solid byproduct.

The idea of being reduced to liquid does seem a bit disturbing to many—as far as BioSafe Engineering, an Indiana company that manufactures the steel cylinders knows, no funeral homes anywhere in world currently offer the service. In fact, a bill in New York to legalize alkaline hydrolysis became dubbed as the “Hannibal Lecter Bill.” But one funeral director is hoping to bring this new method of “mortuary science” to the public. Chad Corbin, a funeral director in New Hampshire plans to operate the $300,000 cylinder and is working on a getting the necessary requirements—he plans to charge the same rate as cremation.

At least one lawmaker may consider alkaline hydrosis as the way to go—81 year old State Rep. Barbara French told the AP, “It doesn’t bother me any more than being burned up. Cremation, you’re burned up. I’ve thought about it, but I’m dead.

Alkaline hydrolysis is by no means the only option for keeping one’s burial an all-green affair.
As part of their “AfterLife Project” (part of the MoMA’s fantastic Design and the Elastic Mind exhibit in New York City), James Auger and Jimmy Loizeau of the Royal College of Art designed a microbial fuel cell that uses gastric juices from a decomposing body. The electricity generated from decomposition can be stored in rechargeable batteries, which can then be used to power a “memorial” electric device imbued with the energy of a passed loved one—anything from flashlights to vibrators. The designers say their idea is a “technologically mediated service providing an expression of life after death for those who are spiritually disconnected or demand tangible evidence.” 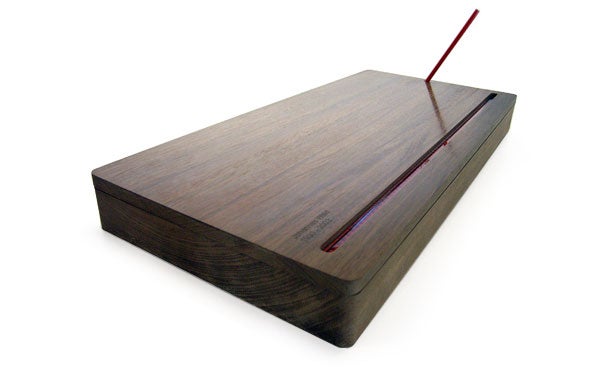 If recharging batteries with your decomposing carcass isn’t your thing, another conceptual project proposes a new way to convert cremation ashes into graphite—enough for a lifetime supply of pencils. Nadine Jarvis, a researcher at Goldsmiths—University of London, designed a project called “Carbon Copies,” an unopenable box filled with pencils. The carbon from an average human body’s ashes can be fashioned into enough graphite for about 240 pencils, and the box also serves as a sharpener, filling the empty space created by used pencils inside a single self-contained package.

Leaving the realm of the design concept, there are several less drastic ways to keep burials green that are much more practical. While several options reek of the often-profiteering funeral industry, reasonably priced biodegradable coffins, caskets and urns are becoming fairly common. So whether it’s far-out, practical or just plain gross, an environmentally friendly burial is quickly becoming a realistic choice.