A tank welded from junkyard parts -- that shoots hot dogs 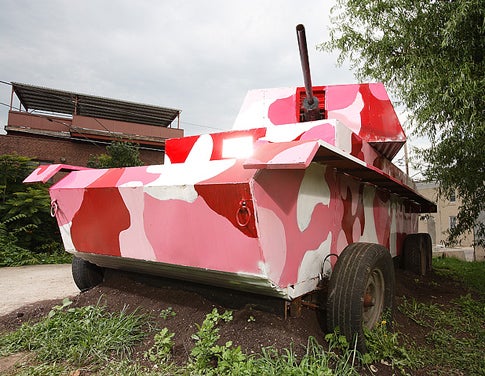 If you want to crash a local parade of human-powered vehicles and soak unsuspecting onlookers in water or vaporized hot dogs, a pink camouflage tank is a pretty good craft to do it in. At least that’s what 30-year-old Philadelphia gearhead Vin Marshall thought when he persuaded nine of his friends to build the 2,000-pound replica, complete with a functioning pneumatic cannon.

The trick was moving the tank using muscle alone. Computer models showed that it could fit hardware for six pedalers and yield about 1.5 horsepower. That’s not enough to move tank treads, so the team used wheels instead. Then they gave it bicycle-like gearing to get more power from less exertion. A salvaged rear differential (which allows wheels to spin independently) from an old truck axle made turning more efficient.

On parade day, it was no sweat to cruise 15 mph with a full load—just fast enough to escape the spectators Marshall was drenching with the cannon.

Suspension and steering
The group cobbled together a steering system from an old Geo Metro and a Ford 150 pickup. But they built the frame and axles from scratch, to make sure those wouldn’t buckle under the tank’s enormous weight.

Power
Six old 10-speeds provided the pedals, cranks and bottom brackets. The group replaced the bicycles’ regular chainwheels with industrial-grade chains and sprockets to handle the increased load on the transmission.

See It In Action 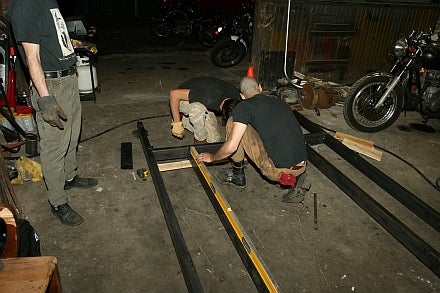 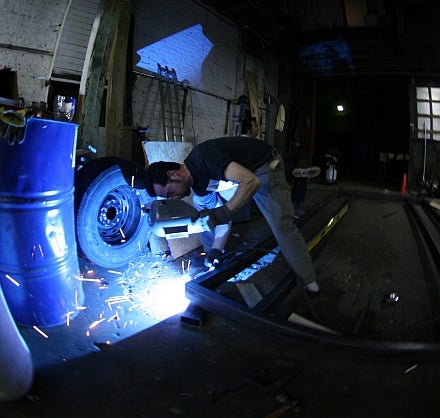 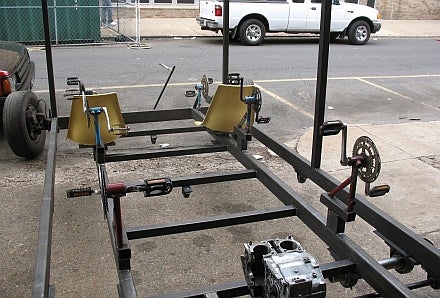 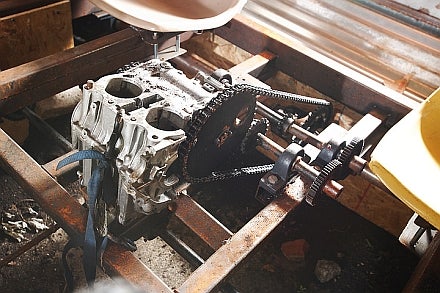 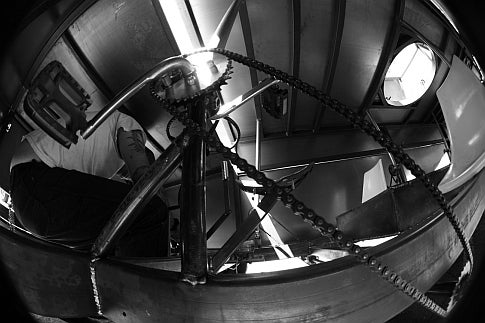 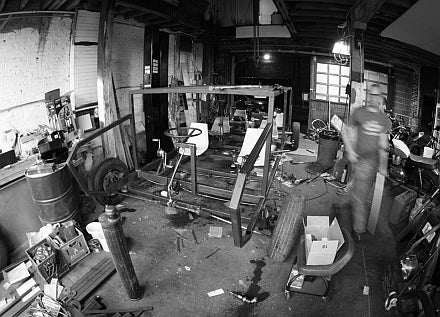 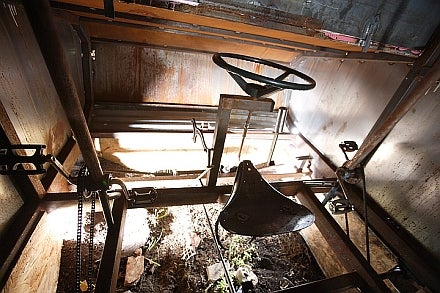 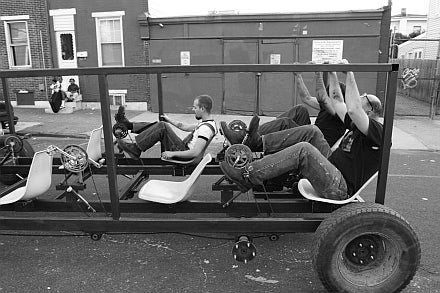 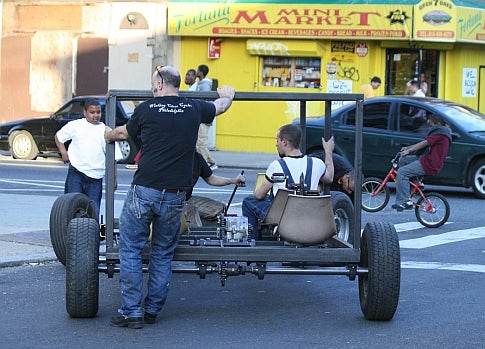 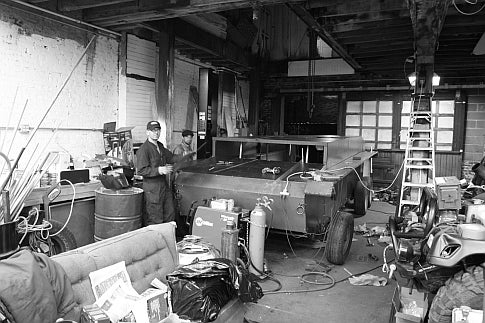 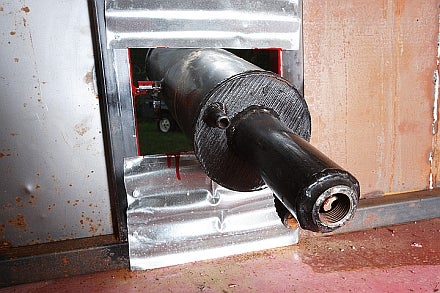 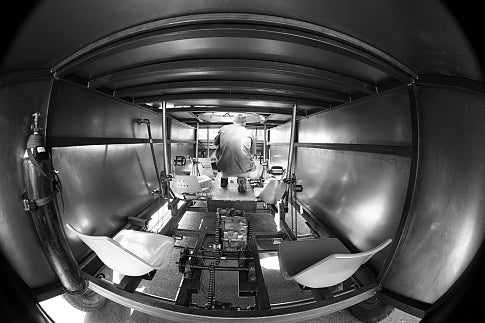 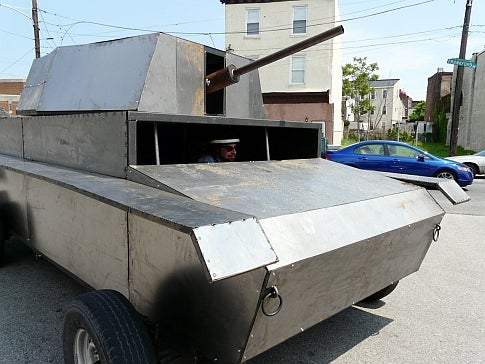 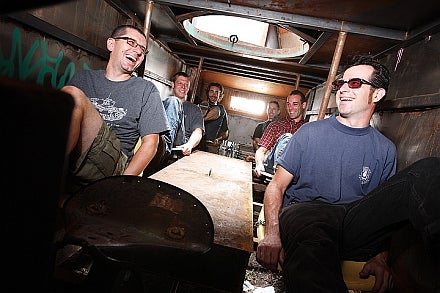 Pastel Assault: The steel cannon uses compressed nitrogen to fire water — or anything else