We must be missing some information 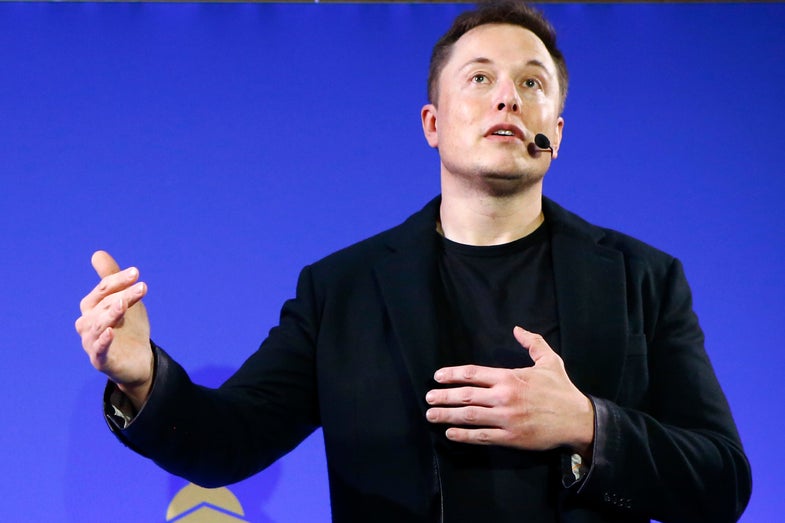 It’s been a few days since the big Musk-vs-Angry-Tesla-Customer flap livened up our Twitter feeds, and having spent that time mulling the brouhaha and reading—and rereading—the two Medium posts from venture capitalist Stewart Alsop about how Elon Musk personally canceled his Model X order over a bit of online snark, I have just one question: Is there something I’m missing?

Because that’s the only possible explanation for what happened. There must be a more complete version of the story somewhere, and a lot of details we don’t have, because that sort of proactive, hyper-aggressive move from a high-profile, persistently-under-fire-himself corporate CEO could not possibly have come from a simple blog post. It just doesn’t add up.

Alsop’s original post, titled “Dear @ElonMusk: You should be ashamed of yourself” and posted on Medium back on September 15, was a fairly benign rant about the Model X launch event.

Alsop complained that it started two hours late, was packed with 3,000 attendees, didn’t have food, and kicked off with a super-lame slideshow about safety. Then he was handed a badge stating that his number for a quick turn behind the wheel was—get this—1,344. That clearly signaled that the event was going to head into the wee hours, so Alsop gave up and left. His subsequent blog post wondered out-loud what, precisely, he should infer from this event, in terms of Tesla’s managerial prowess or customer relations.

Those are good questions, frankly. I wasn’t at that event, but I’ve been to plenty of similar media events in the automotive realm. Generally, they start close to on time, there may or may not be food, and there are always dreary slideshows meant to set up the big reveal. It’s no big deal if it’s delayed, but it can be terrifically annoying if there’s too much standing around.

There are many different ways to view this thing. You could argue that Silicon Valley media events—Tesla’s in particular—are basically glamorous parties where a degree of tardiness and “anticipation-building” is expected, and that Alsop simply wasn’t down with that whole high-energy mojo.

Or perhaps he was feeling a bit entitled as a Silicon Valley insider—in a room full of them, of course. Maybe he simply had different expectations for the event, or he didn’t read the fine print about how it would all go down. He wanted to show up, see the car, and then cruise—not party with the Muskovites until the wee hours.

That’s cool. I get it. I would have left the second they handed me that badge, too. I also don’t fault him for venting about it. He’s a customer who wanted to see the car, and he didn’t get to after investing considerable time and effort to show up. Fair enough.

But something must have happened in October, November, December, or January for this saga to end up so definitively where it did.

Was Alsop persistently haranguing Tesla about the event or his vehicle order? Was he slagging the company to his Silicon Valley pals and Musk just got sick of it? Was there some other brand of rich-person crankiness happening that pushed Tesla’s rich-person handlers over the edge?

If any of that rings true within Tesla, then that’s their business, between Tesla and Alsop. But if this did truly result from a single blog post that sparked Musk’s ire, that’s a different story altogether. There’s no marketing or customer-relations consultant on Earth who could seriously defend it.

Musk should have said, “You’re right, our bad—come on down and drive the car!” Problem. Solved.