How to share a bed with a restless sleeper

Sharing a bed with a restless sleeper can be exhausting for everyone. 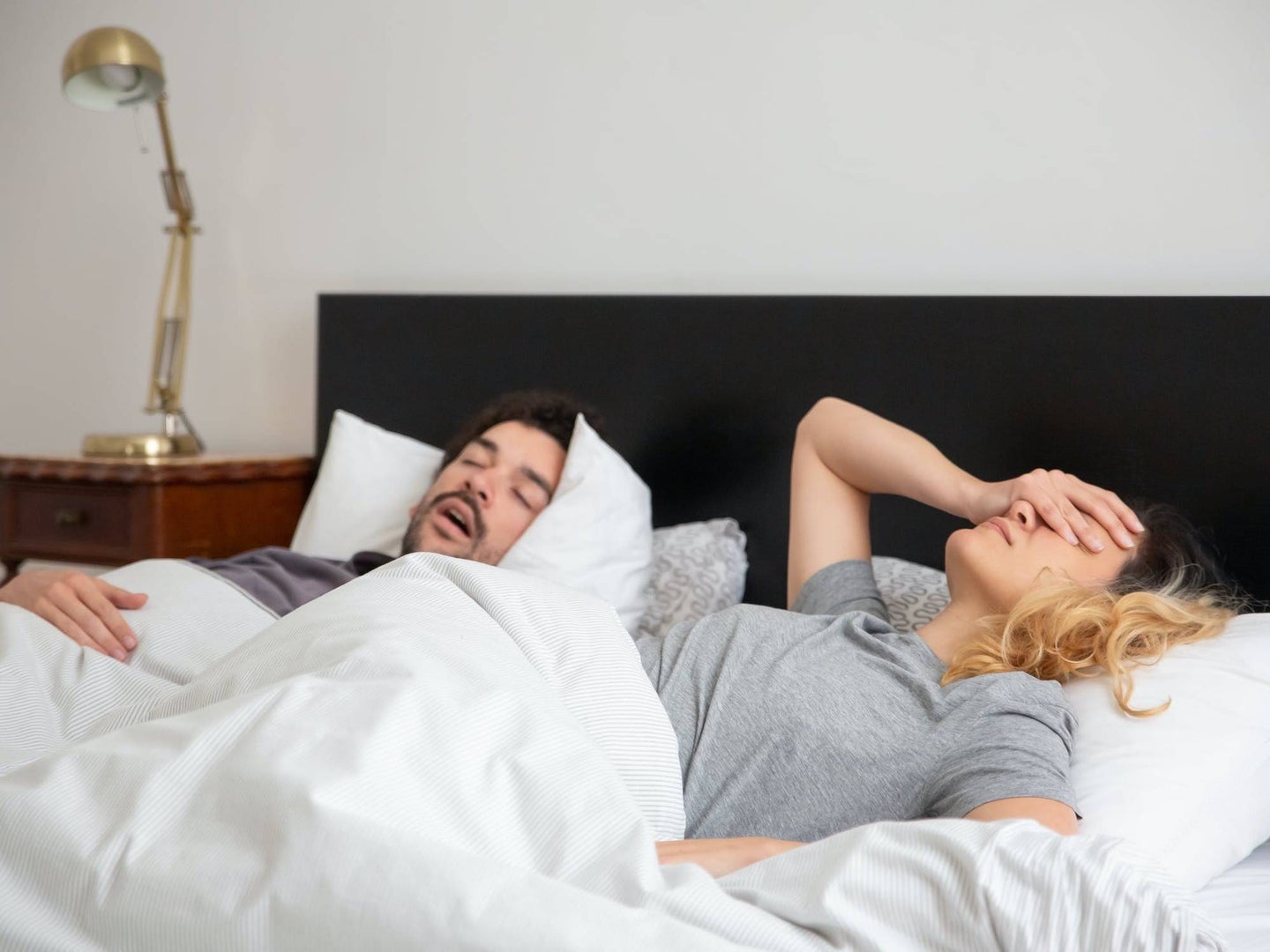 You might be suffering, while your partner doesn't even know they're keeping you up. Kampus Production / Pexels
SHARE

When my partner and I moved in together I noticed something odd: when we went to sleep at night, the bed started shaking. I reached across the queen-size bed to ask my boyfriend if he felt it too. He didn’t.

One night we unintentionally shifted our sleeping positions, dozing off on opposite sides of the bed. That’s when I felt the kick. Not once, but multiple times. The next night, I watched as my partner fell asleep. His feet started shaking, but then the shaking turned into jerking, and the jerking turned into kicking.

Sharing a bed with a restless sleeper can be an exhausting experience. The common result is sleep deprivation for all parties involved, and oftentimes people see sleeping in separate beds as the only solution—even if they don’t want to.

Luckily, there are ways to lessen the disruption and help both of you get a good night’s sleep.

Restless sleep is an umbrella term for a varied range of behaviors people experience while sleeping, and that prevent them from getting proper rest at night. They can go from tossing and turning to teeth grinding and even talking in their sleep.

My boyfriend’s kicking falls under the category of restless leg syndrome or RLS, which is an uncontrollable urge to move the legs.

[Related: The wrong kind of sleep could keep you dwelling on bad memories]

“People with RLS will often experience an itching or burning sensation which is relieved by movement,” said Alex Dimitriu, founder of Menlo Park Psychiatry and Sleep Medicine in California. “These symptoms occur in both legs, and often get worse in the evening, closer to bedtime, and can keep people awake.”

The hallmarks are pretty visible: kicking, jerking, twitching, and frequently moving legs. RLS patients feel exhausted when they wake up, even after sleeping for a full 8 hours. And they’re not the only ones—their partners are usually exhausted, as well.

The cause behind RLS and other kinds of restlessness during sleep is still somewhat of a mystery. But researchers believe it could be related to low levels of dopamine and iron; abnormalities in the central nervous system; secondary effects of psychiatric medicines such as antidepressants; and use of nicotine, caffeine, and alcohol. It can also be a side effect of other conditions, like diabetes, Parkinson’s, and even pregnancy, and worsened by prolonged periods of inactivity.

If RLS or another restless sleep disorder is a problem for you, speak up. If you don’t, you’ll be suffering in silence.

“A lot of times the patient is asleep and does not know that they are having constant leg movements,” said Aarthi Ram, a neurologist specializing in sleep medicine at Houston Methodist Hospital.

Don’t bother waking up your partner

Here’s the thing: if your partner is a restless sleeper, they’re likely awake anyway. And if they have somehow fallen asleep, waking them up won’t make much of a difference. RLS is not positionally dependent, says Ram, so waking them up and asking them to turn over won’t calm their legs down.

[Related: Lack of sleep looks the same as severe anxiety in the brain]

Would it hurt to wake up a partner with these conditions? No, Dimitriu says. But it still won’t make much of a difference in their movements.

There are a few quick fixes that can help relieve your partner’s urge to move at night. Bringing these up as something you can do together will help them feel supported and prevent them from experiencing guilt over their sleep issues.

Nix the caffeine, nicotine, and alcohol for two or three hours before bed. Establishing a regular bedtime and a regular time to wake up in the morning is a simple intervention that will help condition the body to fall asleep easily, Dimitriu says.

Exercise is also a great idea. I’ve noticed that if we walk our dogs around the block before we go to sleep, my boyfriend’s legs twitch less. Dimitriu agrees, noting that regular exercise during the day helps diminish the movement at night.

The type of bed you have can make a big difference.

“A mattress that better isolates movement, such as a memory foam mattress, may make it easier to tolerate the movements of a bed partner,” Dimitriu says.

Opt for something solid and sturdy both for the frame and the mattress. For me, it made the difference between feeling all the movement, to feeling none of it.

Ram says pillows can be a great tool, too. Use a body pillow to put some space between you and your partner, and also have them put a pillow between their legs to minimize movements. Getting separate blankets can also help prevent the relentless kicking from uncovering one of you in the middle of the night. She also says some of her patients have benefited from weighted blankets, as they diminish their symptoms by providing a counterstimulation.

In our experience, sizing up the bed was also a great idea. It gave us space to move around and not get in each other’s way.

If all else fails, have your partner consult with a sleep specialist.

“Most people don’t even know RLS is a treatable condition and will often just assume their bed partner is squirmy and restless while they are falling asleep,” Dimitriu says.

A full workup may unearth an explanation or some other condition that could be causing their RLS, most of which can be treated with medication.

Jennifer Billock is an award-winning writer, bestselling author, editor, and writing coach. She is currently dreaming of an around-the-world trip with her Boston terrier. Check out her website at jenniferbillock.com. Contact the author here.