How to brew beer at home in a week

From growing your own yeast to fermenting and carbonating your alcohol, you can get the process down to a science. 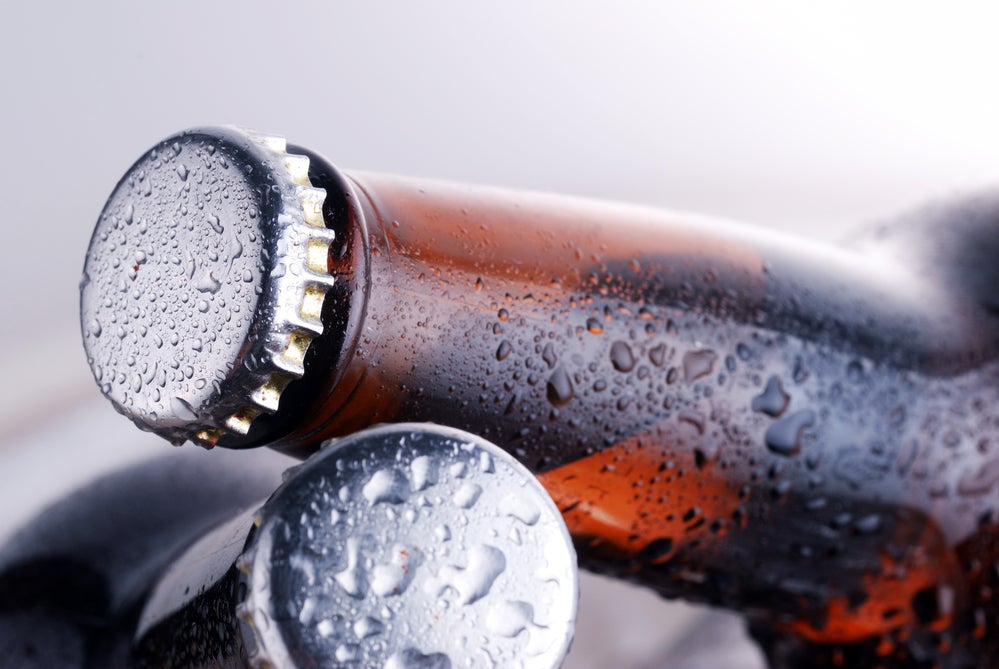 Bottle your own brew at home with this TK-step chemistry process. Taden1/
SHARE

In these times of social distancing, we’re all looking for ways to fill up our calendars. Making delicious beer is one option—and it doesn’t even have to take weeks, months, or days. We poked around the PopSci archives to share this old “BeerSci” column from October 2012. It boils down the process and schedule of homebrewing, while giving you room to experiment with your own fixings. Just watch out for those yeast farts.

A couple of days ago, one of the PopSci editors asked me if it was possible to brew a beer in time for Election Day. That’s related to one of the most-often encountered questions I get about homebrewing: How long does it take to make beer? My standard answer is “approximately six weeks,” because here at BeerSci we tend to brew styles that benefit from that schedule, and we have a limited amount of space for non-essential equipment such as giant cylinders of CO2.

But it is entirely possible to brew a beer in seven days, provided you know what the hell you’re doing and have the necessary equipment, or have a WilliamsWarn Personal Brewery. (If you want to buy one, go here.)

Most of my knowledge on this subject comes from articles in Zymurgy and Brew Your Own, because BeerSci headquarters is an apartment in Brooklyn, NY, and whatever space we have is dedicated to fermenting multiple beers at once rather than kegging. (As an aside, Zymurgy and Brew Your Own are great resources for homebrewers and if you don’t have subscriptions, you might want to consider it.) The November/December 2011 issue of Zymurgy has an entire feature article on seven-day brewing.

For those unfamiliar with brewing, the process can be broken down into a few basic steps:

The BeerSci typical brewing schedule is:

Under the right conditions, fermentation can take as little as four days, and not all beers require resting in a secondary, so carbonation through bottle conditioning is the limiting step in the BeerSci process. If you force-carbonate the beer (like how they carbonate soft drinks), you can cut that down the carbonation step to a day or less.

The main issues a brewer must consider when making a seven-day beer is to choose a forgiving beer style —something with a big flavor so it’ll mask any off-flavors the yeast naturally produce during the major fermentation step—and a yeast strain that flocculates well. Flocculation means that the yeast cells clump together and fall into a sediment cake at the bottom of the brewing vessel, rather than staying suspended in your beer, making the beer hazy and the consumer more prone to the dreaded Homebrew Farts. We came up with an all-American pale ale for election night, but stouts, porters and milds will all fit the bill. Most of the recipes I’ve seen also have modest original gravities, and that makes sense: no point giving the yeast so much sugar that they can’t ferment it all in four days. Stressed yeast means crappy beer.

Speaking of stressed yeast—when you’re looking for a quick fermentation, it’s best if you start with a lot of yeast. In normal fermentation schedules, the yeast multiples to optimal levels by itself. But you want this to go fast with as little chance of stressing the poor cells out, so pitch extra. A double dose—two smack-packs of yeast instead of one, for example—for a low-gravity beer should be OK. Alternatively, you could either harvest a goodly amount of slurry from a previous batch or make a 1.5 to 2L starter from one pack.

So, what does a brewing schedule look like for one of these beers?

Day 6: Crash-cool the beer (e.g. put it in a bathtub full of salty icewater or put it in the fridge) to flocculate as much yeast and precipitate as much protein as possible. Rack the beer into a new vessel.

Day 7: Rack the beer into a keg (you will have gotten a lot more yeast flocculating overnight), then force-carbonate it. Force-carbonating just means that you force carbon dioxide into the headspace in the keg, where it eventually dissolves into the beer. The carbonation can take as little as a couple of minutes, but best to leave it a few hours. There are ways to do this, and your best bet is to look at videos online or have someone who knows better show you how to do it. You don’t want to have your Bipartisan Brew turn into a Bipartisan Bomb.

If you brew this weekend, you will be able to crash, rack, and carbonate your beer by next Sunday or Monday, and it will be ready for whatever merry hell the news will deliver on Tuesday evening.

Before you run off to start your seven-day batches, I want to throw a question from a BeerSci reader out to the assembled crowds:

“My sister is celiac and now cannot enjoy one of her favorite fall beverages: pumpkin ale. Is there a way to replicate that in a commercially bought gluten-free beer?” (Note: Telling them to homebrew is generally the most direct answer, but we’re looking for quickie stop-gaps for now.)

I told him to add pumpkin extract or pumpkin pie flavoring to a glass of beer, but I’m wondering if anyone has good ideas for incorporating actual pumpkin into this endeavor?

Also, due to the timeliness of this week’s column, I’m going to hold off on writing about the barley genome until next week. But, unlike so many unfulfilled campaign promises, this promise I will honor.