Yes, cabin fever is real—here’s how to prevent it 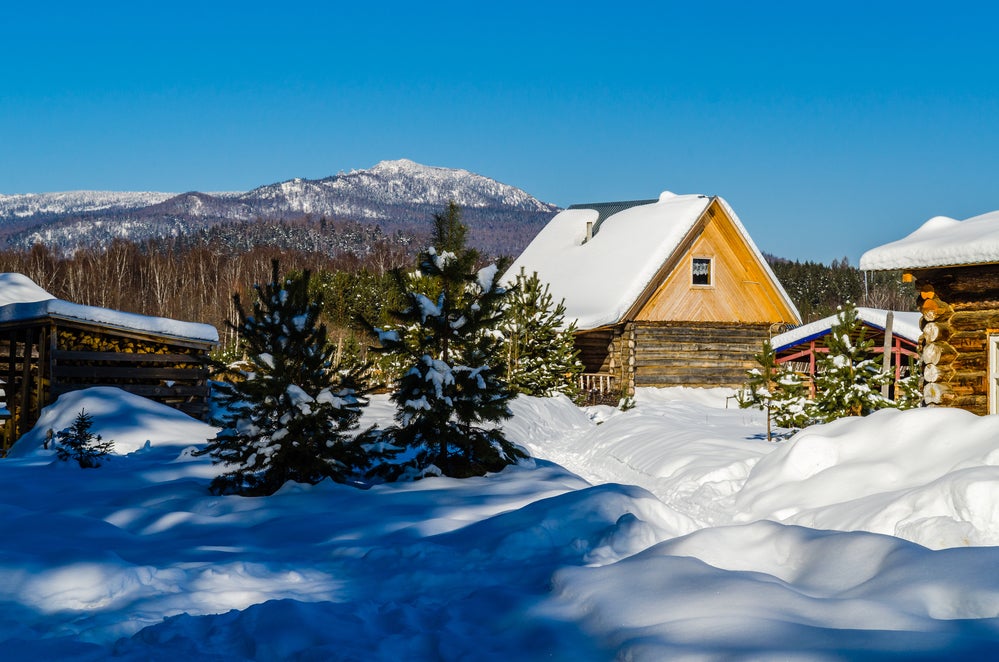 All snowed in and nowhere to go. Depositphotos
SHARE

We know winter can endanger to your physical health, but it’s bad for your mental health too. As the weather becomes more intense, we huddle indoors, reluctant to go out because of cold or snow—and thus cut off from other people.

This isolation can trigger cabin fever, an extremely unpleasant state of mind. But you can fight it off if you know what to do.

What is cabin fever?

Cabin fever is a folk term, not an official medical diagnosis. In fact, even people trained in psychological analysis have overlapping but not precise definitions of this term. Still, researchers have determined some common symptoms that tend to go along with being trapped in the house during a winter storm (or otherwise stuck indoors). These include irritability, restlessness, boredom, excessive sleepiness, and a feeling of dissatisfaction.

These feelings might sound relatively innocuous, but they can lead humans to act out in frightening ways. Polar researchers and their support staff—who often work isolated together for months—offer some examples of how cabin fever drives people to scary extremes. Over the years, various explorers and scientists have attacked each other with hammers, poisoned a colleague to death, and quit by burning a research station to the ground. On a less violent level, it’s not unheard of for scientific missions to nearly collapse over minor disputes, to the point where neutral arbitrators have to fly in.

True, you and I are unlikely to grab axes if we get snowed in for a weekend. But this still demonstrates the degree to which cabin fever can affect you.

What seems to induce cabin fever is isolation, whether a person is entirely alone or stuck with a small group of people, such as a family. It also seems to get worse when everybody marooned in the building with you has to follow a specific routine. One study subject noted that his frustration wasn’t due so much to the routine as it was to the fact that he couldn’t escape his home.

The season only exacerbates these effects. Winter is already hard on the mind, disrupting our biological clocks, as well as causing the notorious seasonal affective disorder. So many people are already in an unhappy mental state before they start staying in.

Why does isolation seem to grate our nerves to shreds? Researchers have found two culprits: lack of socialization and boredom.

Spending time with others is important for our health; even self-proclaimed introverts need a small number of awesome friends to stay happy. For example, solitary confinement is a point of ethical concern for prison doctors due to its ability to aggravate and possibly even cause mental illness.

What if you’re snowed in with a couple friends and see those familiar faces every day? This contact might not be enough: In the 1800s, pioneers on the American frontier often had their families with them, but they still developed so-called prairie madness.

We can blame our social needs on evolution. The rising scientific consensus is that our brains are wired for the kind of stimulation that being with other people gives us. This is actually an evolutionary advantage; our ability to work together and empathize with each other helps us gather resources and coordinate efforts in a way few other species do.

Beyond the social aspect, boredom is dangerous. Long periods of time with nothing to do—or when we’re following the same exact routine over and over again—will wear on the mind. This drives people to seek distraction in any way, shape, or form. Psychologists have found this state makes risky behaviors seem fun, and it can drive us to political extremes just because the brain craves something, anything to do. That’s why ennui can swing us from sleepiness to leg-jittering and back again.

Combine boredom with the absence of social stimulus, and we have a potent and nasty state of mind. That makes preparing for it particularly important.

How can you fight it?

Maybe you can’t import additional human company. In that case, the key to avoiding cabin fever is to deal with its other root cause: boredom. Staying busy, whether it’s with fun or work, and changing up your daily routine will help.

Put in a large supply of new books, board games, crafting projects, and other things to keep yourself amused and productive. Make sure you’ve got plenty of entertainments that work without electricity, to avoid problems with power outages. Speaking of which, keeping a power bank or two on hand isn’t a bad idea, either.

If you’ll be with a group, look for things you can do together; submariners face cabin fever-like conditions, but have relatively few problems because they work closely together and have strong shared bonds. Putting together a craft project may not be the same as running a nuclear reactor, but it’s the teamwork that matters.

Vary a few aspects of your daily routine, especially if you’ll stay indoors for a long period of time. Switching up the order of what you do and how you do it, like working out at different times of day or swapping around different activities, can help stave off boredom and re-engage your mind. If this a snow day turns into a snow weekend, avoid behaviors like binge watching, which can affect your sleep patterns and overall emotional well-being. Instead, watch one episode, then do something else.

That said, you need to maintain certain routines as well. For example, you should stick to your usual sleep patterns and avoid napping or staying up too late. Keeping your body on a regular schedule is already tricky when the snow flies, so setting a specific bedtime and a regular morning alarm will make it easier to fall asleep and wake up. Another way to maintain your body’s schedule is to work out regularly, because physical activity helps keep your circadian rhythms on track.

While you’re caring for your body, lay in a stock of healthy foods. and remember to eat breakfast, lunch, and dinner. Chowing down on junk food rather than regular meals can mess with your mood. Eating to amuse yourself isn’t great for either your brain or your waistline.

Finally, remember that this will end sooner or later. Even polar researchers go home eventually, and most cities manage to clear the roads within a day or so. So take heart; your cabin fever will soon break.