Quantum Physics in a Glass 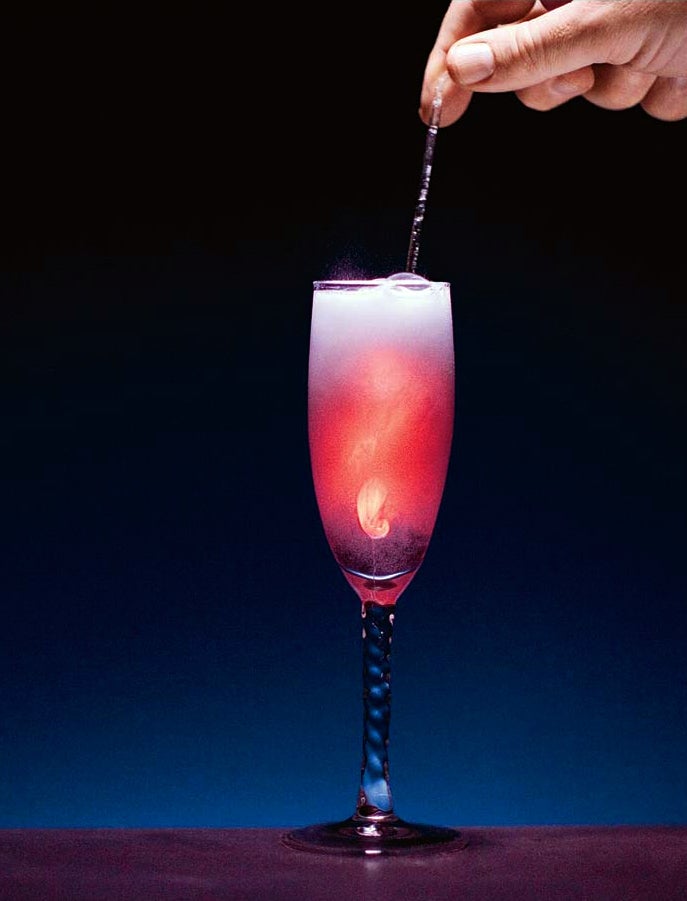 Before the discovery in the 1920s of quantum mechanics—laws that explain the way the world works on the very small scale of atoms and electrons—the fact that bleach and peroxide glow when mixed would have seemed like just another chemical reaction that gives off light, like fire or fireflies. But it’s actually a glimpse into the impossible.

Hydrogen peroxide decomposes when it meets chlorine, releasing molecules of oxygen, each of which has one electron in a high-energy state. When the electrons inevitably return to a low-energy state, the excess energy comes off as a photon of light, creating a glow. Simple—but there are two problems.

First, quantum calculations show that the energy created in this transition is only enough for a photon of infrared light, which is invisible. Second, there are three separate laws of quantum mechanics that say this particular transition (a lone oxygen molecule going from high to low energy) can’t happen anyway.

Why should we believe in the abstract, common-sense-defying math of quantum mechanics? Because two impossibles sometimes make a possible.

It turns out that since the transition is forbidden, the molecule is stuck in its “excited” state—until, that is, it eventually collides with another excited molecule, breaking one of those laws (symmetry) and allowing two electrons to return to lower-energy states simultaneously. Together they release a single photon with twice the energy: a photon of visible orange-red light. Not so impossible after all.

This phenomenon is why we shouldn’t give up hope that things everyone knows can’t happen, like exceeding the speed of light, actually can. If mixing bleach and peroxide plunges us this deep into the weird, perhaps some future golden age of physics will prove that, unnoticed today, mixing red wine with a dry martini generates just a tiny little bit of faster-than-light travel. 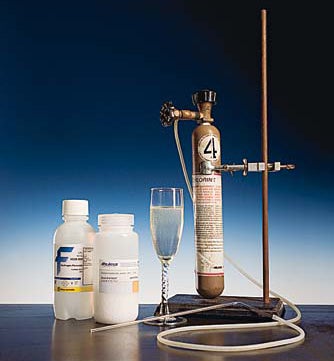 This canister of chlorine gas could be incredibly dangerous if mishandled.

To the right, the setup of the chemicals in the lab. Trying to make luminescent liquid doesn’t work well with regular bleach and peroxide. To get a bright glow, we bubbled pure chlorine gas through the glass tube into 30 percent peroxide.

ACHTUNG! Don’t try to replicate this experiment at home and do not drink any of these chemicals. Read more about Gray’s pursuits at periodictable.com.