In large quantities, pure liquid oxygen is powerful enough to launch rockets. But even a tiny bit packs a wallop too 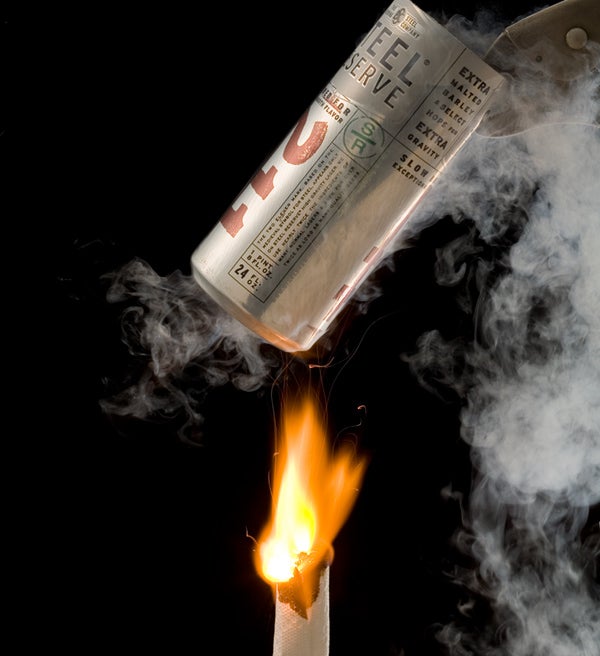 Oxygen is a good thing. Oxygen is life. But if it were much more than one fifth of our air, we’d be in serious trouble. The other four fifths is nitrogen, an almost completely inert, obstructionist gas whose main effect is to get in the way of the oxygen, especially where flame is involved. For every bit of oxygen a fire consumes, it has to heat up and push away four times as much useless nitrogen. With pure oxygen, that damper is gone, and things that merely smolder in plain air go up like dry tinder. In 1967 three Apollo 1 astronauts died in a raging fire when Velcro lit up in their pure-oxygen pressurized space capsule. 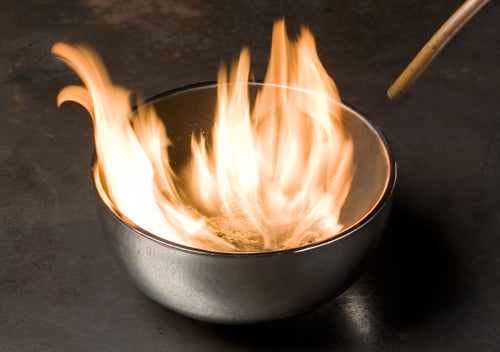 Velcro with pure oxygen flowing over it erupts in flame. Apollo 1 was full of Velcro—and full of pure oxygen. 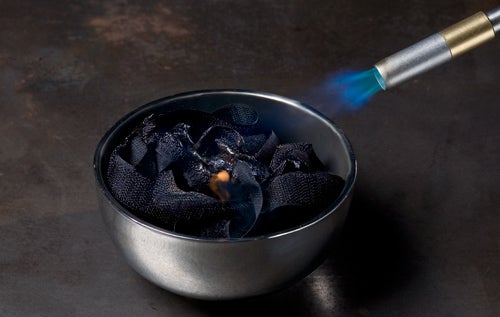 Velcro burning in air smokes and smells but doesn’t burn much, because air is only 21 percent O2.

Oxygen in gas form is used for welding and cutting: There’s no way to get a flame hot enough to melt steel using plain air. And in liquid form, oxygen is truly ferocious. For example, kerosene burning in air can power a camping lantern; kerosene burning with liquid oxygen powered the Saturn V moon rocket (yes, we made it to the moon on kerosene).

It’s not enough for space travel, but it’s possible to make small, controllable amounts of liquid oxygen using much more readily available liquid nitrogen. When a very thin aluminum container such as a beverage can is filled with boiling liquid nitrogen, dewdrops form on the outside and drip off the bottom. This is pure oxygen condensing out of the air (because the boiling point of oxygen is higher than that of nitrogen), just as water vapor condenses on a cold windowpane.

How can you be sure that the drops are oxygen and not just water? For one thing, if they were water they would freeze on the can. But the real test is to let the droplets fall onto some smoldering wood or paper. Believe me, there is no mistaking the effect of liquid oxygen on a fire.

Achtung!
Do not attempt this unless you are trained in the safe handling of liquefied gases, because they are dangerous and unpredictable. Larger quantities of liquid oxygen should be avoided.

Like what you see? For more Gray Matter, subscribe to our Gray-Matter-only RSS feed here. And for Theodore Gray’s one-of-a-kind periodic table poster, head to periodictable.com/posters