Budgeting is tedious. These tricks make it easier.

Clever ways to take control of your spending. 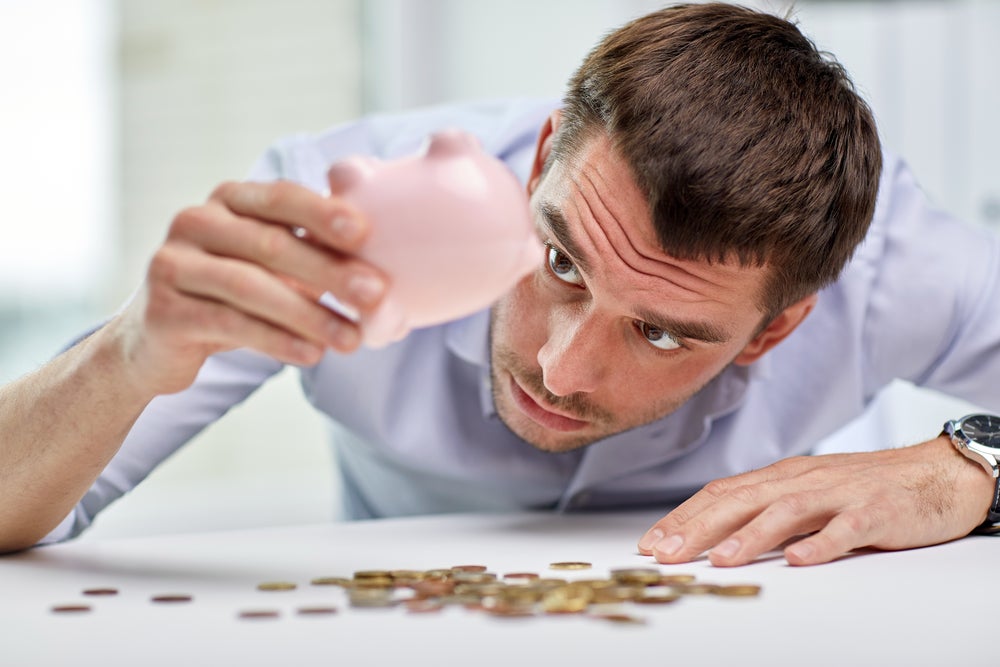 Sticking to a budget is hard…because it’s just so boring. Who has the motivation to painstakingly enter every purchase into a spreadsheet when you could be doing literally anything else? Instead of relying on your own willpower to curb your spending, we collected a few offbeat tricks to keep you on track.

First of all, many of us approach budgeting with the wrong attitude. “Most of the time, we don’t have a goal in mind,” says journalist Kristin Wong, author of Get Money: Live the Life You Want, Not Just the Life You Can Afford. “People come up with a budget and then say, ‘I’m done, that’s taken care of.’ But they don’t realize that budgeting is an ongoing process.” According to Wong, you should make a habit of regularly revisiting your budget. Don’t treat it as something you can work on once and then ignore for months.

This sustained effort can wear you down. So before you come up with your budget, think about why you’re doing it. “Say your friends want to go out to a fancy restaurant, and you’re trying to cut back on restaurant spending,” says Wong. “You’re probably going to give in if your only reason is ‘I want to be a responsible adult.’ But if you come up with a specific and meaningful goal, like ‘I’m trying to save $1,000 for a trip to New York,’ then you’re more likely to say no to things.” You provide that motivation by focusing on what you’re saying yes to.

But in the age of monthly subscriptions, Amazon, UberEATS, and Apple Pay, it’s easier than ever to tap a button and exceed your spending goals without ever “seeing” the money go away. Here are a few tricks for more mindful budgeting.

Force yourself to wait

One way to stay true to your budget: Avoid impulse buys. It’s so easy to grab something off the shelf, say “This looks neat,” and buy it without another thought. That’s why Wong came up with what she calls the “10/10 rule”.

“Whenever I’m contemplating a purchase,” she says, “I spend 10 minutes thinking about it.” That’s the first roadblock—you have to actually consider why you want this thing. Then there’s a second review. “If I spend more than 10 minutes thinking about it, I look at the price,” Wong says. “If it’s $10 or less, I just buy it. If it’s more, it automatically goes back.” More often than not, she says, she ends up avoiding the purchase, because she doesn’t want to waste that 10-minute thinking period—and she knows that if she has to invoke the rule, it’s probably an unnecessary impulse purchase anyway. On the occasions she does give in, she only spent $10 or less, so it isn’t a budget killer.

Online shopping, especially on sites where you’ve saved your credit card information, makes impulse purchases even more impulsive. But you can apply a method similar to the 10/10 rule by forcing yourself to pause before you click “buy.”

For example, the Chrome browser extension Amazon Contemplate forces you to wait 30 seconds before checking out, which gives you time to wonder if you really need that item. Half a minute doesn’t seem very long, but on the internet, it’s like going back to using dial-up—you might be surprised how quickly you move on to doing something else.

As another delaying tactic, you can always unlink your credit cards from all those online shopping sites. If you have to type in your card numbers every time you shop, you build that thinking time into the process.

In addition, Wong suggests writing your spending goal on a piece of paper and taping it to your laptop, or writing it on your physical credit card. That way, the number confronts you, making you hesitate before confirming a purchase. Just be sure to change the color of the sticky note once a week or so, so it doesn’t start blending into the scenery.

One of the most important goals of your budget should be saving some of your income—and it doesn’t really matter how you get there. One friend of a PopSci editor says that whenever she receives a $5 bill, she puts it in her savings instead of spending it. Sure, that’s arbitrary and a little silly, but as long as it increases the money in that account, it works.

Wong does something similar with an online bank called Qapital, which has a smartphone app that helps you save for your goals.

“When I successfully fight an impulse purchase, I save that money in Qapital,” she says. “So, when my husband and I go out to dinner and say ‘We’re going to be good and not get a drink’—which here in LA can save you $30—we’ll actually save that $30 in our Qapital account, and use it for travel or whatever.” In effect, this turns saving into a game, which makes it more enticing.

Qapital also contains lots of automation features. For example, you can set it to save a certain amount whenever you spend money at a specific establishment.

“I want to punish myself if I go to eat at Jack in the Box,” Wong says, “so I have it save $20. Now that $10 Jack in the Box meal, which I only eat because it’s convenient, costs me $30.” With this method, you either end up avoiding the purchase entirely (which saves you money), or giving in (which also saves money)—it’s a win-win.

Just don’t go too overboard with the automation, Wong says. It can backfire, because it allows you to spend without really paying attention. Take an app like Mint, which can automatically categorize all your spending. Even if you’re tempted to let the program chug along in the background while you think of other things, you still need to check in regularly to see if you’re on track. Otherwise, that budget won’t do you any good.

If you still can’t get your spending under control, you might have to take a slightly more extreme tack and cut yourself off after spending a certain amount.

Financial guru Dave Ramsey developed what he calls the Envelope System to do just that. Instead of using a spreadsheet or app to track your spending, you take out physical cash and put it into envelopes: say $500 for groceries, $100 for clothes shopping, and so on, adjusting the amounts to fit your individual budget. When an envelope runs out of cash, you’re done—you can’t spend any more in that category until next month.

“This forces you to be more mindful with your money because it ticks that pain point of having to fork over the cash,” says Wong. “I’ve tried all the tricks in the book, and if your spending has really gotten out of control, nothing works as well as just using cash.”

Of course, cash-only becomes difficult in the face of online shopping, but you can do something similar with reloadable prepaid debit cards. Just grab a card for each of your hard-to-budget spending categories, load them up with the amount you want to spend, and shop with those cards only. Once you empty that card’s balance, you’re done until you reload it at the end of the month. More modern services like Akimbo can take care of card-loading with the help of a smartphone app that tracks your spending.

Just remember that prepaid debit cards often come with fees. Still, if they keep you from overspending, that small price may still be worth it in the long run.

These tricks don’t just apply to fun activities like shopping or eating in restaurants. You need to look at your budget and note where you’re most likely to overspend. The results may surprise you.

One recent study found that we often impulsively spend on utilitarian products in an effort to feel a sense of control. Since there’s less guilt associated with household items (they’re easier for us to classify as “needs” rather than “wants”), it’s easier to overspend on them. But it’s important to watch all spending categories, including necessities, closely. After all, you need food to live, but that doesn’t mean you should blow your budget on fancy groceries instead of more moderately-priced staples.

Too strict to fail

Lastly, don’t be too hard on yourself. Instead, make a little room for failure.

“Give yourself an impulse budget,” Wong suggests. “We all give in every now and then—our willpower can only take us so far—but if you give yourself a limit every month, you know you only have so much to splurge.” And if you let yourself indulge a little bit, you’re less likely to go all-out and destroy your budget completely.