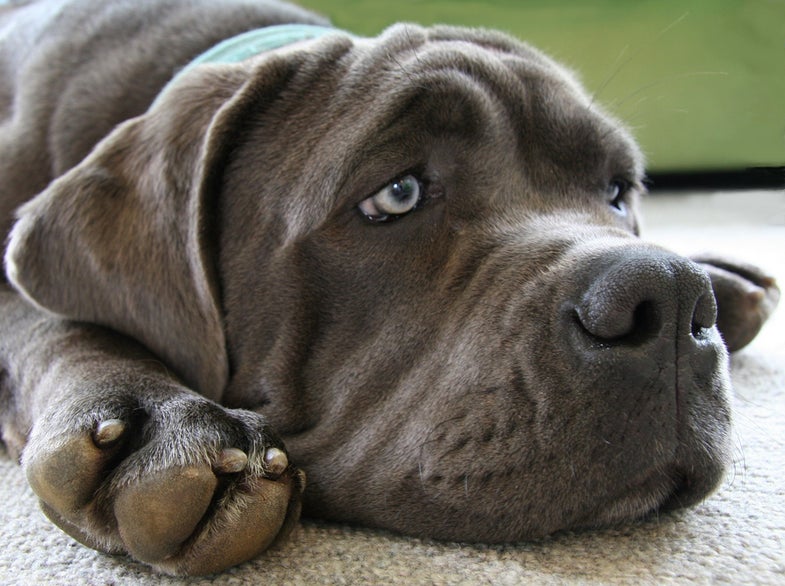 The Hugo Awards are one of the most prestigious prizes in science fiction and fantasy literature. They are career-defining honors for those authors skilled and lucky enough to win one, and a lifetime goal for the rest. But this week, for the first time in the 62-year history of the awards, two nominees have withdrawn their work from consideration in response to a controversy that has embroiled the entire industry. Fans are calling the controversy “Puppygate,” and despite the silly name, it has the potential to tear the foundations of science fiction fandom apart.

The ripples of the controversy spread far beyond the World Science Fiction Convention, or Worldcon, whose members award the Hugo every year. Worldcon was the very first science fiction convention, the granddaddy of better-known, modern-day megashows like San Diego Comic Con. Unlike those shows it is a sedate, un-glamorous event, with nary a Hollywood celeb to be seen. In the greater science fiction community, fans describing Worldcon tend to use terms like “venerable” and “old-fashioned,” at least when being polite.

Staid though their reputation may be, organized science fiction fans of the Worldcon stripe are notoriously prickly and anti-authoritarian. Some refer to themselves as “trufans” as opposed to the world at large, deemed the “mundanes.” In this contrarian spirit, the Hugos have never been especially politically conservative. The awards have been given to an increasingly diverse variety of ambitious works, a trend that reached its peak in 2014, when for the first time the majority of the Hugo-winning works were not by white men, but rather by women or ethnic minorities, a diversity reflected in the nontraditional structure and content of their work. Some people had a problem with that. Enter the Puppies.

Ostensibly, the Sad Puppies and an allied splinter group, the Rabid Puppies, are a collection of readers who are concerned with the future of science fiction. They long for the days of swashbuckling adventure stories featuring manly men, rocket ships, and good old-fashioned linear narratives. Founded by author and occasional Fox News talking head Larry Correia, the Puppies have spoken of their movement in the context of a “culture war.” They believe the Hugos have been unfairly dominated—and, in fact, manipulated, if not outright stolen—by a shadowy cabal of “Social Justice Warriors” (a derogatory term the Puppies and other social conservatives use to denote social progressives).

The Puppies have responded to this perceived (though unsubstantiated) threat by stuffing the ballot box. The Hugos are a close race, often decided by a very small number of votes. Since it only costs $40 to register for Worldcon voting rights, the Puppies organized an Internet campaign to sweep the ticket for this year’s Hugo nominations. The campaign was a wild success. Stories, authors, and editors promoted by the Puppies dominated this year’s nominations, thanks to voters mostly foreign to the Worldcon community, an invasion of virtual carpetbaggers.

This orchestrated takeover of the nominations, mostly by people who never set foot in a WorldCon, has caused a serious furor in the fan establishment, many of whom feel it runs counter to the anarchic, barn-raising ethos of the fans who established WorldCon. They have dubbed it “Puppygate.”

But Puppygate isn’t only about the exploitation of a procedural loophole in Hugo voting rules. The members of the Puppies themselves are also controversial. Recent nominee John C. Wright is a long-time professional writer, but he is perhaps better known for his views on LGBT activists and allies, who he has called “disgusting, limp, soulless sacks of filth” and other, less-printable slurs (Wright has recently deleted the “sacks of filth” post from his blog, but the Internet never forgets). Big winner Vox Day is an outspoken white supremacist and campaigner against women’s education and suffrage, who is on the record as supporting the Taliban’s attempt to assassinate Nobel Peace Prize winner Malala Yousifazi, finding it “scientifically justifiable.”

The fact that the Puppies have courted assistance from the anti-feminist GamerGate movement is another strike against their claims of political neutrality. The extent of the collaboration between the two groups is difficult to quantify, but it’s clear the Puppies and GamerGaters see each other as kindred spirits. The Puppies themselves claim that they are politically and culturally diverse and not a racist or sexist movement – their ostensible concerns are that science fiction is too “literary” and “ideological” – but many fans find it difficult to reconcile these claims with the positions of the Puppies’ leading luminaries.

No nominated author has ever before withdrawn their work after accepting a spot on the Hugo ballot.

Some of the authors on the Puppy slates claim to have been entirely unaware of the political aims and positions of the movement, and were thus taken unaware by the ensuing furor. On Wednesday, first-time nominees Annie Bellet and Marko Kloos both withdrew their works from Hugo consideration. Both cited their unwillingness to be nominated for what they perceive to be political reasons instead of the merits of their work, and Kloos made a further point of specifically repudiating Vox Day’s influence. This action is entirely unprecedented – no nominated author has ever withdrawn their work after accepting a spot on the Hugo ballot.1 Further, the rules have no provision for what to do in that circumstance. As of Thursday night, Worldcon administrators had replaced Kloos’ and Bellet’s works with entries that did not make the initial ballot cutoff, an action which is sure to spawn even more controversy.

So what does this mean for the Hugos going forward? No one really knows. Many fans advocate voting “No Award” in any Puppy-dominated category, a previously established option which allows voters to nullify an award if they don’t believe works of sufficient merit were put forward. Others are calling for a scorched-earth solution, hoping to end the Hugos forever rather than having them corrupted by ideologues. Still others believe that the Hugos will be able to continue as an institution only with “campaign slate” voting. In other words, only works promoted by organized campaigns, with the weight of Puppy-style large voting blocs behind them, will win nominations. If so, works would be judged more on popularity and political clout than merit, a change that will, in the words of Game of Thrones author George R.R. Martin, “cheapen the Hugos… and [make] me sadder than all those puppies put together.”

For most of its history, science fiction fandom was sheltered from the worst aspects of the increasingly polarized political climate. Trufans, safe in their bubble, were wholly unprepared for this kind of culture war. Can traditional science fiction fandom repel the invaders and return to the benign, anarchic status quo, or will they have to adopt the tactics of their enemy in order to survive, losing a part of themselves in the process?

Either way, the winners of the 2015 Hugo Awards will be announced on August 22nd.