Could Netflix Be The Best Untapped Dating Network Online? 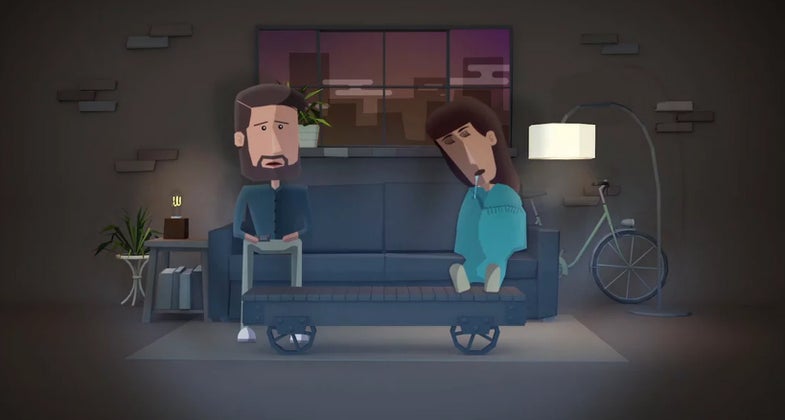 A proposed app hopes to skip the pleasantries and get to the most important online dating question: what shows do you like to stream?

The app, called “Netfling,” is so far just a concept proposed by “digitally born and raised” ad agency SuperHeroes Amsterdam, albeit one whose timing couldn’t be more perfect: the term “Netflix and chill” has rapidly become the preferred euphemism for proposing a “hook up” by young adults. (Netflix, for its part, counts streaming hours even if you’re not paying attention to the screen).

The honest truth is that streaming services and bingewatching movies and TV unites people intimately, whether they end up paying attention to what’s on or not. Netflix had more than 65 million users as of last count, 42 million in the US alone. For comparison, the much-ballyhooed dating app Tinder has an estimated 50 million users worldwide (the company hasn’t released official figures).

Combining the audiences certainly presents advantages for people looking for someone with shared interests — or at least mutual interest in Netflix and dating. And for users, Netflix is a significant factor in determining shared interests, given that the average Netflix subscriber uses the service for about two hours a day.

Netfling and its probable competitor Binger, are hoping to enter the market but await the return of an open Netflix application programming interface (API) — the system used by third-party software developers to build apps based on a company’s data — which Netflix discontinued in 2014. Would-be Netflix-based dating apps will need that in order to do with Netflix what Tinder does with Facebook. Without an open API, it’s unlikely we’ll actually see either app enter the market anytime soon.

Here’s hoping it does, even at the cost of star-crossed lovers with differing opinions on The Walking Dead.