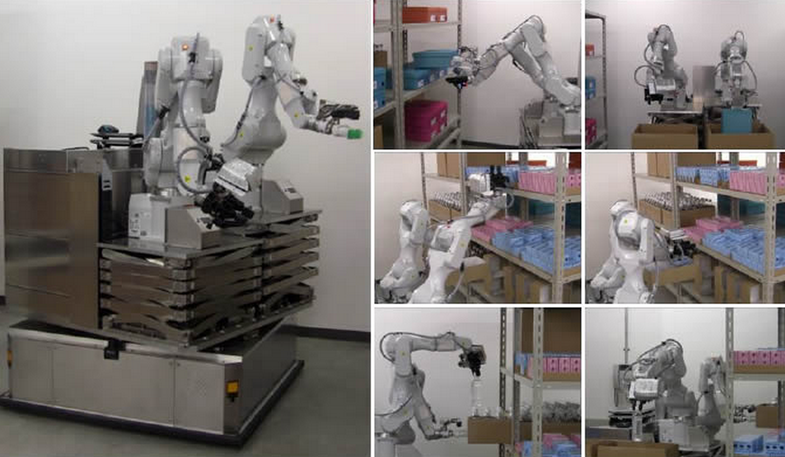 At Hitachi, the Japanese electronics manufacturer, workers have started to take orders from artificial intelligence programs meant to increase productivity in the workplace.

Hitachi has deployed the AI in an unspecified number of warehouses, where it issues work orders and instructions to employees. The computer analyzes employees’ previous approaches to problems, and if an employee uses a new way to accomplish a job more efficiently, that technique is analyzed and used later on. This idea of kaizen, or constant improvement, is an often-repeated theme in Hitachi’s announcement of the AI system.

Rather than relying on preprogrammed instructions like other warehouse software, Hitachi claims that this AI can go off-script, adapting to on-site changes, weather patterns, and shifts in demand.

The company says productivity has already increased in the warehouse environment by 8 percent, compared to one of their non-AI run warehouses, and they hope to expand “human and AI cooperation.” Last month, they also announced a warehouse robot that picks up items twice as fast as other robots. It has two arms that operate independently, and is expected to be commercially available within 5 years.

Hitachi may be the first to create robot bosses, but AI has been seen in warehouses before. Suppliers like Amazon and Diapers.com use autonomous warehouse robots outfitted with AI algorithms to deliver items to the humans packing boxes.

Facebook has also recently debuted a collaboration between humans and AI, Facebook M, but in that case the paradigm is reversed. Because the outputs can be so drastically varied, human “trainers” are tasked with guiding the AI when tasks become too complex. Hitachi hasn’t explicitly said whether there are humans reviewing the AI’s work orders, but mentions that no human intervention is needed to interpret data.

In the future, Hitachi looks to apply the software to other markets, like healthcare, finance and transport.