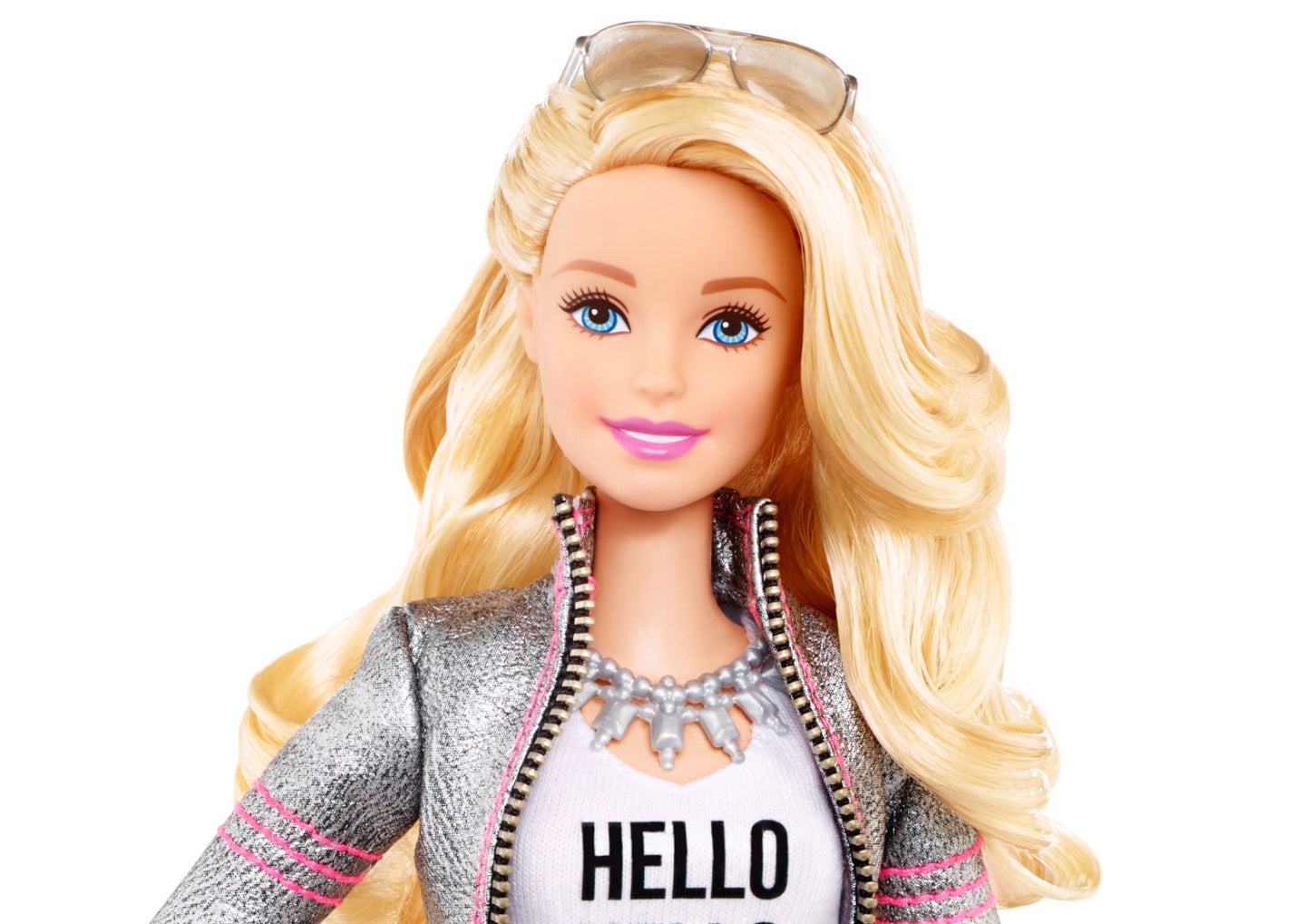 The next version of Barbie might not find math so hard, after all. This week, Mattel revealed that for the first time Barbie will be backed by artificial intelligence, a move to make the doll more lifelike.

In addition to the traditional hair products and accessories, the doll’s belt buckle doubles as a button for activating voice recognition. Through this mechanism, children can have interactive conversations with the classic toy.

Barbie, full name Barbara Millicent Roberts, knows 8,000 lines of dialogue, and can improvise with them based on the conversation she’s having with the user, according to ToyTalk CEO Oren Jacob. ToyTalk, who developed the system and will run the networks backing the AI, is a children’s game developer focused on conversation with in-game characters. Jacob says that Barbie will be able to tailor her conversations with the child and talk about their favorite things, “just like a real friend.”

When a child speaks to Barbie (and holds down her belt button), the doll records the audio and transmits it back to the ToyTalk server. According to Jacob, the server runs a decision engine that uses natural language processing to choose an appropriate response. He describes it as a map with forks in the road. Based on a number of heuristics, the AI navigates the road and arrives at a optimal response. We’ve heard the phrase “decision engine” in the mainstream before: Bing, Microsoft’s search engine, touted itself as a decision engine at its launch in 2009, with an ability to judge relevance.

The audio recordings are stored on ToyTalk servers, available to teams that work on improving the speech recognition platform and to the child’s parents. Parents can listen to, delete, or even share recordings on the site.

The doll with be available in November, just in time to chat through the holiday season.