When you burn fat, where does it actually go?

Getting rid of fat can be exhausting, but it's as natural as breathing. 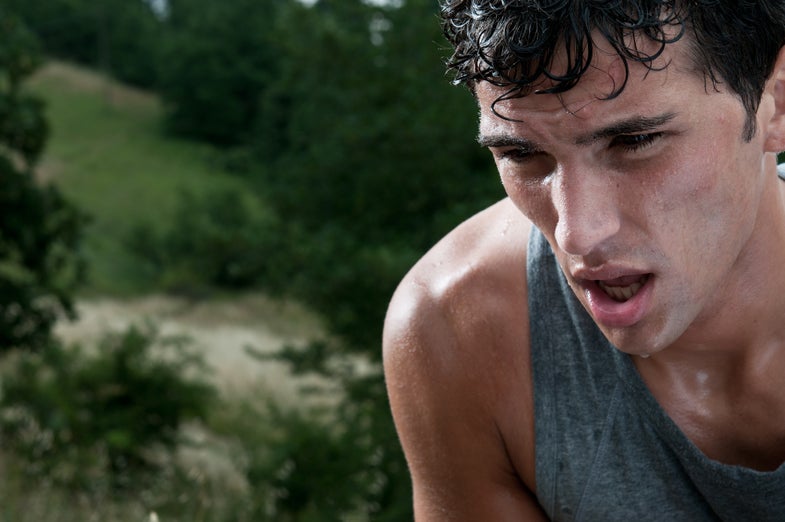 You're breathing away the byproducts of fat. ridofranz via Depositphotos
SHARE

When you dig into your meal or grab a quick bite on the way to work, the food you eat goes toward fueling your body. As your favorite (or not so favorite) foods pass through your digestive system, your body absorbs nutrients and uses them to power you through your daily routine. The remaining waste heads out through your bladder or intestines. It’s a good system.

But what happens if you get busy and skip a meal, or have to exert more energy than you devoured at your last snack session? Thanks to fat—which you’ve saved for just this occasion without even thinking about it—your body is ready. Fat acts like a battery, ready to provide energy for you when you need it the most. But what actually happens when you dip into those strategic reserves?

What is a fat cell?

Humans have two kinds of fat cells, brown fat cells and white fat cells, the latter of which are far more common. (For more information about brown fat, check out our Fat Month article about the difference between the two types of cells.)

Fat cells in humans develop primarily during childhood and puberty. After that, the number of fat cells in your body remains relatively stable. These cells make up adipose tissue, and they can send out hormones into the body to help regulate everything from metabolism to body weight.

Because we generally have a set number of these cells, gaining weight doesn’t typically involve making more. Instead, individual cells expand as the digestive system breaks down and stores food for later use, then they shrink when the body turns to the fat cell in a moment of need—whether you’re running a marathon, hiking a mountain, or wandering aimlessly around your neighborhood.

What happens when you burn fat?

So what happens during that shrinking process, when you actually lose some fat? Contrary to popular beliefs, all of the fat used by the body doesn’t get turned directly into energy, it doesn’t magically transform into muscle, and it doesn’t exit with your other solid waste.

But it has to go somewhere. That’s the beauty of the conservation of mass. Much as some people might want it to, fat can’t just disappear.

The fat inside your adipose cells is stored and then sent back out into your body as triglycerides. These go through a series of chemical reactions to convert into energy, but the process isn’t 100-percent efficient. Our bodies are good, but they’re not that good.

Along with the energy to lift your leg or hoist your bag onto your shoulder, the process of using up fat stores creates byproducts: water and carbon dioxide.

Where does it go?

Some of the water produced as the body consumes fat exits in the usual way, through your urine and sweat. But a 2014 study in the British Medical Journal found that most of the byproducts of fat (including all that carbon dioxide) leaves the body through the respiratory system.

Yep, you read that right. You breathe out the byproducts of most of the fat that you burn, the CO2 from that process mingling with the CO2 produced by your lungs as they process oxygen. It’s something to think about while you hit the gym or walk on a track: getting rid of fat can be exhausting, but it’s as natural as breathing.