Turkey poop could help save us from ourselves

Scientists say “poop from the coop” could be a renewable source of energy. 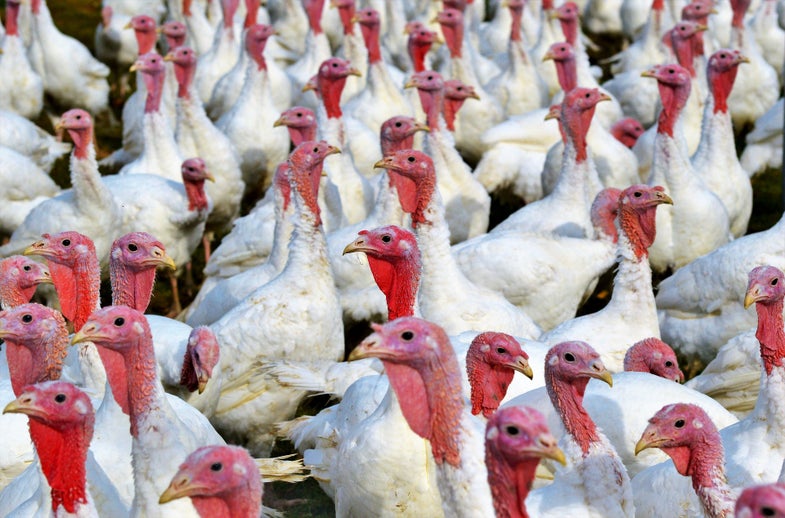 Israeli scientists have found a new use for turkey leftovers. But don’t pull those Thanksgiving scraps out of the freezer just yet, because it’s not what you think. It’s not about the meat — it’s about the poop. Researchers believe turkey and other poultry waste hold promise as a renewable fuel for heat and electricity.

“Poultry litter might be a notorious source of pollution, yet has the potential to be an important resource,” said Amit Gross, who chairs the department of environmental hydrology and microbiology at Ben Gurion University’s Zuckerberg Institute. “The Earth is literally going to be up to its ears in waste, and we’re trying to find a way to use this waste for electricity, for heat, and for cleaner air and water.”

The potential of poultry poop is large “because huge amounts of it are produced worldwide, and the production will continue to increase as the world population grows and consumes more animal protein,” he added.

The scientists believe treated poultry waste could replace as much as 10 percent of coal used in generating electricity, which would reduce carbon pollution—the prime driver of global warming — and providing a reliable source of energy. They describe their work in a paper recently published in the journal Applied Energy.

“It would be similar to how ethanol is added to gas tanks,” Gross said. “Burning a hypothetical 10 percent less coal in the real world would have a significant effect on carbon emissions, as that is a significant amount.”

Crops grown for fuel place an undue burden on land, water, and fertilizer, the researchers said. Additionally, researchers write that “environmentally safe disposal of poultry excrement has become a significant problem.” They propose killing two birds with one stone, so to speak, noting that “converting poultry waste to solid fuel… is an environmentally superior alternative that also reduces reliance on fossil fuels.”

The scientists compared two processes that turned poultry droppings into fuel to determine which was more effective. In the first, they heated the excrement to create biochar, a fuel that looks and burns like charcoal. In the second. they made hydrochar using a process known as hydrothermal carbonization that mimics natural coal formation. They found that hydrochar generated 24 percent more energy.

The researchers decided to study poultry litter because its nitrogen, a fertilizer, is more abundant in bird droppings than in the excrement of other animals. As an extra benefit of turning waste into fuel, it might be possible to recover some of that nitrogen and use it to nourish plants.

To be sure, biofuels are expensive, Gross said. “However, there is significant monetary and environmental cost as well to disposing an enormous amount of poop from the coop,” he added. “Crops grown specifically for energy purposes do not represent the best use of resources. However, fuels derived from [poultry excrement] count as a waste-to-fuel.”

This technology could turn waste into a significant source of energy and nutrients, helping to reduce dependence on fossil fuels. “Whether this is going to save the world and its energy issue — surely not — but it can be an important step in the right direction,” Gross said. More research is needed before treated poultry waste can be used as a fuel at coal power stations, “but our study provides the first indication that it could be possible,” Gross said.

Finally, let it not be said that the researchers don’t recognize the humor in their work. They do. They expect their research to become the — ahem — butt of a few good-natured jokes.“You might say that finding an optimum fuel from poultry and chicken droppings is a ‘means from the end,’” Gross said. “Anyone who has been to a farm knows that farms smell from you-know-what. If you can create an efficient system, there’s gold in them piles.”