U650 takes off from water 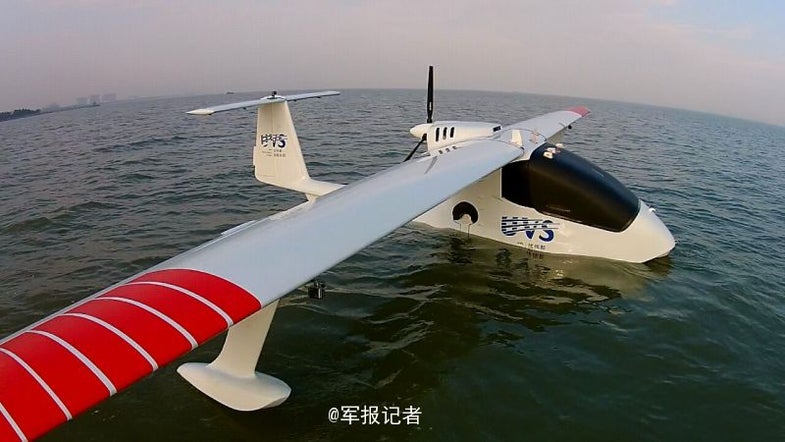 The U650 amphibious UAV is the size of a Predator drone or Cessna utility aircraft, but its carbon fiber construction saves weight, thus increasing its buoyancy and fuel efficiency. Weibo
SHARE 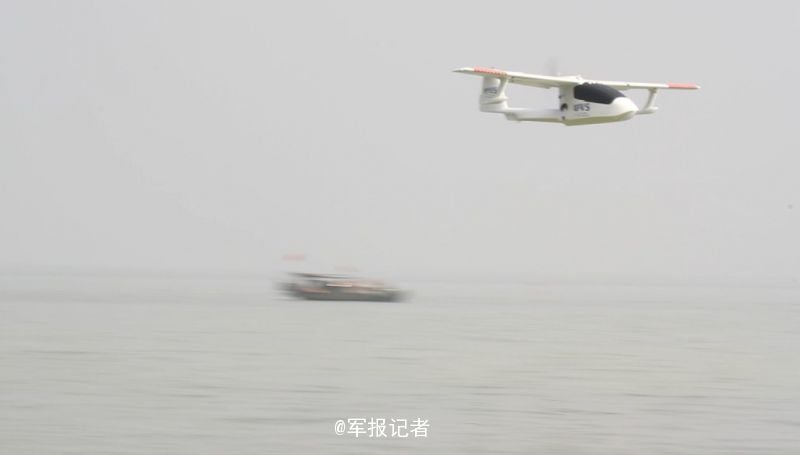 The U650 makes its first test flight, flying off from a lake in Jiangsu, China.

The U560 amphibious drone recently completed its first test flight reports Liberation Daily News, a Chinese newspaper. Flying off of a lake in Jiangsu province, the drone’s flight took 30 minutes. 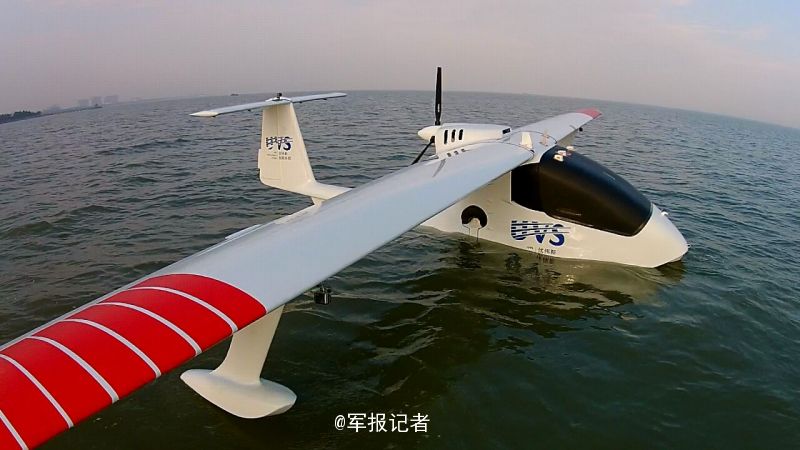 Drones on the Water

The U650 amphibious UAV is the size of a Predator drone or Cessna utility aircraft, but its carbon fiber construction saves weight, thus increasing its buoyancy and fuel efficiency.

Built by Vita Smart Systems Limited, a private sector Chinese aerospace firm, after a three year research study, the U560 has a wingspan of 12 meters and is 6 meters long, roughly the size of a small utility airplane like the Cessna 172 or the Predator B drone. Its lightweight, 98% carbon fiber fuselage enables the U560 to fly with a range of 2,000km on just 150 kilograms of fuel. It’s also sturdy enough to take off and land in rough maritime weather conditions. 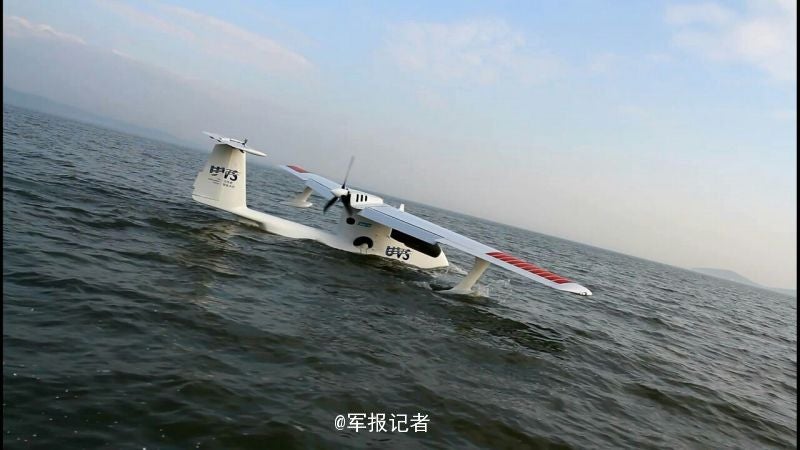 Despite being amphibious, the U560’s top speed of 260km per hour is faster than the Predator’s 217 km per hour maximum speed. Liberation Daily News also noted that the U560 uses satellite communications, datalinks and a measure of autonomy to fly reconnaissance missions with minimal human input, such as using cameras and radar to patrol preselected areas of water for submarine periscopes. The U650 is likely derived from the S-100, another Vita Smart Systems Limited/UVS amphibious drone that debuted at the 2014 Zhuhai Air Show (the U650’s landing gear is retractable).

There is no real comparable amphibious drone in the US system. If the PLAN picks up use of the U560, its large size and amphibious takeoff/landing capabilities could offer Chinese surface warships a fast off board reconnaissance capability, with quite different range and capability than the helicopters, manned and soon unmanned that the US Navy has on board its ships. For instance, a Type 052D guided missile destroyer could hoist a U560 drone onto the water and send it off on a longer range hunt for enemy submarines, warships and missile launchers, or even conduct electronic warfare (much how World War II battleships used seaplanes to scout ahead). The U560’s amphibious and autonomous capabilities also mean that it could be used to supply Chinese island garrisons with a heavy UAV capability.

The Tactically Exploited Reconnaissance Node (TERN) drone is a DARPA project to build a medium UAV takes off like a helicopter, then flips to fly like an airplane, off of small launch areas like surface combatants’ helipads. However, the U650 can son provide the Chinese navy with a different platform that offers similar flexibility.

The future of Chinese unmanned warfare is likely to be not just in the type of platforms they field, but also their integration alongside manned systems, including in roles the US military is not contemplating.