An Island Fit For A Bond Villain

The new lifestyle for the rich and famous 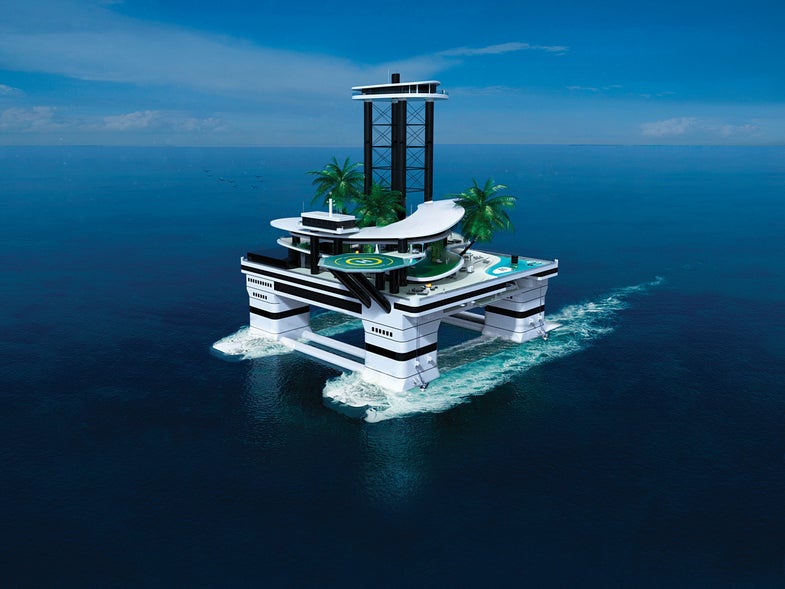 Thanks to climate change, the 1 percent now have a new problem to worry about. As sea levels rise, their private islands are imperiled. With a new concept from Swiss submarine-maker Migaloo, islands no longer have to be so annoyingly stationary. Kokomo Ailand is a custom-built multistory mega-yacht that comes complete with a penthouse, submarine bays, a beach club, and a shark elevator.

Like a cruise ship, Kokomo Ailand is a series of decks. They sit atop two massive pontoons, which remain submerged to keep the craft level. Four submersible towers extend below the pontoons; they house storage, service decks, and the four anchor lines that keep the Ailand in place.

At the edge of the superstructure, an artificial beachfront leads to a pool and an elevator-accessible oceanfront beach club. Above that, there’s a garden deck for sightseeing and outdoor dining, a spa deck with a gym and salon, and a jungle deck with palm trees and waterfalls.

The owner’s penthouse sits 26 stories above sea level, and includes a private gym and glass-bottom hot tub. His (or her) entourage can enjoy the 10 or more suites on the decks below. 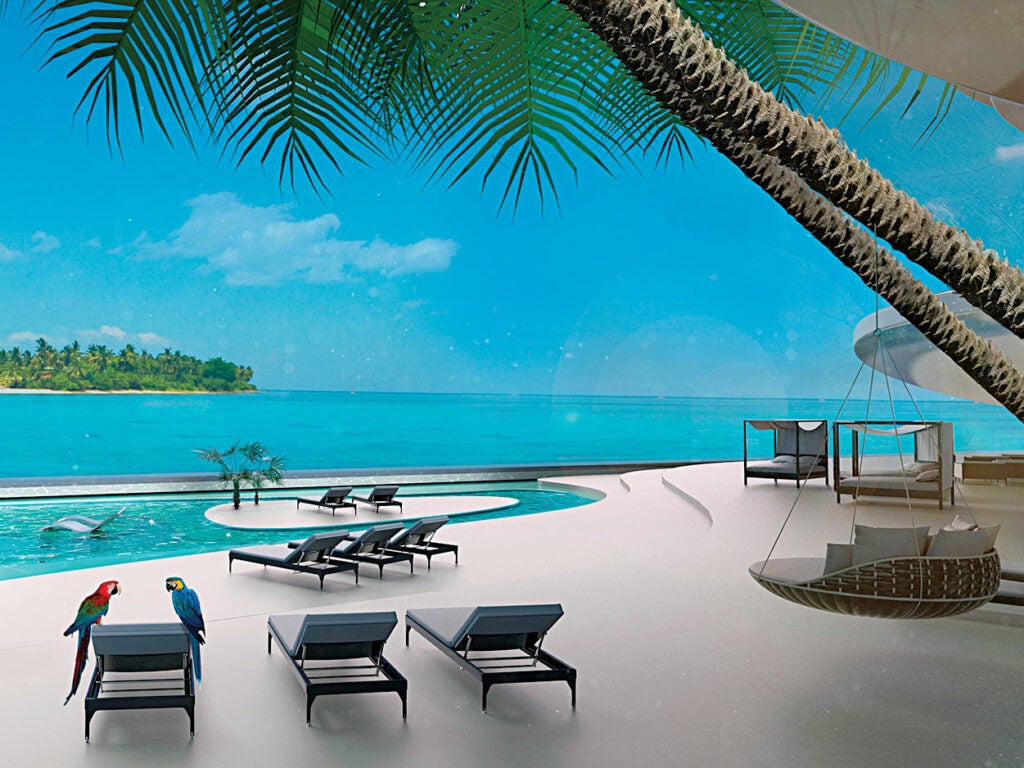 360-Degree Views from Your Own Floating Island

Why travel to a beach when your floating island is equipped with its own?

An elevator drops from the main deck to a viewing pod 10 feet below the ocean’s surface; pressure-proof glass protects those inside from swarming sharks and other sea life. For those who prefer more of a safety net, a glassed-in dining room in one of the support towers also provides underwater views.

The Ailand can accommodate up to four docking bays, custom-built for craft such as sailboats, subs, or even a fleet of personal watercraft. For Hollywood-style getaways, a helipad large enough for a 59-foot, 30-passenger Sikorsky S-61 sits just off the main deck.

Below each tower is a thruster called an azipod, developed in the 1980s for icebreakers and tankers. Unlike propellers, which push the water, azipod blades pull it. This reduces resistance for a smoother (and more-efficient) ride. The pods also rotate 360 degrees, eliminating the need for rudders.

This article was originally published in the May/June 2016 issue of Popular Science, under the title “An Island Fit for a Bond Villain.”