Check Out This Infrared Photo Of A Stealth Fighter 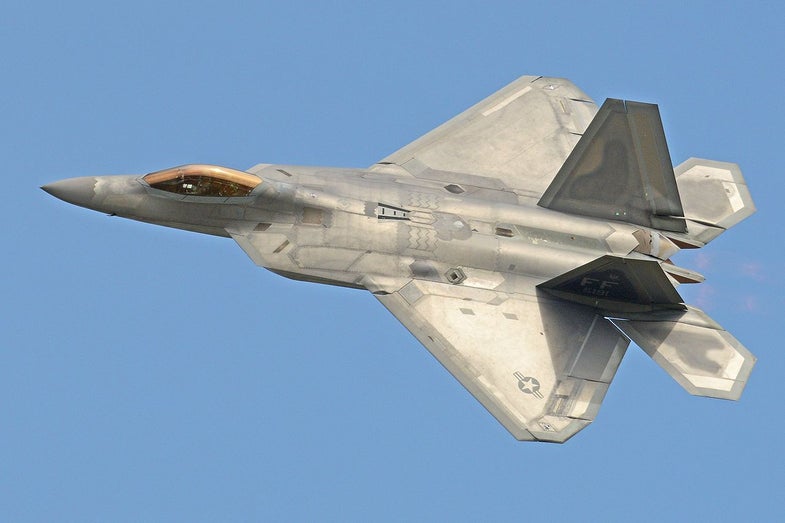 Ever wanted to see what the world’s best stealth fighter looks like in infrared? Thanks to a National Police Air Service helicopter, you now can! A police helicopter in the United Kingdom took an infrared picture of the plane on the ground.

The F-22 is on display as part of the Royal International Air Tattoo, a massive air show. The stealthy fighter is designed to confuse and slip past radar, which can detect at a range far beyond visual sight. That the F-22 shows up on infrared doesn’t diminish its stealth – if someone is close enough to see a Raptor that way, they can probably see it with what the military jokingly terms a “Mark I eyeball.”