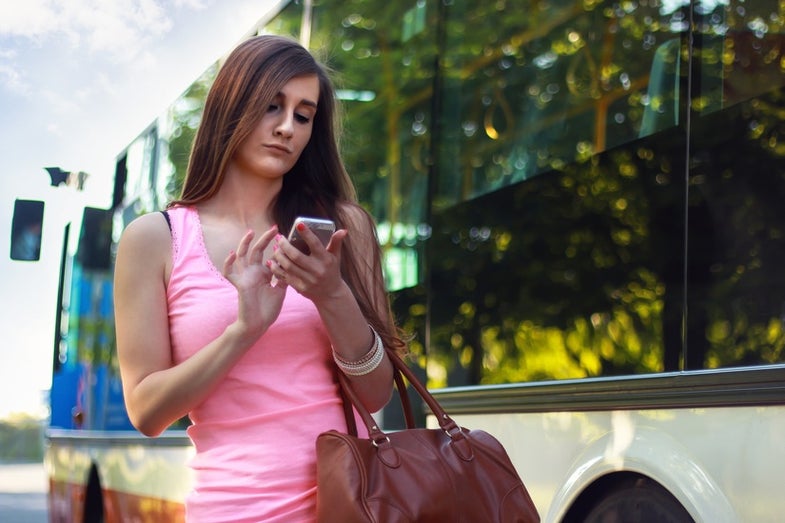 You’ve probably done it once or twice—snapped a photo, or sent a quick text, while walking. Chances are, nothing happened. But recently, one incident turned tragic. Thirty-three-year-old Joshua Burwell was likely taking a photo with his cell phone before falling to his death last week at San Diego’s Sunset Cliffs. His death has drawn attention to distracted walking, the increasingly common practice of walking while staring at an electronic device such as a smartphone or tablet, as CBS News reports.

As cell phones have become more popular in recent years, the incidence of injuries related to distracted walking has risen. In 2010, more than 1,500 people were treated in emergency rooms because of distracted walking, according to a 2013 report from Ohio State University. The number has increased six fold between 2005 and 2010. Some tragic cases, like Burwell’s, have resulted in death.

The reason for these injuries is pretty clear: When you’re looking down at a gadget, you’re not looking where you’re going. As a result, you’re much more likely to veer off course. “For pedestrians, this distraction can cause them to trip, cross roads unsafely or walk into motionless objects such as street signs, doors or walls,” according to a report from the National Safety Council, which is including distracted walking on its annual report this year for the first time ever.

Cities and states know this is a problem, and they’re trying to pass laws to keep citizens safe. Several states have tried fining pedestrians for distracted walking, as many have done for distracted driving.

But the laws have proved challenging to enforce. And although many people know that distracted walking is an issue, they’re having trouble quitting the habit. Instead of combatting it, some tech companies have found a way to mitigate it, by creating apps that allow texters to see the ground in front of them while they walk.

Even in light of Burwell’s death, distracted walking likely won’t go away anytime soon. It’s one of several public health issues, including “text neck” and disrupted sleep cycles, that have reached epidemic proportions as a result of popular new technologies.

Luckily, though, distracted walking is relatively easy to mitigate, even if you can’t kick the habit completely. Just look up.