Equipped with a huge helmet and a handy wrist-attached device, future fighter pilots will have maps, surround sound, radar and... 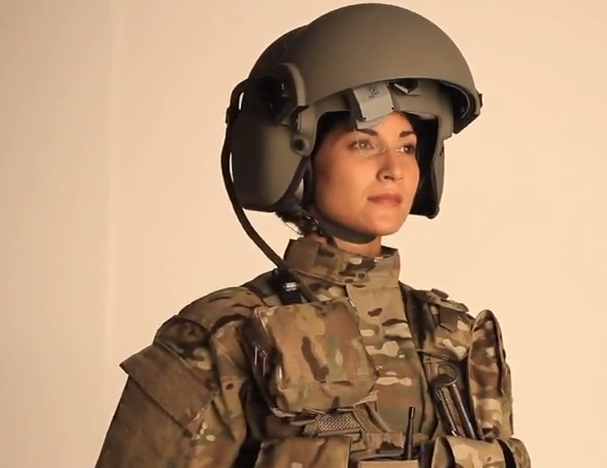 Equipped with a huge helmet and a handy wrist-attached device, future fighter pilots will have maps, surround sound, radar and infrared vision all at their fingertips — even when they’re outside the cockpit. Raytheon’s new Aviation Warrior system, unveiled at the Farnborough Air Show in the UK, gives an airman or woman all the information a pilot might need, all in a wearable system.

The best part might be the head-up display in the form of a monocle. This gives the newly “all-seeing pilot” access to all the data he or she might need. The Aviation Warrior is part of a suite of new tools Raytheon is showing off at Farnborough. 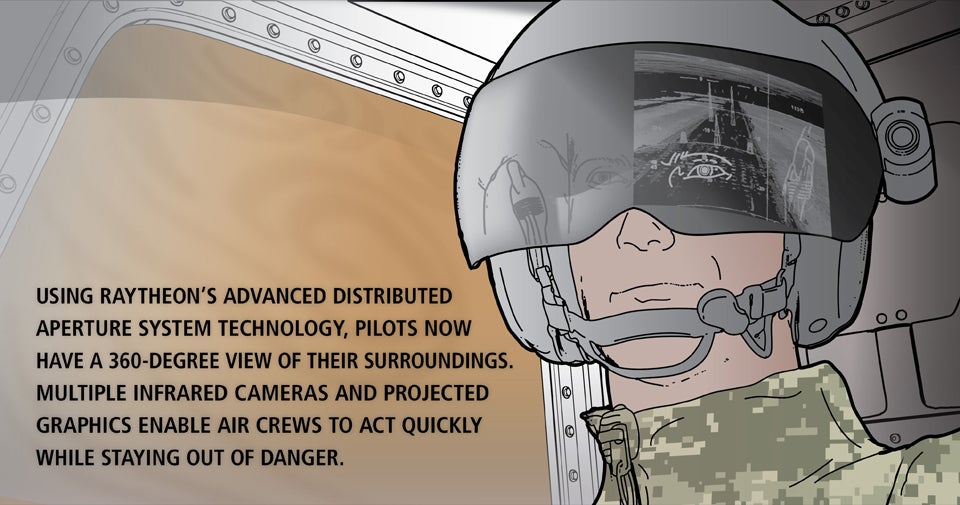 The wearer could hear enemy fire in surround sound, and see with 360-degree vision through sensors positioned around the helmet. The pilot would be able to see in infrared to peer through dust storms or in the dark, according to Raytheon. This would enable a landing in difficult terrain — the system can peer through the floor of a helicopter or airplane.

Remember Scott O’Grady? The American F-16 pilot ejected over enemy territory in 1995 during the Balkan conflict, and survived on grubs and grass for a week. This system could conceivably prevent similar harrowing survival stories in the future, by equipping pilots with all their planes’ 21st-century technologies on his or her body — so it will all work even if the plane itself is ditched. Here’s a video showing how it works.