10 Robots That Are Way More Athletic Than You

Oh, you're a pro swimmer? Well, Swumanoid's an Olympian. 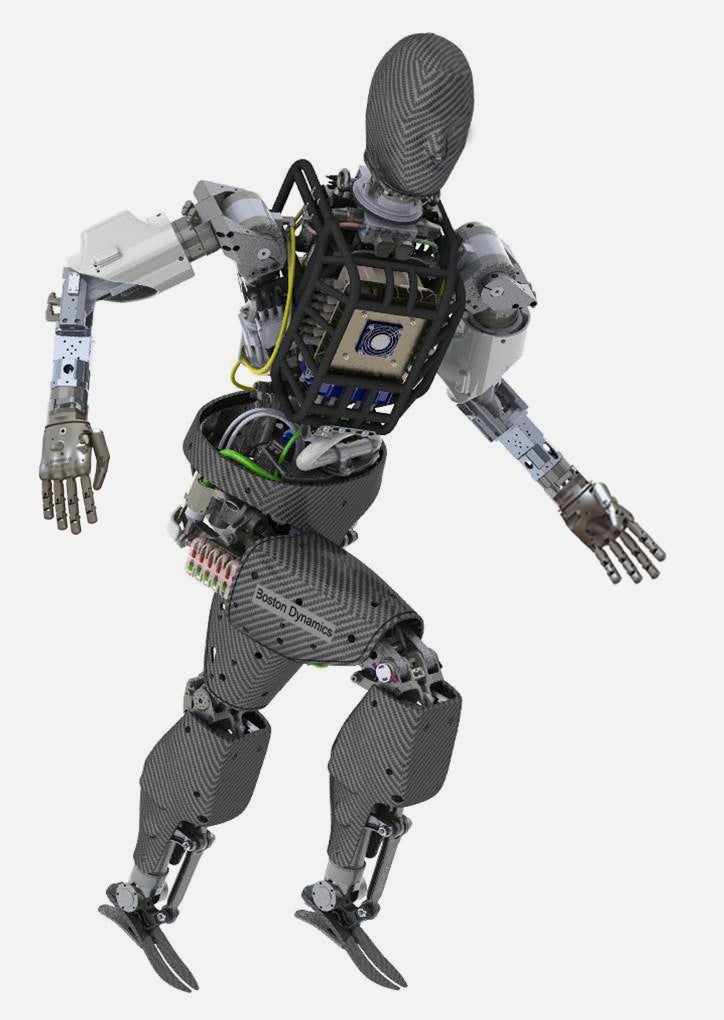 The Gazebo software lets you download a fully detailed virtual model of Atlas, pictured here, one of the world's most advanced humanoid robots. DARPA
SHARE

Maybe you’re really athletic. You’re, say, a great basketball player, or you can do those fingertip push-ups the heroes do in kung-fu movies. That’s great. But whatever you can do, our future machine-overlords can do better. For example…

You can either start training to do gymnastics when you’re six years old, or you can just have this robot, created by YouTube user Hinamitetu, do all the hard work for you. Here, you can witness it do a quadruple-backflip–and stick the landing. Offscreen: robot judges holding up scorecards that all say 10.

You could spend years walking around with books on your head but the second someone hits you with a wrecking ball, you’ll fall over. (Happens every day.) Not so with ATLAS, Boston Dynamics’ humanoid robot with impressive poise.

FANUC Robotics America created the M-2000iA robot to pick up heavy stuff. It is very good at picking up heavy stuff. Like, for example, this 2,550-pound train wheel–basically, more than a Volkswagen Beetle. Plus, the robot lifts the wheel over the equivalent of its head.

The Sand Flea took home one of our Best of What’s New awards for being able to jump really freakin’ high–up to 26 feet in the air. Impressive. Also, in addition to jumping on to buildings, you can see the robot has a proclivity for jumping off buildings, which generally doesn’t turn out well for people.

Yes, this robot seal thing created by Taiwanese researchers is a little weird, but you won’t be saying that when its sinking 99 percent of all shots on you. (Only within a three-meter range, but you try to do that dressed in a seal costume.) You can even move the basket on it, and it’ll still ball like a pro.

You know that game ex-cons play in movies, where they stab the knife on a table in between their fingers? ABB Robotics’ industrial ‘bots would be very good at that game if they were stuck in robot jail or something. Here it navigates a pin between Fanta cans, consistently staying within a 30-micron range.

Researchers built an entire 100,000-neuron “brain” to make this robot, which expertly swats away ball after ball. If the robot misses a swing, the faux-neurons fire in a different sequence until they begin hitting the ball every time. Even in the robot league, 1.000 is impressive.

Swumanoid is a 12-pound, three-foot-tall Olympian. Researchers in Japan used a 3-D scanner to model the body of a former Japanese Olympic swimmer, then made the robot based on the scan. (Swumanoid is half-scale. There was not a three-foot-tall world-class swimmer you somehow failed to hear about.) The ‘bot can’t break record speeds–at half-size it travels at a relatively sluggish .64 meters per second–but that’s mighty impressive for such a small robot. Plus: its freestyle form is consistently flawless.