What Is Ohio State Doing With This Insane Military Vehicle? 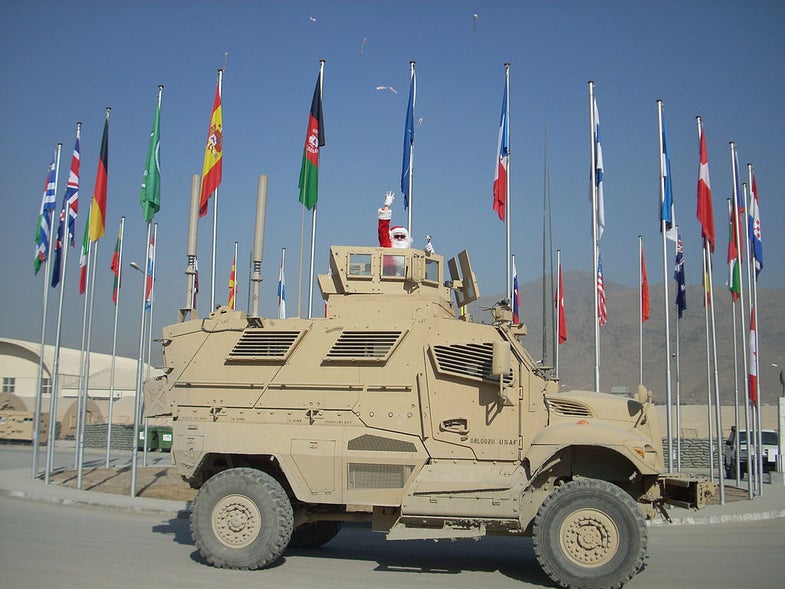 It’s not a tank, but its appearance still screams military, especially on a college campus. According to reporting from the student paper the Lantern_,_ Ohio State University’s police department recently acquired an MRAP, or Mine Resistant Ambush Protected vehicle. Built for the Iraq and Afghanistan wars, MRAPs keep troops safe while patrolling hostile roads in war zones, protecting their occupants from roadside bombs and surprise attacks. It’s unclear how many mines or ambushes Ohio State expects to encounter this year.

According to Ohio State University police chief Paul Denton, the MRAP will be used for “officer rescue, hostage situations, bomb threats, homeland security and active shooter scenarios.” Those are extraordinary circumstances, and the same roles that police SWAT teams use armored cars for. For the most part, according to Denton, the MRAP will just transport officers and be part of events that need a larger police presence, like game days.

MRAPS weigh more than 40,000 pounds, cost about $600,000 a vehicle, and are designed explicitly for the unpredictability of modern warfare. When an MRAP sets off a roadside mine, its v-shaped underbelly deflects the blast away from the troops riding inside. Roadside bombs are used primarily by insurgencies, so MRAPs are useful when the U.S. is fighting insurgents, but the vehicles don’t have much use beyond that. The United States has more than 20,000 scattered around the world, and the Pentagon plans on bringing some home. (Many are also being scrapped and abandonded in Afghanistan, because it’s cheaper than shipping them.)

For OSU, there’s no denying that an MRAP is overkill. The overkilliest of overkill. It is, however, free overkill. The MRAP was donated to Ohio State, and will replace an older armored vehicle the police department had on hand for emergency situations.