Adele Will Not Stream ’25‘ On Spotify, Apple Music, Or Anywhere Else

This is not a drill 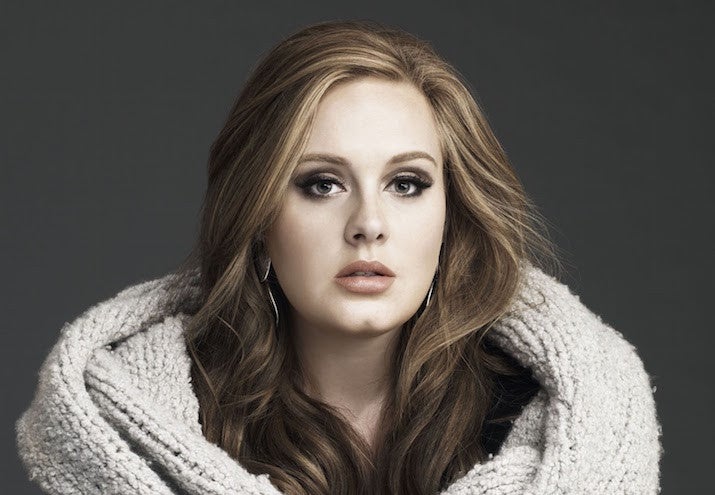 The release of Adele’s upcoming album “25” will bring tear-inducing songs to the stereo systems and the earbuds of millions. But users of Spotify, Apple Music and other streaming methods have something else to cry about regarding the latest piece of news surrounding the “Hello” album. The New York Times reports that Adele’s latest EP will not make its way to streaming sites or apps.

Similar to Taylor Swift’s choice not to make use of Spotify, Adele has opted to forgo streaming altogether when the album is released tomorrow on Friday, November 20.

While streaming services like Spotify and Apple Music provide an easy way for fans to listen to virtually unlimited numbers of songs at one low monthly price, the business model has come under fire as of late due to low returns for the artists involved. Unless you’re a mega star like Adele, making even minimum wage off your music is tough. But if you are Adele, there are benefits to ditch the streaming route too.

Having fans purchase your album outright ensures, as an artist, that you get the most bang for your buck—especially when a record first launches. With the prevalence music piracy (Adele’s album has already leaked online as of this writing), artists are trying every method possible to not only get fans excited for the album, and to get them to buy it.

Some efforts in this realm have worked really well, like Beyoncé’s surprise self-titled album relased exclusively to iTunes in 2013, which used a well-kept secret to build hype. The album being available only on iTunes further allowed Queen Bey to squeeze every last cent out of fans. That plan that was later replicated by Drake, U2, Skrillex and others (though U2 saw a backlash when the album appeared for free on people’s iTunes accounts and couldn’t easily be removed).

Adele’s reluctance to release her album on streaming may not be the most popular choice with fans. But with this being the first Adele album in four years, fans of the singer may have so much pent up Adele-desperation that they won’t mind, or even notice, paying the $10 or more to purchase the album outright.

With a record-breaking 1.1 million copies of the single “Hello” already sold, Adele is in great shape to move a massive amount of music come time for the release of “25.” In a world where many have grown up not paying for music or, at the very least, are only willing to pay 10 bucks each month for access to it all, cases like Adele prove that—while maybe inconvenient—fans are still willing to pay for quality.