“This is a project for our fans,” says Bugatti president 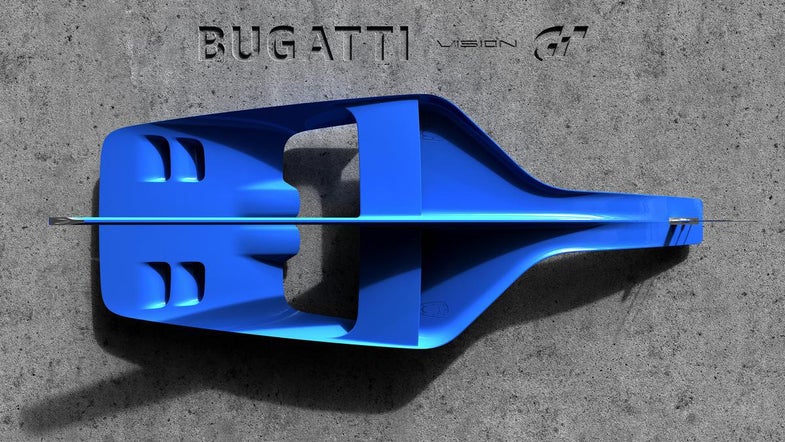 Bugatti doesn’t build cars for just anybody. Its most recent supercar, the Bugatti Veyron, was limited to a run of just 450 cars, and when they were gone, they were gone. Of course, with a $2 million-plus price tag, it did take a while for those 450 Veyrons to find homes.

But the exclusive company has found a way to build a new car for everybody. Bugatti has announced that its next supercar will be featured in the PlayStation Gran Turismo racing franchise. The project, known as “Bugatti Vision Gran Turismo,” will still debut at the 2015 International Auto Show in Frankfurt, though it will not likely be a car you can sit in, or even touch.

Rather than designing a completely unrealistic pixels-only PlayStation car, the Bugatti design team worked to create a car that could take on a real-life race track — if, that is, it were ever built in real life. While the car will likely be “outlandish,” according to the press release, it will give fans a taste of what the next drivable Bugatti might look like. (The photo shown here, from the accompanying the release, does no such thing.)

This isn’t Bugatti’s first time in a racing game. The Veyron debuted in Forza 3, and has been a fixture in that Xbox series ever since. But it is the first time the French company is designing a digital car just for the millions of gamers — most of whom, it’s probably safe to say, will only ever drive a Bugatti made of bytes.